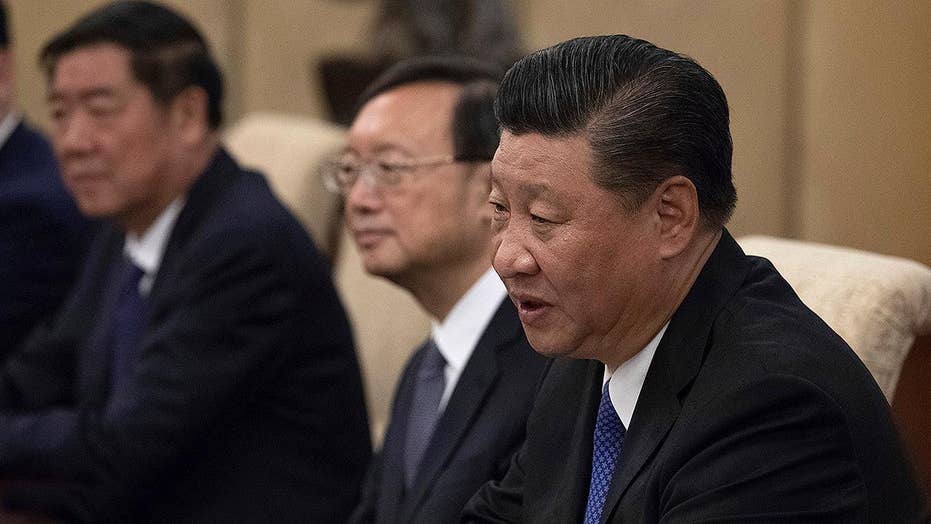 Report: China will hit back if US imposes more tariffs

The American people, some businesses and the nation’s health care will all be harmed to a considerable degree by the imposition of tariffs President Trump announced Monday on $200 billion worth of Chinese products imported into the U.S. each year.

Once final, the tariffs are expected to increase the price of many items from China that Americans buy.

President Trump said in a statement: “The tariffs will take effect on September 24, 2018, and be set at a level of 10 percent until the end of the year. On January 1, the tariffs will rise to 25 percent. Further, if China takes retaliatory action against our farmers or other industries, we will immediately pursue phase three, which is tariffs on approximately $267 billion of additional imports.”

During the summer, President Trump imposed tariffs on $50 billion worth of Chinese products. The new tariffs come on top of these.

China responded to the opening shots of this new trade war with $50 billion in tariffs of its own on U.S. products sold in China. Expect Beijing to again respond in kind, dollar for dollar, yuan for yuan, to these latest levies.

President Trump has said that increasing U.S. tariffs will encourage investment in American industry, bring jobs back to the U.S. from other countries, reduce our nation’s trade deficit with China and address concerns about Chinese theft of American intellectual property.

Those are all laudable goals. Indeed, they’re important and worth fighting for. But raising tariffs on products from China won’t get America where the Trump administration and top trade advisor Peter Navarro want us to be.

Ultimately, tariffs are another tax and patients will be the ones who pay the steepest price.

Consider the impact of the tariffs on medical imaging equipment, apparatus and parts.

This is a sector of the economy where American remains the undisputed global leader. A high-tech and high-growth industry, medical technology has been hailed as “an American success story” by dozens of bipartisan members of Congress.

Driven by a desire to lead the world in innovation and create cutting-edge technology to improve patient diagnostics, the industry is also good for the U.S. economy. Last year it supported nearly 2 million American jobs and generated over $52.5 billion in exports, as well as a $1.1 billion trade surplus with the world.

In other words, medical technology is an industry that should be commended – not hamstrung.

But when it comes to medical technology, it is clear that raising tariffs runs counter to the idea of putting American patients and workers first, however unintentionally.

Higher tariffs on Chinese imports will impede patient access. For instance, tariffs likely will divert dollars away from valuable medical innovation to pay a tax on component parts that a U.S. company manufactures in China and then ships to the U.S. for final assembly by American workers. Complete systems are sold to U.S. health-care providers or exported. Tariffs on Chinese component parts will wipe out some American jobs.

According to a recent survey conducted by the Medical Imaging & Technology Alliance (MITA), an association representing companies whose sales comprise more than 90 percent of the global market for advanced medical imaging technology, the tariffs would cost companies nearly $140 million per year.

This money has to come from somewhere. To help make up for the shortfall, surveyed companies unanimously planned to reduce their U.S. workforces and decrease their investments in research and development to fund this new and unnecessary expense.

Not only does this threaten jobs for American workers today, but it jeopardizes America’s position as a global leader tomorrow. U.S. companies and their employees have worked hard to get ahead, and tariffs will only end up punishing them. Further, the tariffs will undercut the competitiveness of American medical technology companies, helping foreign companies – many of which are, ironically, from China – catch up.

This issue is more than just dollars and cents. Patients are not immune to the downstream effects of the tariffs. A small medical equipment company told MITA that it has heavily invested in streamlining so that health-care providers can purchase equipment at a lower cost and pass the savings onto patients.

Because it is not possible to immediately halt component manufacturing operations in China, the company will have little choice but to scale back investment or pass on the tariff price increase to health-care providers.

Ultimately, tariffs are another tax and patients will be the ones who pay the steepest price.

With 9 in 10 Americans consistently complaining about the surging price of health-care and only 22 percent of Americans supporting the deeply unpopular tariffs, it is difficult to see how this policy works for them.

These harmful outcomes are not inevitable. Policymakers have the power – and choice – to remove medical technology from the list of tariffs. It is that simple.