'Battle in the Holy City' is a story about the undercurrents. On the surface, things may look still. Underground, a silent battle is being waged for control of Jerusalem.

If you think you know the story of Jerusalem, think again. There are the stories in the newspapers, there are the stories politicians will tell you, and then there’s the real story. The underground story. Religious shrines on top of religious shrines. Empires on top of empires. Faiths battling faiths. The Western Wall, the Temple Mount, the Church of the Holy Sepulcher, and the Al-Aqsa Mosque. Jews, Christians, Muslims — all within steps of each other. Everyone claims Jerusalem as their home.

On the surface, things may look relatively still, but underground, a silent battle is being waged for control of Jerusalem. Our story will take you to powerful and ancient places where cameras have never been before, with exclusive footage, access and candid interviews with real power brokers of this historic city. This documentary reveals the real story of Jerusalem.

A LOOK AT WHAT COMES AFTER NETANYAHU'S SEEMING WIN IN ISRAEL

We all know the Biblical heritage of Jerusalem, chief among them Abraham, Isaac, King David, Solomon, Herod, and Jesus Christ. Central to this heritage are two holy Jewish temples — the last destroyed nearly 2,000 years ago — that serve as the epicenter of the Jewish faith. Today, a Muslim holy site sits on the location of those temples, with the site of Jesus’ crucifixion and burial just steps away. In an exclusive interview for “Battle in the Holy City,” Israeli Prime Minister Bibi Netanyahu calls Jerusalem “the most explosive square mile on Earth.” He’s right.

Divine intervention, empires, crusades, and wars have forged the history of Jerusalem, leading to the status quo that currently exists. But just like 2,000 years ago, the “facts on the ground” are continually contested and shifting. Today, a new battle is being waged for this Holy City, and most of that fight is happening underground — literally. Politics, money, artifacts, and outside force are staking their claim to this holy ground; even America has declared Jerusalem to be Israel’s capital. But what makes today’s fight different than previous generations? 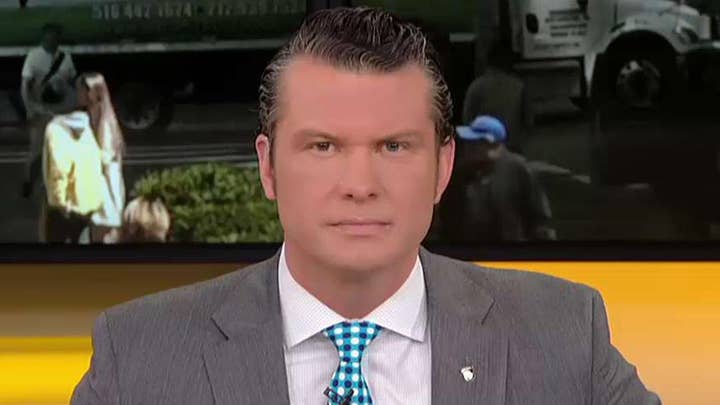 Today, a new and insidious narrative is taking hold. Powerful Muslim leaders and groups — including the imam of the Al-Aqsa Mosque on the Temple Mount, who we interviewed in the film — have taken a new approach to staking eternal claim to Jerusalem. In recent years, for the first time ever in the history of this Holy City, they are making a bold claim: there never was a Temple. No King David. No Solomon. No Jesus overturning the money-changers at the Temple. They deny the history. They say it never happened. They are Temple Deniers.

Many Jews were expelled from Jerusalem in the 20th Century, and groups are working hard to reclaim those lands — house by house, street by street.

Their denial is a recent phenomenon. Up until 1950, all of the Muslim guidebooks to the Dome of the Rock (another name for the Temple Mount) published by the Supreme Muslim Council in Jerusalem contained the following (obvious) statement: “The site [of the Dome of the Rock] is one of the oldest in the world. Its sanctity dates from the earliest (perhaps from pre-historic) times. Its identity with the site of Solomon’s Temple is beyond dispute.” After 1950, that reference disappeared. Slowly, and intentionally, Temple denial has become the dominant narrative amongst Palestinian and Muslim advocates.

Why would powerful Muslim leaders and groups deny the temple of the Bible? Why deny history? Worse, why destroy history (as has been happening on the Temple Mount in recent years)? Because if you deny (and destroy) Jewish claims to the Temple and the old city of Jerusalem, you can justify denying Jews further influence in the city. By denying the Temple, you deny the State of Israel. By denying the Temple, you rally the outside world to see Israel as an “occupying force.” The goal is to control the entire city—as stated in the film by Muslim leaders — as a means to prevent the Jewish state. Their goal is to control Jerusalem.

But, as they always have, the Jews persevere — embarking on their own counteroffensive grounded in history, archeology, and science. “Battle in the Holy City” takes you to places never before seen that prove the Jewish connection to the city. We explore the Western Wall tunnels that reveal the scope of the ancient Temple. We take you to the City of David, one of the world’s largest archeological sites — revealing archeological proof of Jewish heritage, all the way back to King David. And we explore efforts to legally purchase back Jewish homes throughout Jerusalem — under threat of imprisonment and death. Many Jews were expelled from Jerusalem in the 20th century, and groups are working hard to reclaim those lands — house by house, street by street.

Jerusalem is just as contested in 2019 as it was in the times of Jesus. “Battle in the Holy City” will take you there.