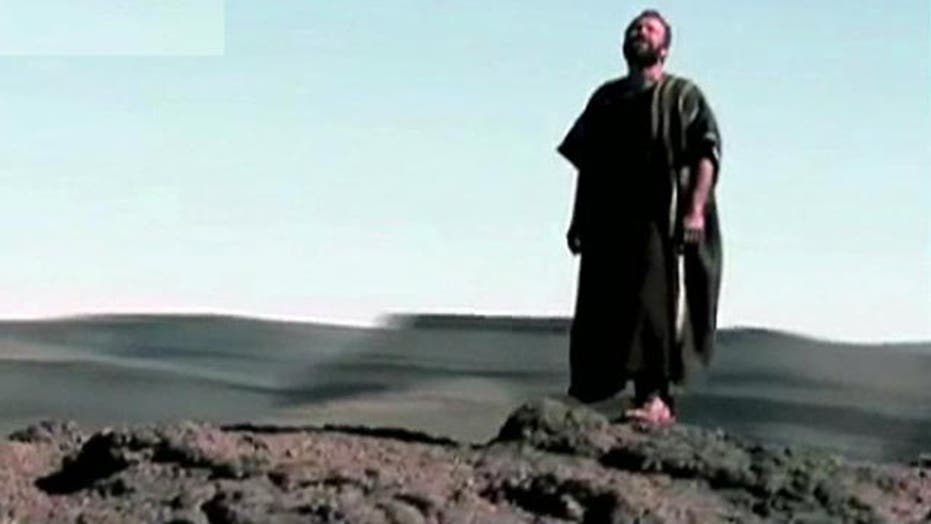 Behind the upcoming film 'Persecuted'

This past week I traveled a lot; from Los Angeles, to New York and finally DC to honor our troops for a Flag Day concert. Ironically, my journey from LA to DC had a fascinating link I would have never predicted; connecting my very first movie experience to the freedoms we enjoy in our nation. In L.A., I participated in the Variety Faith and Family Movie Summit promoting my first movie "Persecuted" premiering July 18th.

In the movie I play Diana Lucas, a journalist who asks tough questions of the main character at the beginning of the movie. I'm also involved in the cliffhanger at the end. I guess that meant I couldn't be cut!

The film's a thriller that focuses on two rights in America that are sometimes taken for granted; freedom of religion and freedom of speech. The main character is an Evangelist whose framed for a crime he didn't commit and persecuted for holding firm to his religious beliefs.

Every day in the news business, I report on stories just like this. Christians or people of other faiths are persecuted simply for standing up for something they believe. Right now a Christian man is being held in an Iranian prison simply because of his faith. The intolerance seems crazy but it's happening a lot more than you might think. The question "Persecuted" makes you ask is: Could the fictional movie plot ever happen here?

Well, that brings to me why my trip to DC from LA via New York was so important. My family and I were fortunate enough to go to the National Archives and see firsthand the original documents that made this nation the greatest in the world. The Declaration of Independence. The United States Constitution. And then, The Bill of Rights

Our guide told us he had escaped Afghanistan as a young man when the Russian Army swooped in and stole him from the streets. Through Pakistan, India and Iran he eventually made his way to America and is now an American citizen. To say he's a proud American would be an understatement.

Inside the Archives, the lines were crazy in front of the Declaration of Independence and the Constitution. But sadly for our guide, few people bothered with what he sees as the most important document in our nation's history. Why do people pass by The Bill of Rights in such quick fashion and not focus on what really defines our nations' freedoms?

I know from speaking freely about my Christian faith on national TV that some people don't like like. I'm an easy target for those who somehow feel threatened by my beliefs. I know my participating in the movie "Persecuted" the same people may come out with their same tired lines.

But I also know The Bill of Rights allows me to say exactly what I feel without the possibility of persecution. I think.

Do you take the Bill of Rights for granted? Would you hold firm to your beliefs even in the face of harsh criticism? What about if you were framed for a crime you didn't commit?

This is why "Persecuted" is so important for all of us to see.

Gretchen Carlson is the host of "The Real Story" on the Fox News Channel. She's also the first classical violinist to become Miss America, a wife, mom, Sunday School teacher and very excited to be a first-time movie actress. Persecuted is released in theaters across the U.S. on July 18th.