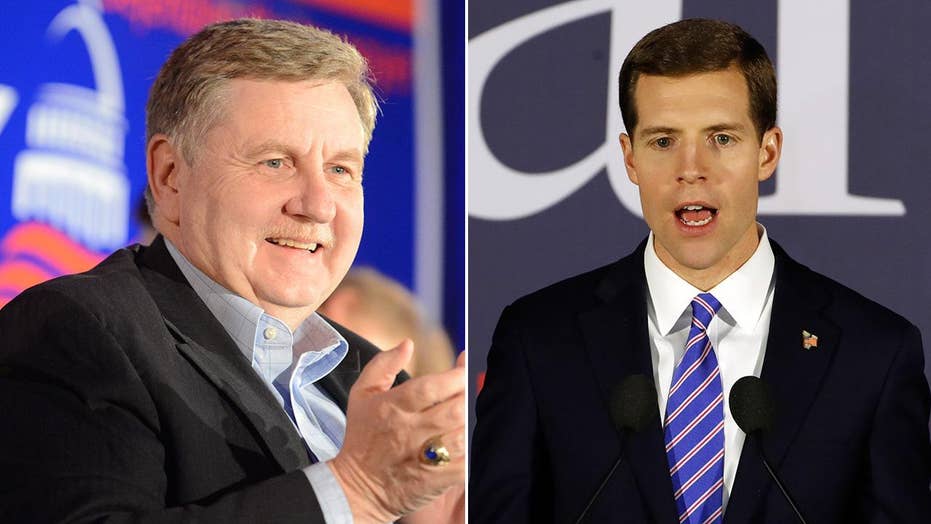 What does it mean for the midterms? Republican strategist Noelle Nikpour comments in on 'Fox & Friends First.'

Lamb was ahead by just a few hundred votes – less than a percentage point –  in a district near Pittsburgh that Donald Trump carried by 20 points in 2016. Based on the numbers, Republicans should have been able carry their candidate, Rick Saccone, to an easy victory.

With the race so close, Republican officials said they will seek a court order to impound voting machines pending a recount.

Lamb’s strong showing, which will probably result in his victory, is the clearest signal yet that Republicans are in trouble heading into the November congressional elections. The trends line should make it clear: the GOP is going down, slowly, but down.

Now that the economy is no longer flat on its back, Republicans need to talk about the future. They need to address education, spending and the cost of health care – issues that show up atop most polls as being of major concerns to voters now that they feel better about jobs and the economy.

But Republicans have lost nearly 40 state legislative seats in special elections – in some cases seats they have held for decades – since November 2016. For those in charge of the party, the trend should be alarming.

Each race can be discussed on its own. Many of the losses have been blamed on bad candidates and bad campaign strategies. Indeed, the post-election spin around the Pennsylvania race is already starting to shape up that way.

Republican Saccone has been labeled a weak candidate and a poor fit for the district. At the same time, Lamb is being hailed as just the kind of conservative-to-moderate military veteran the Democrats need to win back the House in November.

All that may be true, but this was just one race, the dynamics of which will be hard to repeat.

Republicans are in trouble not just because of President Trump and his poor approval ratings. On a national level, they haven’t developed a strategy for victory in the upcoming election. They’re running around the country campaigning to get America to embrace a tax cut that’s already been enacted – but voters want to know what politicians are going to do for them or to them in the future.

The GOP majority in the U.S. Senate got moving after the Republicans lost the special election in Alabama in December. Losing that seat, in a state President Trump carried by 28 points, was like a bucket of cold water to the face of Senate Majority Leader Mitch McConnell, R-Ky., and others who realized they needed to break the logjam.

Self-preservation, the most important single thing to any member of the Senate, overtook most other political concerns on the GOP side. Hopefully, the Pennsylvania race – no matter who eventually ends up the winner – will have the same effect on House Speaker Paul Ryan, R-Wis., and other members of the GOP leadership.

In the short term, now that the economy is no longer flat on its back, Republicans need to talk about the future. They need to address education, spending and the cost of health care – issues that show up atop most polls as being of major concerns to voters now that they feel better about jobs and the economy.

It’s alright to talk about what it would mean to have Rep. Nancy Pelosi, D-Calif., become speaker in a Democratic House and how the Democrats have already promised to raise taxes by $1 trillion or more if they regain power. But the Republicans have to offer a meaningful contrast – one that doesn’t necessarily involve the president – hard as that may be.

The voters, especially the ones the GOP needs to stay in charge, want to see some daylight between President Trump and Congress.

Some years ago, the marketing geniuses in Hollywood pushed a horror picture on the American public using the tagline “Be Afraid … Be Very Afraid.” If the Republicans are smart, especially Republicans in the House, they’ll adopt the same words as a mantra as the November elections draw closer to warn voters not to elect Democratic majorities in Congress.