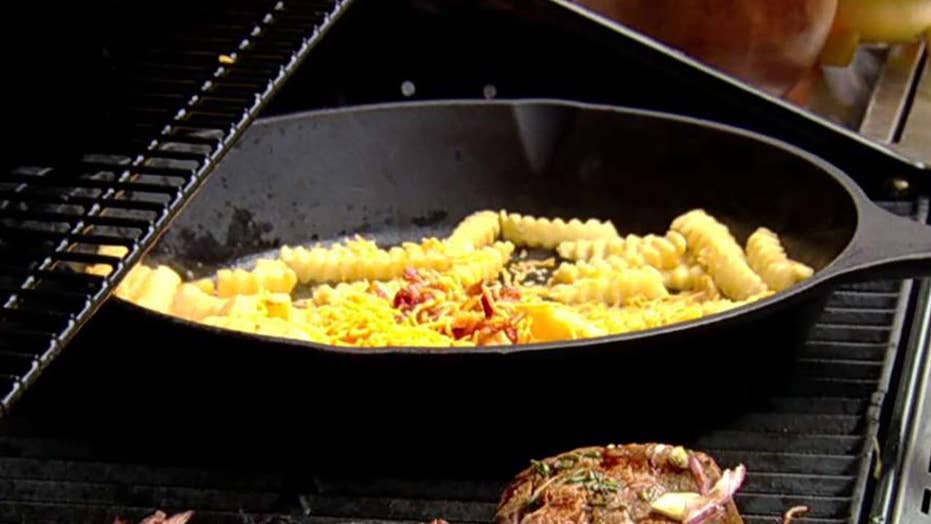 From wartime rationing of aluminum and electricity in the 1940s to long gas lines during the energy crisis of the 1970s, America has faced its share of serious and consequential shortages over the years.

Cold and wet weather across the heartland has resulted in a depressed potato crop this year, a fact that threatens and complicates restauranteurs' ability to serve America’s favorite side dish of sliced and fried strips of potato.

According to the U.S. Agriculture Department, the average person eats over 115 pounds of potatoes a year — and more than two-thirds of them in the form of a processed potato product, with fries leading the way.

Potato shortages can be no laughing matter, of course. Ireland’s “Great Potato Famine” between 1845 and 1849 not only caused over one million deaths but also forever changed the country’s demography and culture — and the world’s, for that matter.

If you think about it, millions of us who enjoy an Irish heritage can trace our very existence and American citizenship back to the shortage of potatoes. Faced with a bleak future on “The Emerald Isle,” my mother’s great grandmother emigrated to New York in the 1860s. Over a half-million joined her.

The upside of misfortune — the silver lining of a dark cloud — is almost never appreciated in the midst of the turmoil. It’s only after the fact when we’re able to connect the dots, that we’re able to see how good things often come from bad.

I feel bad for America’s farmers who are struggling, not just over a bad spud crop this season, but who are constantly battling the elements and weathering the storms in order that we may enjoy fine and affordable food.

It’s fair to say that we take our nation’s agricultural workers for granted. Often working long hours, and in very challenging weather, they’re heroes in my book. Techniques and traditions have changed, but President Dwight Eisenhower, who hailed from Kansas, was right when he said, “Farming looks mighty easy when your plow is a pencil and you’re a thousand miles from the cornfield.”

Our nation’s love affair with the french fry goes back to our founding. Historians will tell you that Thomas Jefferson’s White House table included "potatoes served in the French manner." But it wasn’t until the explosion of fast-food restaurants in the middle of the 20th century that fries became an accompanying staple with such favorites as hamburgers, chicken and hot dogs.

Our nation’s love affair with the french fry goes back to our founding. Historians will tell you that Thomas Jefferson’s White House table included "potatoes served in the French manner."

Growing up, french fries were hands down my favorite vegetable. My first memory of them dates back to being 4 or 5 years old. Nunley’s was a classic old amusement park located just a block away from our house in Baldwin on Long Island. Opened in 1940, the centerpiece of the park was an ornate carousel, a magnificent ride that first operated on Brooklyn’s waterfront.

But it was the snack bar beside the high-dome ceilinged room that drew my greatest attention and affection. Behind a long counter stood two or three burly men in white outfits who were hunched over sizzling, stainless steel fry cookers. They used to serve fries in white paper sacks and the hot grease always threatened to break through the bottom of the bag.

If you’re a fan of the french fry, you likely have your favorite cut — thin or thick, waffle or curly, seasoned or plain. I prefer thin and extra crispy. Just before my mom died, we stopped at Sonic one day and introduced her to tater tots. She said she couldn’t believe she had survived almost 80 years without them.

Because this is the 21st century and smart people solve all kinds of problems far more complex than too few American potatoes, I’m sure none of us will go for want of french fries this coming year.

But even if we did, like those of us who enjoy American citizenship because of a previous potato shortage, we’d probably be better off in the long run