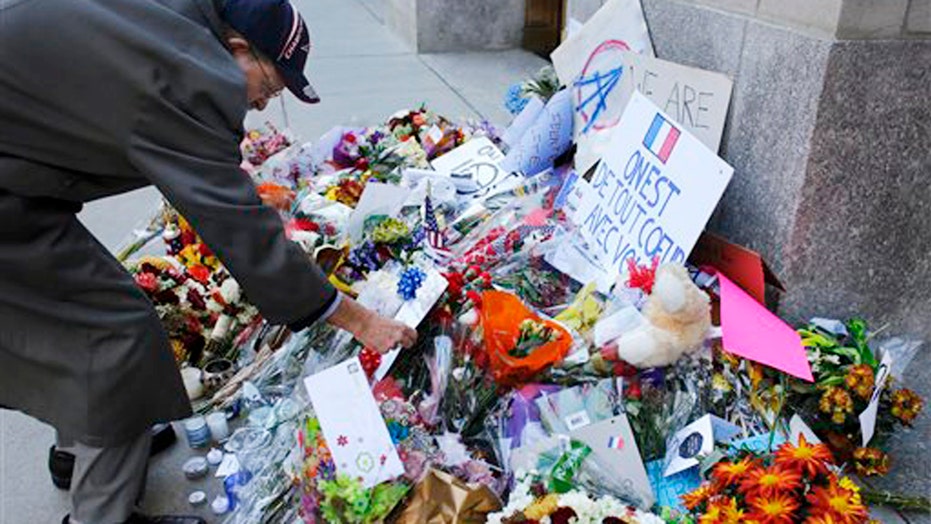 Timeline of Terror in Paris

Rather than sympathize with those were actually oppressed in Paris by rampaging jihadists, Black Lives Matter aficionados took to Twitter with the hashtag, “#F***Paris.”  Such was the degree of upset that an attack on a NATO ally might temporarily distract the stream of liberal politicians pandering to the cop-hating Black Lives Matter movement.

The logic of the #F***Paris tweets is a little hard to follow, but there were many allusions to France’s colonial past in Africa.  One activist lamented that French law prevents people from covering their faces, which is a bummer for those wishing to don headwear for religious or criminal purposes.  The fact that France, like America, has become one of the greatest multicultural societies in history, with equality before the the law for all, seemed entirely lost.

Sensing that using the F-word on a European ally under attack by ISIS might not be great politics—even among today’s “progressive” Democrats—some of the higher-ups in Black Lives Matter intervened.  After all, it’s not like these victims were just stabbed Israelis, whom some liberals see as simply getting their comeuppance, but in fact came from France, the socialist icon lefties most want America to become.

Maybe this latest act of crazy by Black Lives Matter will get politicians to pause before pandering. But probably not, which means that cops who put their lives on the line for us will keep getting hung out to dry by urban liberals

Shaun King, a leader of Black Lives Matter, stepped in. But King, who has been accused of lying about his race and recently called Milwaukee County’s black sheriff an “uncle Tom,” didn’t actually denounce the F-bomb throwers; he just denied their existence.

In a tweet of his own, King said the negative stories about #F***Paris were “just lies,” despite an indelible Twitter trail that says otherwise.  He no doubt wishes his minions would have retreated to safe spaces at Yale and other universities where the precious may find solace from unhelpful ideas and facts--rather than positing their repugnant views on the Internet.

By Monday evening, Black Lives Matter participants were back to their usual activities, temporarily closing a freeway in Minneapolis —that well known hotbed of racial intolerance.  As usual, those involved accused the local police of murder and unwittingly played into the hands of politicians who would prefer attention be applied anywhere other than failed liberal policies that have dominated urban America for decades.

All of this might be amusing if it were limited to the fringes of political debate.  However, both Hillary Clinton and Bernie Sanders have pandered increasingly to Black Lives Matter, and they have been joined by a string of other Democrats.  In 1992, then-candidate Bill Clinton condemned Sister Souljah for pouring fuel on racial fire and calling for violence.  This now seems like a quaint relic of a long-gone moderate streak in the Democratic Party.

Maybe this latest act of crazy by Black Lives Matter will get politicians to pause before pandering.  But probably not, which means that cops who put their lives on the line for us will keep getting hung out to dry by urban liberals.

Meanwhile, the biggest losers are minorities in these cities who want safer neighborhoods and better lives.  There’s not even a hashtag for them.