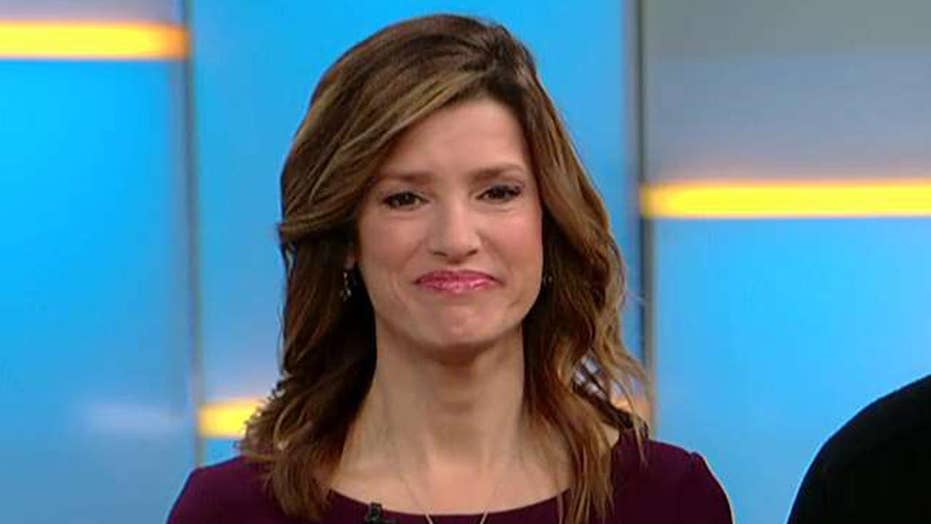 Sam Sorbo: Films coming out of Hollywood are not uplifting

Kevin and Sam Sorbo discuss the inspiration behind creating 'Let There Be Light.'

The recent Texas church shooting, the terrorist driving a truck through a crowd in New York City, and the Las Vegas massacre may seem shocking – but to anyone who has been paying attention, they should not.

Our culture is undergoing a hostile takeover. American society used to be governed by Judeo-Christian do-unto-others morals. But we have drifted (been pushed, really) into a hedonistic YOLO (You Only Live Once) cultural morass. The upshot of this is a distinct lack of respect for human life in general, as well as a pervasive, insidious obsession with self.

This is the “me” generation, the “selfie” culture, the “entitlement” mentality. And what is entitlement, except the narcissistic assumption of deserving and demanding what is not earned?

Our cultural crisis is exhibited by egotistic multimillionaires demonstrating on football fields against the police instead of seeking solutions to rampant inner-city violence; coddled young people demanding free birth control and socialized health care; and even the major media ignoring the corruption trial of Sen. Robert Menendez, D-N.J.

No amount of self-love can fill the God-shaped hole in someone’s heart. We are created and called to love each other, and no self-absorbed spa treatment or Instagram post can supplant our innate yearning for love from God.

Another example of the crisis is the lack of attention the mainstream media are paying to the Clintons’ collusion to sell Russia 20 percent of U.S. uranium.

We’ve replaced our moral imperative to do what’s right with a personal obsession of what’s in it for ME?

But no amount of self-love can fill the God-shaped hole in someone’s heart. We are created and called to love each other, and no self-absorbed spa treatment or Instagram post can supplant our innate yearning for love from God.

The spirit of our time is gradually revealing in our culture a subversive, resolute, and increasing hatred toward God and Christianity, and an irresistible temptation toward evil that betrays man’s innate desire for power: a longing to be God.

The Harvey Weinsteins of the world (and they are myriad, both in Hollywood and out) seek to force others to do their will, much like they envision a capricious God would be, if they believed in such a being.

It is much easier, however, to deny God than to acknowledge him. God, being good, condemns evil-doers. So, like a child throwing a tantrum in a toy store, some people must deny the existence of God and his inherent goodness, and lord their power over weaker people. “I can make you watch me shower.”

Society, still trading in our inherited moral capital, might verbally condemn the behavior. But that’s just lip-service, because we’ve succumbed to the YOLO moral relativism and forgotten our metric for right and wrong.

“I forbid you to see me as a sex object,” screamed the gal in the pink hat! And those who claim they wanted to expose the bully – and they all say that now – confess they were too afraid of retribution. Translation: I like my money and position more than I believe in right and wrong. “Followers” on social media beat morals every day of the week in YOLO land.

When a righteous dad wanted to expose a high-powered elitist climbing in bed with youngsters, the Hollywood leftists and atheists sided with the pedophile over the conservative. Status is more important than virtue in YOLO land.

The growing YOLO culture seeks to silence the stalwart dissent of facts. Feelings are more important than truth in YOLO land.

Threatened by disagreement and privilege, yelling triumphs over logic. The YOLO culture seeks not content of character, but equality of outcome. Hatred is so much easier than forgiveness.

Self-destructive loathing and jealousy stems from the hypocrisy that started in kindergarten, when children are taught: You are an accident of nature, and survival of the fittest is the law of the land. Now, don’t bully.

And so, they distrust the dark abyss of irreligion, even as they embrace it.

Attacks against the only one who preached forgiveness and grace, goodness and love – and any who support him – will increase: He challenges the YOLO worldview taught in public school.

As it becomes more and more costly to be an adherent of Christianity, with stories of the persecution of bakers, florists, teachers, and T-shirt makers splashing across newspapers every day, the truth gathers defenders.

Though meant to intimidate us, these stories do the opposite. They galvanize Christians to stand firm in the light of understanding, and the peace that surpasses it.

The people who still trade in the Judeo-Christian ethic of “love one another” and “life has value” are not called simply to defend their position, but to fight for it, before the overwhelming tide of YOLO selfishness inundates us with the intolerance and bigotry integral to the religion of self.

The YOLO culture divides people against the each other.

To survive and prosper as a nation, we must reaffirm our Judeo-Christian heritage, indivisible, under God. Because if you only live once, it’s survival of the fittest, and it’s all about you, then laws are meaningless.