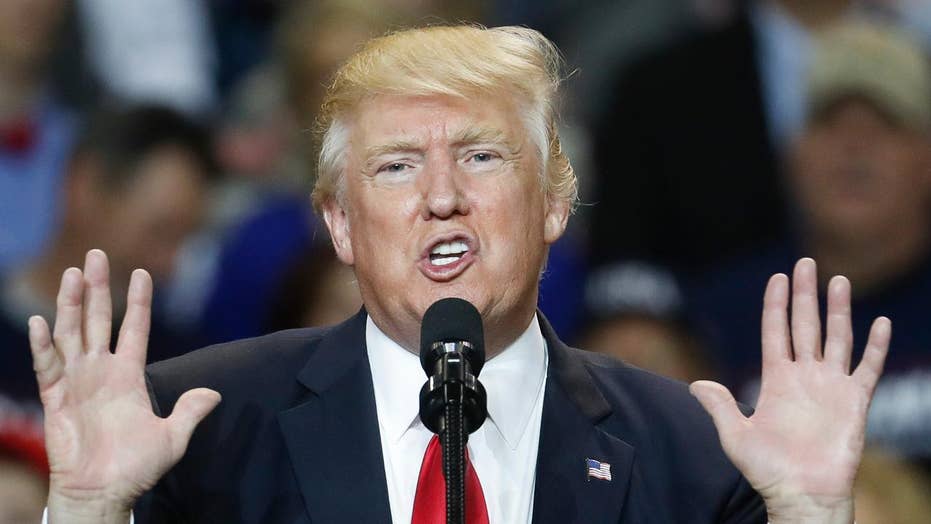 Trump: We must unite to repeal ObamaCare

In a last-minute bid to ensure the success of the American Health Care Act, Republican congressional leaders and the Trump Administration are close to an agreement that would repeal one of Obamacare’s most significant regulations, its “essential health benefits” requirement. This should be welcome news for conservatives seeking repeal of the law, but it’s even better news for consumers looking for lower health insurance premiums.

Conservatives have long argued that the essential health benefits requirement in Obamacare most represents the law’s aggregation of power in the federal government. This provision gives Washington the authority to determine precisely what benefits every health insurance plan sold on ObamaCare’s exchanges must cover. It’s also at least partially responsible for the rapidly increasing premiums for plans sold on the law’s marketplaces.

The notion that every plan sold on ObamaCare exchanges across the country must offer the same set of benefits may seem relatively uncontroversial, particularly when some of the requirements (such as those requiring coverage for prescription drugs or laboratory services) may seem perfectly reasonable.  But what if someone – let’s say, an unmarried man without kids – doesn’t want to pay for a plan that includes pregnancy and newborn benefits, or pediatric services.  Under ObamaCare, he’s forced to purchase (and pay for) a plan that includes them anyway.

The better approach is to allow consumers to have a choice of plans that include benefits that suit their needs – and to have the option to select a richer set of benefits at a correspondingly higher premium. By standardizing health plan design and benefit structure on ObamaCare’s exchanges, the law dramatically limited consumer options because of the belief that “Washington knows best.”

But there’s also evidence to suggest that the essential health benefits requirement also drives up premium costs.  In fact, a 2013 report from online health insurance marketplace eHealth, Inc. concluded that average monthly premiums for health insurance plans that cover a comprehensive suite of benefits, such as those mandated by the essential health benefits requirement in ObamaCare, were 47 percent higher than plans without those benefits.

Previously, Republicans were hesitant to include repeal of the essential health benefits requirement in the American Health Care Act because of concerns that such an inclusion might not pass muster as part of the budget reconciliation process they are using to consider the legislation. Under this process, each provision included in the legislation must have more than a “merely incidental” impact on government revenue or spending.  While there remains some uncertainty about whether repeal of the essential health benefits provision qualifies, the impact of such a change is worth the attempt – so long as it does not torpedo the entire legislation and, with it, the GOP's only real chance to repeal and replace Obamacare.

Now, it’s up to House Republicans to support this legislation, to ensure that the effort to repeal and replace ObamaCare doesn’t stall near the finish line.

Lanhee J. Chen is the David and Diane Steffy Fellow in American Public Policy Studies at the Hoover Institution. He was previously Lecturer in Law at Stanford Law School and the Policy Director of the Romney-Ryan 2012 presidential campaign.