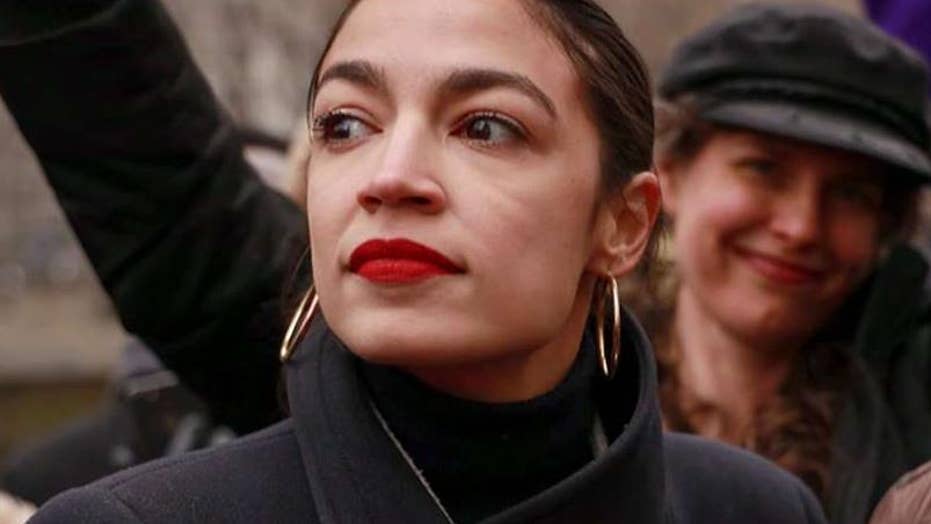 There is no evidence that New York Democratic Rep. Alexandria Ocasio-Cortez bribed her way into college or cheated on the SAT. By all accounts, Boston University admitted the freshman congresswoman on her own merits, which distinguishes her from the children of wealthy parents arrested on Tuesday for paying over $25 million to cheat their kids’ way into colleges across the country.

Harvard professor emeritus Alan Dershowitz called the enterprise “the worst scandal involving elite universities in the history of the United States.” Unfortunately, admissions fraud is the least of the nation’s academic problems – a symptom, rather than the cause, of the degradation of American higher education.

What unknown fact does the scandal expose? Wealthy parents have long relied on a properly timed donation to improve their children’s chances at admission to college. And it isn’t just the wealthy who play the system to gain an advantage. Legacies, athletes, and favored racial minorities all receive preferential treatment from admissions committees to the exclusion of academically better-qualified students.

MICHAEL KNOWLES: ALEXANDRIA OCASIO-CORTEZ IS LEADING DEMOCRATS TO DEFEAT IN 2020

American universities have never considered academic merit the sole criterion for admittance. The parents caught up in Tuesday’s sting simply exploited this reality to a criminal extreme.

An even more troubling question is not how the deficient students matriculated but how they graduated. Over his six-decade career at Harvard, Professor Harvey Mansfield has witnessed grade inflation reach such ludicrous heights that he now gives students two different grades: one that will appear on their transcripts and another that they deserve.

In 2017, Yale changed its course requirements such that an English major may now graduate without ever having read Shakespeare. A 2007 survey from the Intercollegiate Studies Institute showed that college students graduate with less knowledge of history, politics, and economics than they had before they entered. The admissions scam succeeded for so long because everyone knew once the sub-par students made it into these schools they were unlikely to encounter any real scholarly rigor.

Last month, AOC blocked Amazon from relocating tens of thousands of jobs near her congressional district because she failed to understand the difference between a tax incentive and a slush fund. On Tuesday, during congressional testimony, Ocasio-Cortez appeared bemused as Wells Fargo CEO explained the basic function of a bank. If Ocasio-Cortez represents the quality of an Economics degree from BU, the university should lose its accreditation.

The liberal arts enable us to understand and earn our liberty. Unlike professional and mechanical education, the liberal arts do not train students for any particular job. They are literally the arts of freedom, and no society that abandons liberal education can remain free for long. Unfortunately, the left’s decades-long effort to subvert liberal education through pseudo-academic disciplines, administrative bloat, and outright censorship have transformed even our nation’s most elite universities into little more than decadent indoctrination camps.

Compounding the problem, the leveling myth that every American regardless of aptitude or interest ought to receive precisely the same education has saddled an entire generation with a trillion and a half dollars of student debt and degrees worth less than the paper on which they were printed.

The wealthy parents who cheated their children’s way into college committed a relatively minor crime, akin to petty theft. The greater criminals are the academic arsonists who have burned down our institutions of higher learning. In a democratic republic, our legislators are as benighted or enlightened as our voters. As go the liberal arts, so goes our liberty.