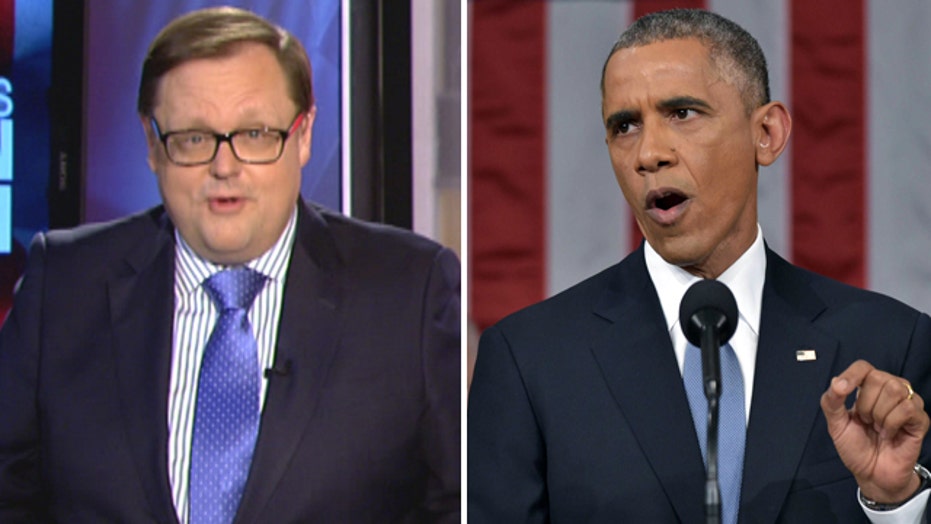 Obama's silence on radical Islam puts us all in danger

Todd Starnes sounds off on Obama's State of the Union address

Last night during the State of the Union address, President Obama refused to acknowledge that Islamic extremism is even a thing. Instead, he said the greatest threat facing America is climate change.

Fox News' Todd Starnes sounded off Wednesday in his "American Dispatch" saying, "Okay, Mr. President. Let's talk about climate change for a moment. What do you think is going to happen to the ozone when Al Qaeda explodes giant nuclear bombs in American cities? Good luck growing those radioactive butter beans. The fact is, President Obama is in denial - and he's putting the lives of our families in jeopardy."

Watch Todd's full "American Dispatch" in the video above.