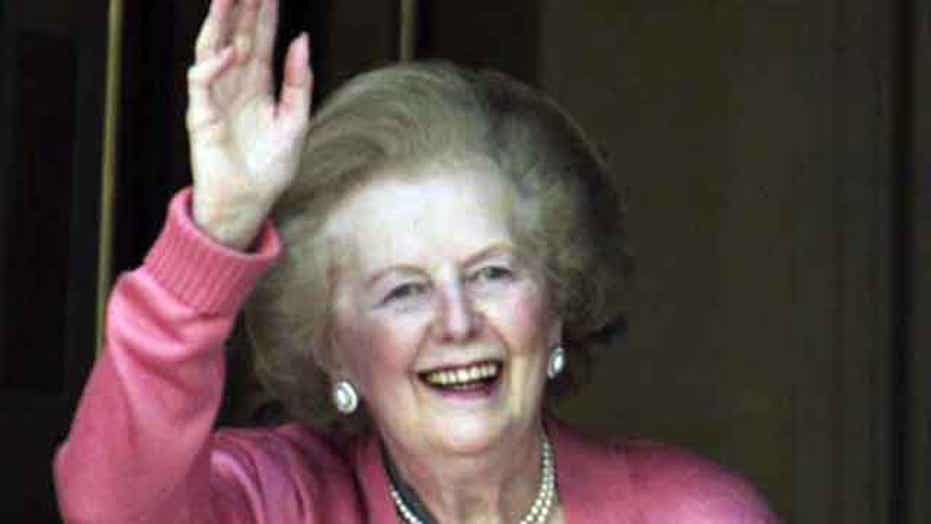 Some commentators have expressed surprise that President Obama did not send a high-level official delegation to her funeral. I'm way beyond surprised. I'm ashamed....and angry.

After all, it is standard operating procedure for the Vice President or First Lady or, at a minimum the Secretary of State, to attend funerals of foreign leaders, even those from lesser nations.

It goes without saying that when one of the longest serving leaders of America's closet and most enduring ally dies, the United States should send a large and distinguished delegation of America's leaders, past and present.

The White House offered a lame excuse -- all the senior Obama administration officials are way too busy to take 24 hours out of their hectic schedules to pay respects to the woman who helped win the Cold War, turn around the British economy, and shatter the glass ceiling of the English-speaking world.

Vice President Biden, for example, was presiding over a series of votes on gun control in the Senate, late Wednesday afternoon. Okay, understood.  But that doesn’t excuse the fact that no senior administration official could spare the time or make the effort to head ‘across the pond’ for a few hours.

One suspects something else is at play besides busy government executives struggling to get through their long work days, staggering under the weight of their official responsibilities.

Could it be that Margaret Thatcher was a Tory? That she battled British Trade Unionists and won? That she worked hand-in-hand with Ronald Reagan, the incarnation of evil for many left-wing Democrats?

It used to be American politics stopped at the water's edge, and that American

President's honored foreign leaders, regardless of their political persuasions or party.

By failing to send even one senior level official to Mrs. Thatcher's funeral, this President has shown that partisan politics now extend beyond the grave.

Shame on you, Mr. President. You and your administration look cheap, small and petty.

Former Secretaries of State Kissinger, Shultz and Baker did attend Mrs. Thatcher's funeral. Kissinger opened relations with China and hammered out the first Middle East peace agreements in the 1970’s. Shultz negotiated the first arms reduction agreements with the Soviet Union in the 1980's. Baker helped bring down the Berlin Wall, push the Soviet Empire to the point of collapse, and won the first Gulf War in the 1990's. But while they were giants in their day, they are not part of your team. The snub to the British was palpable – only yesterday’s men could be spared.

And frankly, Mr. President, this makes you look foolish as well.

Perhaps if you had sent some senior members of your administration as part of the American delegation, they could have pulled aside those former leaders to ask for a little advice.  Because, Mr. President, in case you've been too busy to notice, your reset with Russia is a failure, your Middle East peace efforts are going nowhere, and North Korea has just become a nuclear power.

K.T. McFarland was President Trump’s first deputy national security adviser and helped formulate his maximum pressure campaigns. She is the author of the forthcoming book "REVOLUTION: Trump, Washington, and “We the People.”
ADVERTISEMENT