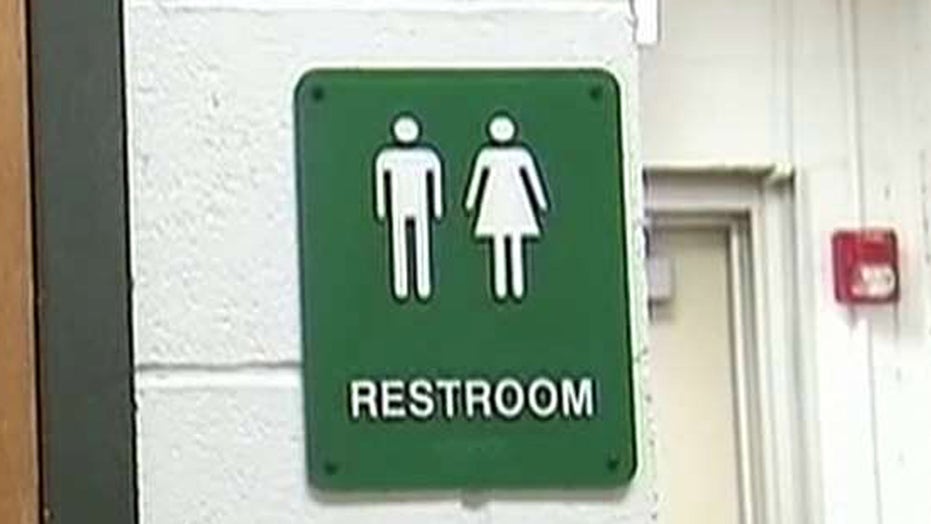 "I am not a dictator, I am the president." -- President Obama

That statement has become inoperative in light of the Obama administration's diktat to the nation's public schools that they must accommodate transgendered students when it comes to restrooms, shower and changing areas. This follows the administration's attempt to force North Carolina to violate privacy and religious concerns, not to mention tradition and common sense by ordering that state to allow people who "identify" with a gender different from the one they were born with to use the rest room of their choice.

Standing on principle, not to mention common sense, is so rare these days that when someone does it they make headlines. That's because you can quickly be labeled a "bigot" if you oppose a lot of the sludge dumped on us by the secular left, and few can withstand the onslaught.

Last Friday, the Department of Justice sent North Carolina's Republican governor, Pat McCrory  a letter warning that North Carolina's House Bill 2, also known as the bathroom bill, violated the Civil Rights Act. The bill, which requires that transgender people use public bathrooms that match their birth certificates, was swiftly labeled anti-LGBT, which was all DOJ needed to hear. The government gave McCrory until Monday to confirm that North Carolina would not comply with or implement HB2. McCrory pushed back. On Monday, he filed a lawsuit against the DOJ, targeting Attorney General Loretta Lynch and Principal Deputy Assistant Attorney General Vanita Gupta. The suit, according to ABC News, "accused the DOJ of a 'radical reinterpretation' of Title VII of the Civil Rights Act and wrote that the federal government's position was 'a baseless and blatant overreach.'"

In a statement following the announcement of the lawsuit, Gov. McCrory said, "The Obama administration is bypassing Congress by attempting to rewrite the law and set restroom policies for public and private employers across the country, not just North Carolina. This is now a national issue that applies to every state and it needs to be resolved at the federal level," meaning Congress and the courts.

McCrory added that Washington is "telling every government agency and every company that employs more than 15 people that men should be allowed to use a women's locker room, restroom or shower facility."

The push and pull continues.

If you are a woman reading this, how would you feel about showering with a naked man? If you are a man who has daughters, would you be OK with allowing them to use a women's restroom knowing that a man could be in there? Target is fine with it, apparently. In a blog last week, the company stated that it welcomes "transgender team members and guests to use the restroom or fitting room facility that corresponds with their gender identity." Target stores are now the target of a boycott.

What about school gyms? Are you fine with having your daughter changing and showering with a boy who believes he's a girl? What happened to the right to privacy, so revered by the progressive left?

Does the fact that we are even having this debate say something about the state of our culture and the attempts by secularists to undermine what remains of its creaking foundations, traditions and what used to be known as common sense? Who gets to decide? And on what is that decision based?

Are morals and ethics now up for grabs, depending on which group makes the most noise and promises the most votes? Perhaps Loretta Lynch and her deputy should lead by example and shower with a transgender male. Even better, how about first lady Michelle Obama? Media coverage could be discreet. I'm betting that neither Lynch nor the first lady would go that far. In fact, I suspect that very few on the left would want to live under many of the laws and dictates they like to impose on the rest of us.

Have we gone mad? The question all but answers itself.

Gov. McCrory has already directed state agencies to make reasonable accommodations to transgender people by installing single-occupancy restrooms. North Carolina also allows private companies to set their own bathroom policies, but that is not what the Obama administration wants. It wants to "fundamentally transform the United States of America."

It's one of the few promises the president has managed to keep.