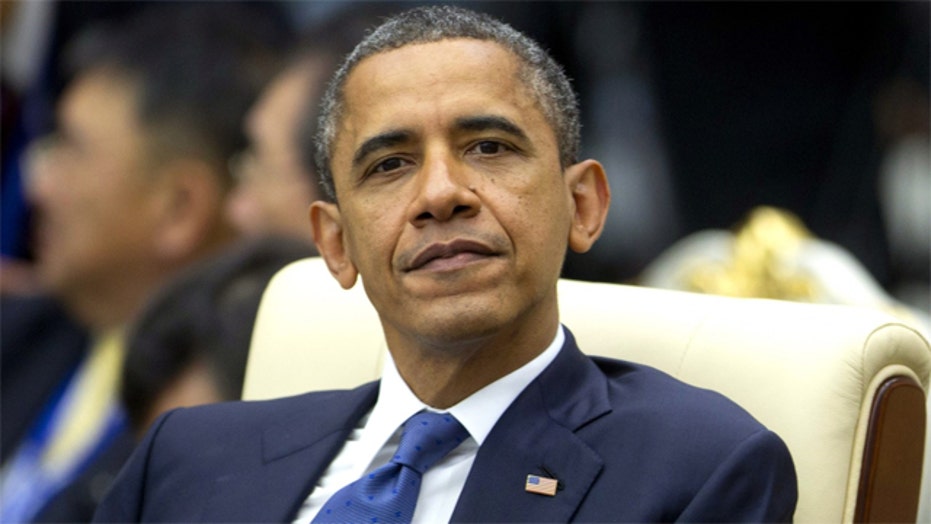 Will Obama seize the moment and make Washington work?

It’s past time for the media to begin asking President Obama tough questions about the IRS conservative targeting scandal.  After all he was involved, publicly, from the beginning.

Last Friday, the American Center for Law and Justice (where I serve as Chief Counsel) filed its Second Amended Complaint against the United States, the IRS, and a legion of IRS officials.  This Complaint, in which we represent 41 organizations in 22 states, presents perhaps the most complete story yet of the IRS conservative targeting scandal.

And it is an ugly story indeed.

What was sold to the American public as a low-level scandal perpetrated by a few rogue employees – a scandal stopped after senior officials became aware and asserted control – is now (to borrow a Watergate phrase) “no longer operative.”

Instead, we detail a long-running assault on the Tea Party, beginning shortly after its emergence in 2009, that is empowered, encouraged, and orchestrated not only by senior IRS officials in Washington, but also through outright targeting by the White House, Congressional Democrats, and the mainstream media.

In fact, the IRS was doing little more than focusing its attention exactly where the president of the United States told it to focus – on the groups the president himself identified as a “threat to democracy.”

On August 9, 2010 the president warned of “attack ads run by shadowy groups with harmless-sounding names” during his weekly radio address.  The President said:  We don’t know who’s behind these ads and we don’t know who’s paying for them . . . you don’t know if it’s a foreign controlled corporation. ... The only people who don’t want to disclose the truth are people with something to hide.”

On September 16, 2010, President Obama once again warned that some unidentified “foreign-controlled entity” could be providing “millions of dollars” for “attack ads.”  Less than one week later, he complained that “nobody knows” the identities of the individuals who support conservative groups.

On September 22, 2010, President Obama warned of groups opposing his policies “pos[ing] as non-for-profit social and welfare trade groups” and he claimed such groups were “guided by seasoned Republican political operatives” and potentially supported by some unidentified “foreign controlled entity.”

On October 14, 2010, President Obama called organizations with “benign sounding” names “a problem for democracy”; the next week he complained about individuals who “hide behind those front groups,” called such groups a “threat to our democracy,” and claimed such groups were engaged in “unsupervised” spending.

Next, consider the IRS’s actions following those statements.  Not only did the IRS continue its targeting, it issued broad questionnaires that made unconstitutionally-intrusive inquiries designed to get answers to exactly the questions President Obama posed.

Who are your donors?

What is the political activity of your family and associates?

What are the passwords for your websites?

After all, according to the president, you’re only afraid to answer these questions if “you’ve got something to hide.”

The demagoguery is breathtaking.  Not only does he raise the wholly-unsubstantiated possibility of shadowy “foreign” involvement in the Tea Party groups, a charge incredible on its face, but he goes the extra mile of calling such groups, a “threat to our democracy.”

When the president of the United States declares these groups a “threat to our democracy” is it any surprise that his enthusiastic supporters (and donors) within the IRS responded with an unprecedented campaign of selective targeting, intimidation, and governmental intrusion?

One grows weary of stating the obvious, but if President Bush had declared a specific category of citizen groups a “threat to democracy” potentially run by “political operatives” or “foreign-controlled,” and the IRS launched an unprecedented campaign of targeting and intrusive questioning, the mainstream media would have been relentless not only in its independent investigations but in its calls for accountability – at the highest levels.

Was the president of the United States involved in the IRS scandal?  He was the one who identified the targets – in the most public manner possible.

A president singling out citizens groups for targeting and intrusive questioning merely because he dislikes their message and fears their political influence?

Now that is a “threat to democracy.”