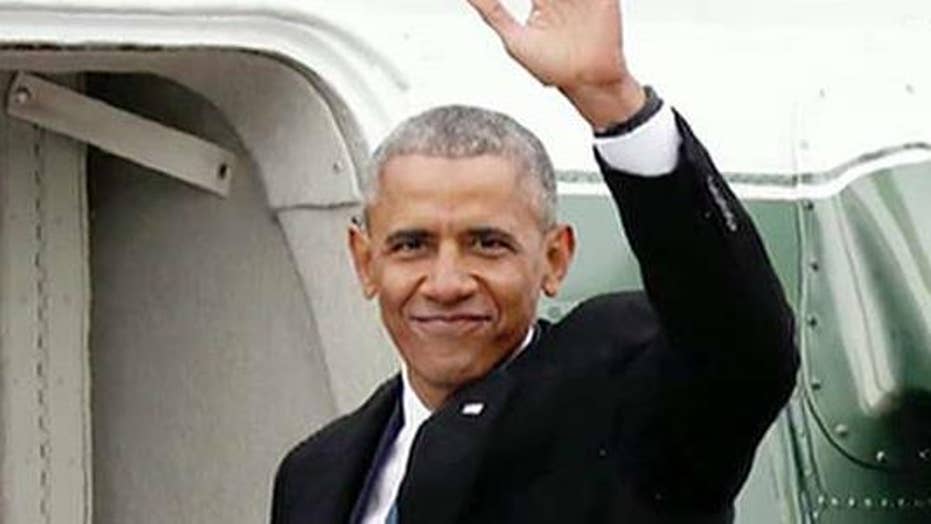 Remember this name: Ben Rhodes. I’ll get back to Ben in a moment. He is the centerpiece to Obama’s final vicious attack on Israel.

I’m a Jew who loves and supports America, Israel and President Donald Trump.

So, let’s talk about “Fake News.” Obama-lovers, liberals and the mainstream media (I know, I repeat myself) are desperately trying to paint President Donald Trump as some kind of racist, white extremist and anti-Semite. How absurd. How ironic.

They are doing this on purpose. They are covering up for their own blatant racism, anti-Semitism and hatred for Israel.

They purposefully attack Trump to cover-up the facts about the damage Obama did to Israel. The mainstream media never said a word about Obama's anti-Semitism or blatant attacks on Israel.

Obama made many shocking, damaging attacks on Israel. The list is so long it would take me an entire book to list them all.

But it’s what Obama did in his last few days as president…the very last official acts of his career…that are most shocking.

Worse, Israel reports they have ironclad proof that President Obama actually orchestrated and lobbied for the passage of the U.N. condemnation.

Worse yet, in Obama’s final HOUR in office he released $221 million of U.S. taxpayer money to the Palestinian Authority. Keep in the mind this money was frozen by Congressional leaders. It was so important to send American taxpayer money to Israel’s enemies, that President Obama made it his last official act in office.

But all of that pales in comparison to the Ben Rhodes story. Heres the story no one in the U.S. media has mentioned.

Who is Ben Rhodes? He happens to be Obama’s point man behind the scenes for the Iran deal and U.N. resolution condemning Israel. Rhodes sold the merits of both deals in the media. He was Obama’s chief rainmaker, messenger and salesman for the two most damaging and insulting deals towards Israel and the Jewish people in United States history.

And to make matters worse, Rhodes was caught bragging about misrepresenting the Iran deal to the American people in order to sell the Iran deal.

In other words, Ben Rhodes is the Jonathan Gruber of Israel haters. Gruber was Obama’s architect of ObamaCare who bragged on video that he lied and misrepresented the merits of Obamacare to sell it to “the dumb America people.”

Rhodes bragged out loud to New York Times Magazine the exact same thing. He is proud of lying, misrepresenting and manipulating to pass a treaty that could lead to the nuclear annihilation of Israel. That would be called a second Holocaust.

This final act by Obama is so disgusting it was a lead story in "The Times of Israel" newspaper last week. The Israeli people are shocked, dismayed, disgusted and insulted.

THINK ABOUT IT: Obama gave the man who sold the Iran deal, that could lead to a second Holocaust of the Jewish people, a 5-year term on the Holocaust Memorial Council. This is tantamount to a president of the United States naming a white extremist to the Board of the NAACP.

Former President Obama was the worst president in history in his treatment toward Israel. And the Ben Rhodes move was his final insult to Israel and the Jewish people.

Donald Trump has never been shy about doing things that have never been done before.

As an American Jew and supporter of Israel, I call on all Americans, but especially Jewish Americans, to demand President Trump ask Ben Rhodes to step down from the Holocaust Memorial Council immediately.

Rhodes has been on that Board for two weeks. That's two weeks too long.

I have great confidence President Donald J. Trump will always support, celebrate and stand with Israel and the Jewish people. Let’s start with Ben Rhodes' removal.

His appointment to the Holocaust Memorial Council is a disgrace to America, Israel and the Jewish people.