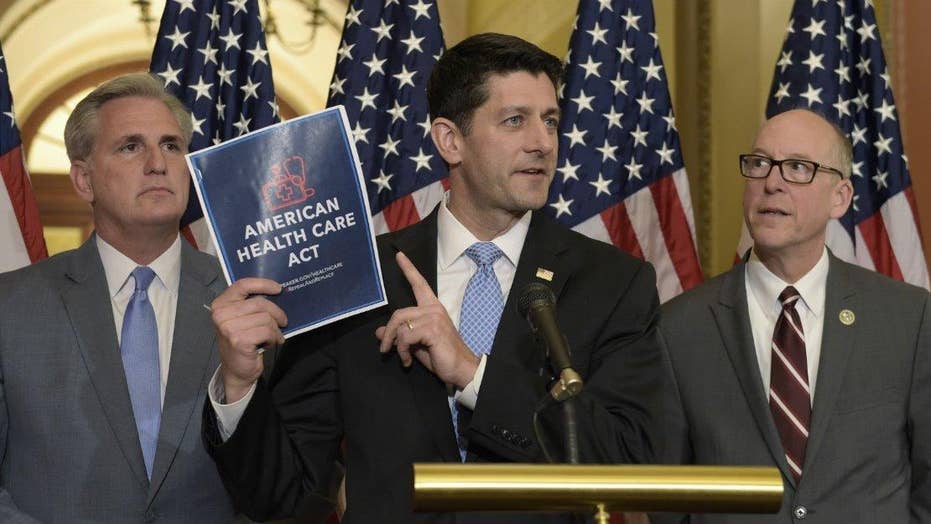 America has endured for generations because our Constitutional framework and our collective commitment to liberty protects us against the inevitable failures of our government and its leadership. Yet, when it comes to the current debate over health care, GOP leaders are abandoning these safeguards and risking not just our access to quality health care but something far greater.

To be sure, most tangibly for the many Americans for whom rising health care costs and diminishing access to quality care is a very real, daily concern, the decisions we make will have lasting and very serious consequences. These are the reasons to fully repeal ObamaCare immediately and to then respect the states and the free market to give us the options to get the best health care possible.

Yet, incomprehensibly, Congressional leaders are choosing not to do so and have abandoned their constituents in a series of negotiations – most recently for state “waivers” and other crumbs of liberty – that have little actual hope of meaningfully honoring their campaign commitments to fully repeal ObamaCare and reform health care markets.  Unfortunately, there are much larger implications to their lack of boldness.

First, Congress is turning away from the free market.  Republicans talk a big game about believing in free enterprise and capitalism. But the grassroots out in real America see their actions as more cronyism than principle. Whether it’s subsidizing big corporations through the Export-Import Bank or the more recent $100 billion insurer slush fund included in the American Health Care Act, the grassroots understandably consider Congress’ actions to be political pay-offs and more of Washington picking winners and losers rather than the free market at work.

So when those who claim to promote freedom refuse to legislatively repeal market-constricting regulations and then “replace” ObamaCare subsidies with new -- and arguably more expansive -- subsidies in the form of refundable tax credits, it makes one wonder.  Which party is for less government intervention?

Second, Congress is continuing the trend of ceding its Article I legislating powers to others, in particular the administrative state.  The Legislative Branch – hiding behind the intricacies of Senate rules and the Budget Act – has been selling “repeal” in a future second phase at the hands of the Department of Health and Human Services and Secretary Tom Price’s ability to repeal ObamaCare administratively.  Setting aside the fact little meaningful repeal can be accomplished administratively beyond tinkering at the margins, the more troubling concern is why our elected leaders refuse to just do what they have the power and duty to do and have repeatedly promised to do.

This is a pattern. Congress frequently punts. Take President Obama’s illegal Executive Amnesty. The Congressional GOP could have used its Article I powers to stop funding any implementation of that executive action.  But it didn’t even entertain that idea, choosing instead to leave it to states like Texas to fight in the courts.  Moreover, during the 2013 defund fight, Republican Congressional leaders hid behind not having 50 votes in the Senate and not having a GOP-controlled White House. The conservative grassroots being skeptical of their position questioned their sincerity. And here we are.  Since the repeal effort stalled, a possible “deal” is being floated to permit Governors to seek “waivers.” The simple truth is Republicans seemingly would rather hide behind conjecture and procedural theory while punting responsibility.

Third, the health care debate today centers almost entirely on the word “repeal,”  and while it has been a rallying cry for conservatives, it is too much now an end to itself.  It’s just a word.  And it’s a word that is all about process and politics, not really substance.  Congressional leadership is so wrapped up in the idea of “repeal,” that it has become a political box-checking exercise rather than a commitment to ensure Americans actually receive better health care at more affordable costs.

Worse, this exercise is not actually checking the box! If one aims to repeal ObamaCare – a law built upon subsidies, regulations and Medicaid expansion – how can one honestly look at your constituents and claim to have repealed it with a new law built upon subsidies, regulations and continued, albeit slightly limited, Medicaid expansion? Even if they allow a theoretical waiver for states, it defies common sense to claim this is repeal.

Finally and most importantly, GOP leaders are missing their chance to win the minds and hearts of the American people. They are denying a new generation of Americans the ability to understand and embrace constitutionally limited government, federalism, free markets and the opportunities those ideals create.

The Republican Party has been afforded a historic moment in time to transform America’s health care system to one that offers the best we could dream of – plenty of doctors, low cost insurance options, affordable medicine - all while maximizing the number of individuals receiving the care they need.

Instead, Congressional leaders are defining the debate in terms of tax reductions and supposed out-year cost savings instead of how to increase the supply of high quality health care that is available and affordable to actual human beings.

This fight over health care reform will come and go, but the lasting impact of how it is fought will be significant.

If Congress is nothing more than a box-checking regime that will overstate its own actions to claim success while further ceding its own Constitutional powers and abandoning the free market – then America will completely lose its identity.

This is what is at stake.

Congress has a choice – and it ought to choose the principles that made this country great and that they claim to believe in, not the failed Washington-centric policies that have been the problem all along.