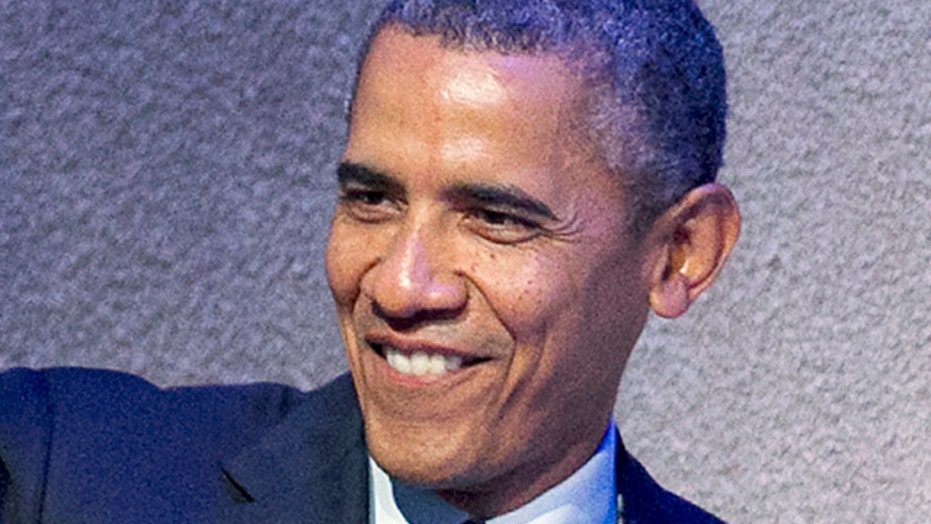 ObamaCare penalty may come as a shock at tax time

Editor's note: This op-ed is adapted from “America’s Bitter Pill – Money, Politics, Backroom Deals and the Fight to Fix Our Broken Healthcare System” -- the best-selling book by Steven Brill published earlier this month by Random House.

As we pass the first anniversary of health insurance coverage on the ObamaCare exchanges, and as we approach the tax-filing season, the complex, indeed inscrutable, structure of the subsidies ObamaCare provided for the middle class to buy insurance could end up making Tax Day 2015 an especially unhappy one for many Americans.

In a program that signed up eight million people in just the first year, this could leave tens of thousands of families who might have slightly underestimated their incomes facing unexpected tax bills this April because overpayments of subsidies will be charged back by the IRS.

It all has to do with the structure of the subsidies given to millions of Americans so that they could buy health insurance – and with a little-discussed phenomenon that the health care industry and Capitol Hill insiders call “the cliff.” Lots of middle class families are going to fall over that cliff if they earned even a few dollars more than they estimated when they signed up for ObamaCare.

In a program that signed up eight million people in just the first year, this could leave tens of thousands of families who might have slightly underestimated their incomes facing unexpected tax bills this April because overpayments of subsidies will be charged back by the IRS.

Under ObamaCare, any individual or family earning less than four times the government-defined poverty level is entitled to a subsidy to buy health insurance. Yes, the subsidies are generous, so much so that, as I explain in "America’s Bitter Pill," ObamaCare is likely to prove unaffordable to the federal government.

Yet even with those expensive subsidies, insurance coverage is also going to be unaffordable, or at least a major burden, for many of the families it is intended to help. Millions of families will be victims of the choice that the Democrats who passed ObamaCare had to make: To keep the law’s overall cost down, they could not make the subsidies more generous. That was a compromise forced by the reality of the larger compromise they were making: creating a law that extended coverage by buying it in a market where the underlying prices for medical care are by far the highest in the world.

As I explain in detail in the book, ObamaCare did little to address those exorbitant prices.

For example, suppose a couple we’ll call the Johnsons, each 63-years-old, lives in Florida, and their kids are out of the house. Suppose, too, that they ran a small boat-chartering business that made them $62,000, which is just below 400 percent of the poverty line for a family of two adults. Under ObamaCare, that means that they would qualify for a subsidy of $9,024 to pay for their insurance.

But even with that $9,024 subsidy, they would pay about $5,000 a year in premiums (depending on the plan they choose). On top of that, they would still have a deductible of about $12,000. That meant the Johnsons’ total medical costs (premium and amounts paid to meet the deductible) could take $17,000 ($5,000 in premiums, plus $12,000 in deductibles), or 27 percent, out of their $62,000 in pre-tax income. To be sure, that would happen only if the Johnsons suffered enough medical mishaps to reach their deductible limit, and it does not account for the fact that ObamaCare offered them a lot of preventive care for free, with no deductible. But if they did reach that deductible limit, it seems a stretch to call a law requiring them to pay 27 percent of their income to comply with ObamaCare’s mandate that they must buy insurance the “Affordable Care Act.”

Yet the news would get even worse if the Johnsons made even $50 more than what we just postulated was their $62,000 income. That’s because of that little-noticed quirk in the law -- “the cliff.”

Critics could call that an 1,800 percent income tax!

For the Johnsons, now making $62,050, those insurance premiums now costing $14,000, plus a potential $12,000 in out-of-pocket costs (again, assuming they had enough in medical bills to hit their deductible) would add up to an unaffordable $26,000. After taxes, that would probably be half of their disposable income. And even if they enjoyed perfect health and never had to pay a penny toward their deductible, their premiums would still be $14,000 a year—a huge expense (22 percent of their income) for a family earning just over $62,040 before taxes.

Only a small percentage of people signing up for the exchanges are likely to fall over that steep a cliff. But many would likely face the crunch — 27 percent of income — that the Johnsons would face even with a subsidy.

Those going over the cliff would mostly be older people, like the Johnsons, in expensive health care states whose income was just over 400 percent of the poverty level. Younger people, to whom insurance companies were charging lower rates, or people in lower health care cost states, where all premiums are likely to be lower, were less likely to qualify for substantial subsidies if they had incomes approaching the 400 percent of poverty line, and, therefore, would not lose much if they went over the line.

Yet in a program that signed up eight million people in just the first year, this could leave tens of thousands of families who might have slightly underestimated their incomes facing unexpected tax bills this April because overpayments of subsidies will be charged back by the IRS. And it will mean a huge increase in health insurance costs when they lose those premium subsidies going forward.

“I’m already advising some clients who may be at or near the cliff to watch their incomes toward the end of the year,” Ohio insurance broker Barry Cohen said when I asked him about this in February 2014. “Maybe they can stop working overtime or take a month off. If not, they could get hammered with huge tax bills that they never expected.”

Longtime journalist Steven Brill is the founder of Court TV and The American Lawyer. He has written for The New Yorker, The New York Times Magazine, Esquire, and Time. Brill's special report in Time on medical costs won the 2014 National Magazine Award. His new book, "America's Bitter Pill: Money, Politics, Backroom Deals, and the Fight to Fix Our Broken Healthcare System" (Random House 2015) instantly became a best-seller when it was published earlier this month. For more visit americasbitterpill.com. Follow Brill on Twitter@StevenBrill and find him on Facebook.com/stevenbrillwrites.