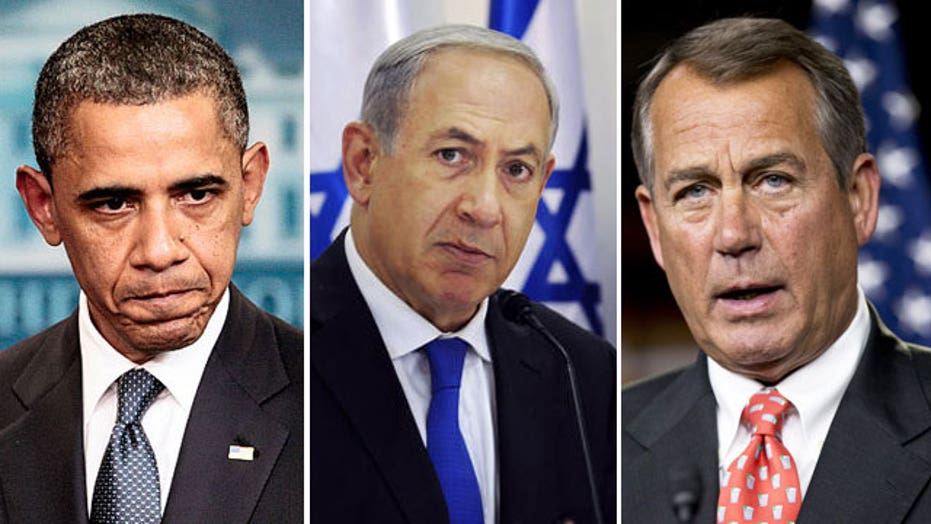 Thou shall not cross Dear Leader.

“He spat in our face publicly, and that’s no way to behave,” one Obama aide told an Israeli newspaper. “Netanyahu ought to remember that President Obama has a year and a half left to his presidency, and that there will be a price.”

Congress must not shirk from its duty to demand a meaningful agreement with Iran, or none at all.

It is pointless to say petty threats do not become the Oval Office. Trying to instruct this White House on manners recalls what Mark Twain said about trying to teach a pig to sing: It wastes your time and annoys the pig.

Congress must not shirk from its duty to demand a meaningful agreement with Iran, or none at all.

Still, the fury is telling. It reminds, as if we could forget, that everything is always about Obama.

How dare Israel be more concerned with the existential threat of Iranian nukes than with Obama’s feelings? And what do members of Congress think they are, a separate branch of government or something?