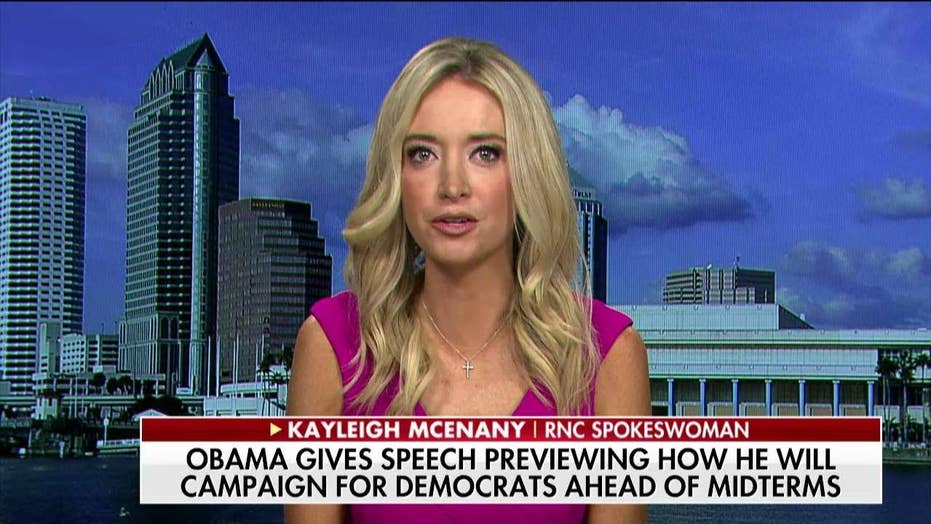 Former President Obama gave the nation some insights into the Democratic Party’s midterm election strategy Friday with a political speech demonizing Americans who elected Donald Trump as president and doubling down on the failed liberal ideology that devastated our economy.

In a moment reminiscent of Hillary Clinton’s outrageous characterization of Trump voters as “deplorable” and “irredeemable,” President Obama said: “I have to say this … Over the past few decades, the politics of division and resentment and paranoia has unfortunately found a home in the Republican Party.”

Labeling the 63 million Trump voters as “deplorable” and “irredeemable” didn’t work out for Hillary Clinton when she ran a failed presidential campaign against Trump in 2016. Labeling the same voters as divisive, resentful and paranoid will not work for Democrats in the November midterm elections.

I traveled the country in search of the Trump voter for my book, “The New American Revolution: The Making of a Populist Movement.” 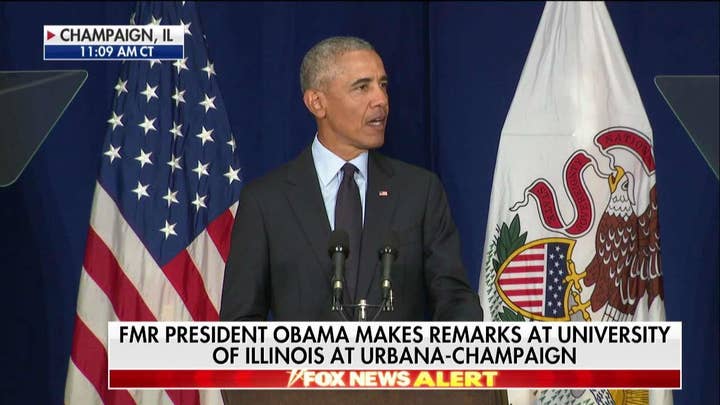 Here is what I found: a mother who lost her only son to an illegal immigrant; a wife whose husband died while languishing on a waitlist for health-care from the Department of Veterans Affairs; a mom whose entire family perished in a terrorist attack; factory workers whose jobs went overseas; and so many other great Americans who wanted change – a change from the Obama presidency.

These are some of the millions of Americans who made Donald Trump our president in an election that the liberal media, pollsters, and political elite never saw coming. They never saw it coming because they never took the time to talk to voters and understand their one simple request: “change.”

In short, the story of the 2016 election was a bipartisan call for change from the failed Obama status quo. So why, then, are Democrats bringing President Obama to the campaign trail?

The Obama presidency delivered the slowest economic recovery since World War II. Economic growth languished at 2 percent each year; wage growth stalled; and the middle class shrank considerably. Perhaps it should come as no surprise then that 71 percent of Americans believed the economy was rigged against them.

Now, 85 percent of blue collar workers say their lives are “heading in the right direction,” and 62 percent of voters overall say the economy is “good” or “excellent.”  The Trump economy has delivered 4.2 percent annualized economic growth in the second quarter; 3.6 million new jobs; and wages growing at the fastest pace in a decade.

Now, President Obama is desperately trying to take credit for President Trump’s successes, saying “remember when this recovery started” while conveniently failing to note the Obama recovery was the worst since World War II, costing Americans approximately $17,000 in wage growth.

Make no mistake. The windfall of good economic news is precisely because of the Trump presidency reversing Obama’s legacy of high taxes, onerous regulation and job-killing trade deals. It’s why “Economists Credit Trump as Tailwind for U.S. Growth, Hiring and Stocks,” according to a Wall Street Journal survey.

Returning to the status quo political class that oversaw a failing economy is not the answer for Democrats. Sending Obama out on the campaign trail forces every single red state Democrat to defend the failures of the Obama presidency.

Obama’s presence poses quite a challenge for Democrats like North Dakota Sen. Heidi Heitkamp and Montana Sen. Jon Tester, who pose as Trump allies while saying Obama will not be welcome to their states.

Obama’s disastrous liberal agenda was rejected in 2016, and it must be rejected in 2018. While Obama, Hillary Clinton and the Democrats ignored the forgotten men and women of this country, President Trump spoke to them. Now, he is acting for them.