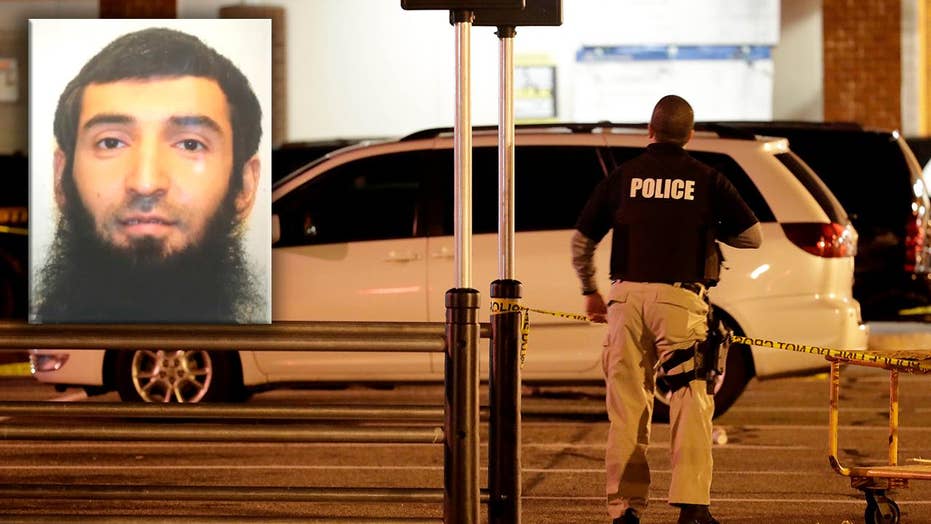 What authorities know about the terror attack suspect.

The horrifying attack in lower Manhattan that killed 8 people on Tuesday is a reminder that hardly a day goes by without an Islamic terror attack somewhere in the world.

We are now familiar with the post-terror routine when a Western city is attacked. Government leaders note the need to shore up security and assure their people that every protective measure will be taken, TV commentators dutifully state that terrorism’s roots are not in Islam but in some other phenomenon.

Is it really true that these terrorist attacks have nothing to do with Islam?

No. But neither is it true that most Muslims are terrorists or approve of terrorism.

The relationship between Islam and terrorism is significantly more complicated than either of those extremes would allow. In order to better understand that relationship we must acknowledge at least three complicating factors: Islam’s texts, its varied cultural manifestations, and its humanity.

The Koran is written in classical Arabic, which the majority of Muslims worldwide cannot read. Therefore, knowledge of Islam comes mostly from the Muslim community rather than directly from the Koran.

First, Islam is a text-based religion. The Koran is the supreme Islamic text, and it is supplemented by the hadith which are official collections of reports about Muhammad’s words and deeds. Both the Koran and the hadith contain passages that can be used to support terrorism and those that can be used against it.

One the one hand, there are passages that condone religious warfare (jihad). Although those passages concern conventional warfare rather than modern terrorism, these passages can be drawn upon to support terrorism against “Christian” nations. Koran 9:5 says, “Fight and slay the pagans wherever ye find them.” Koran 9:111 promises paradise to those who slay and are slain for Allah.

On the other hand, there are passages that encourage peaceful coexistence. In the Koran, we read passages such as 109:6, “To you be your Way [religion] and to me mine.” In another passage, we are told that Allah says, “Let there be no compulsion in religion” (Koran 2:256). So Islam’s texts contain both type of passages.

To complicate matters further, the Koran is written in classical Arabic, which the majority of Muslims worldwide cannot read. (Muslims believe that the Koran cannot be translated into another language and still remain truly the Word of God.) Therefore, knowledge of Islam comes mostly from the Muslim community rather than directly from the Koran.

Second, Islam takes many different shapes. Even though its texts serve as an enduring “center point” for Koran, the teachings of those texts are interpreted and applied in a wide variety of ways depending upon context. A given manifestation of Islam might be influenced by Western Christianity, Southeast Asian animism, or secular humanism. It will be affected by its adherents’ language, social and economic status, political situation, and educational level. These influencing factors might tilt a person towards approving of terrorism or away from such approval.

Third, Islamic communities are composed of fellow humans. My experience in the Islamic world is one that causes me to believe that the vast majority of Muslims are not inclined to participate in terrorism or approve of it.

I lived and worked in a Muslim republic for two years and have spent time in more than 20 other Muslim contexts in the Middle East, Central Asia, Southeast Asia, and South Asia. Although in certain situations I have felt threatened, on the whole I have experienced Muslims as peaceful people of goodwill and extraordinary hospitality.

How do these three factors help us evaluate and respond to terror attacks waged by Muslim organizations?

First, it is inaccurate and dangerous to ignore that terror attacks have their roots in Islam or to minimize the danger represented by ISIS and other similar organizations who justify their warfare by direct appeals to Islam’s texts. Although we should avoid stigmatizing Muslims in general or alienating them to the point that they are more likely to radicalize, we would be wrong not to recognize ISIS’s rootedness in Islamic texts.

Second, it is inaccurate, dangerous, and inhospitable to depict Muslim countries as being composed of teeming swarms of probable terrorists. To portray our more-than-two-billion Muslim neighbors in such a manner is inaccurate, but it is also a dangerous in that it alienates potential allies who are best equipped to fight back against terror-promoting versions of Islam.

Third, it is undemocratic and un-American to try to shut down reasonable exercise of religious freedom. On the one hand, we should rebuke certain voices on the right who wish to provoke or harass Muslim Americans as they go to the mosque or wear their burkas. On the other hand, we should rebuke certain voices on the left who refuse to acknowledge terrorism’s ties to Islam or who bristle when Christians extol Jesus to Muslims. As Nabeel Qureshi recently argued, sharing alternative worldviews with Muslims is one of the best methods to address the roots of terror.

Islamic texts are problematic, but that doesn’t mean my Muslim neighbor should be ostracized. What is true on the micro-level is also true on the macro-level.

Terror organizations such as ISIS do in fact have their roots in Islamic texts and traditions. To deny that fact is to misunderstand our enemy. And yet, our public recognition of that fact should not be communicated in ways that misrepresent, disrespect, and provoke our two billion global neighbors who are Muslim.