Europe made a bad bet on Russia decades ago. The policy was known as Ostpolitik, which sought to create political and economic ties between then-West Germany and the Union of Soviet Socialist Republics. The thinking then and until recently was that by tying Russia to Europe in trade, Russia would have too much to risk by seeking conflict with Europe.

One can spend weeks arguing about what the United States and Europe could have done better, faster, or more thoroughly when it comes to the attack on Ukraine, and whether they did, and continue to do, what is just, right, and proper.

The United States and Europe have been carefully calibrating how to respond to Russia as a result of the fear of a potential nuclear war with Russia. Now is the time to weigh what we could learn from the invasion of Ukraine when it comes to the Joint Comprehensive Plan of Action (JCPOA), commonly known as the Iran nuclear deal. Are we about to lose the next bet when it comes to the JCPOA?

The original sin of Ostpolitik, and the policies between Europe and Russia since then, gave Russia the ability to build a significant war machine and bring death, destruction and suffering to millions of Ukrainians. The conflict has had a massive impact on the European continent and beyond and will continue to have a growing impact for years to come. 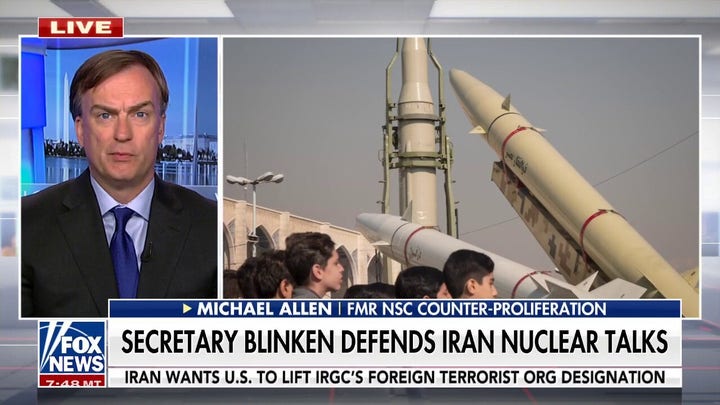 Many would argue that Europe’s policies were naïve, outrageously foolish or, at best, terribly mistaken. It does not matter what we label it. What matters is how we apply these lessons today to Iran, a nation led by rulers who care little for Iranians and want nothing more than to destroy Israel, attack and defeat the United States and Europe, and to rule all of the Muslim world.

The Iranian regime is watching as it sees the enormous leverage Russia has from the threat of nuclear weapons which could be used against any country standing in Russia’s way.

Iran has its own version of Vision 2030 and unlike the promising visions of our allies in the Middle East such as Saudi Arabia, Qatar, the UAE and Bahrain, the Iranian regime’s vision is one of subjugation and darkness.

European officials are desperate to salvage the Iran deal, no matter the costs, groveling at the feet of Iran in an attempt to break through the current negotiation deadlock.  Yet, re-entering the JCPOA, or some version of it, is nothing but "kicking the can down the road diplomacy."

BIDEN'S IRAN DEAL WOULD CREATE A FOREIGN POLICY DISASTER FOR US AND HAND XI, PUTIN, KHAMENEI A MAJOR VICTORY

It will not freeze Iran’s nuclear program and it will not limit intercontinental ballistic missiles, a threat to the United States and Europe. Claims that the deal will be longer and stronger are false; the deal will be shorter and weaker.

The JCPOA was entered into in 2015; we are approaching the deadlines set by the original JCPOA. By most reports, these deadlines will not be extended. The original too-short deadlines at best only put a temporary pause on Iran obtaining nuclear weapons. 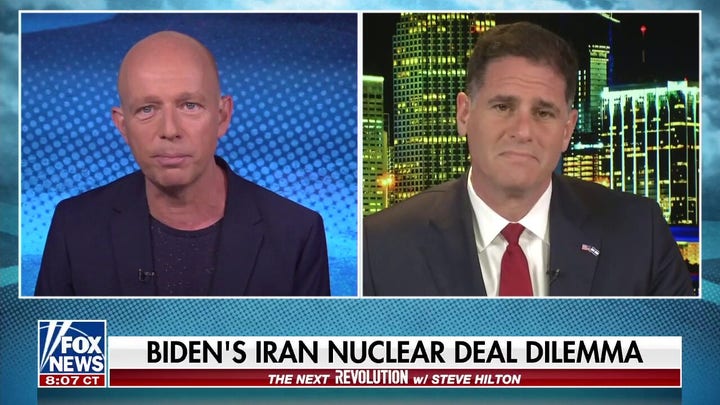 If the deadlines do expire shortly, all we would accomplish is to establish an additional insignificant pause to this danger. Iran would receive heaps of money, which would allow it to cause even greater murderous mischief throughout the Middle East and beyond, inflicting serious and significant attacks against Israel, the United Arab Emirates and Saudi Arabia. It will allow the Iranian regime to continue to cause terrible suffering in Lebanon, Gaza and Yemen, all of which are essentially occupied by Iran through Hezbollah, Hamas and the Houthis respectively, Iran’s radical proxy terrorist puppets.

As Russia did with the money it received over the years as a result of Europe’s failed policies, Iran will build an even better army and acquire even more sophisticated weapons.

A nuclear Iran, or the threat of one, will almost surely set off an arms race in the Middle East, a sensitive and volatile region, a place through which most of the world’s oil is distributed.

The Iranian regime lusts to dominate its neighbors and seeks to cause immeasurable suffering, damage and destruction. The Iranian regime is watching as it sees the enormous leverage Russia has from the threat of nuclear weapons which could be used against any country standing in Russia’s way.

Rapprochement with the Iranian regime is, in the words of Yogi Bera, like déjà vu all over again. Ostpolitik proved to be a colossal mistake. It would be the height of arrogance for the United States and our European allies not to learn from the lessons of the past, and for us to meekly, fearfully and naively enter into a new JCPOA.

If we re-enter the JCPOA or some variation of it, undoubtedly there will come a time when American, Middle Eastern and European children ask a similar and horrifying question, wondering, incredulously, how we did not save the Middle East, and many countries well beyond, when we had all the signs clearly laid out that appeasement of the Iranian regime will lead to a disaster of epic proportions.