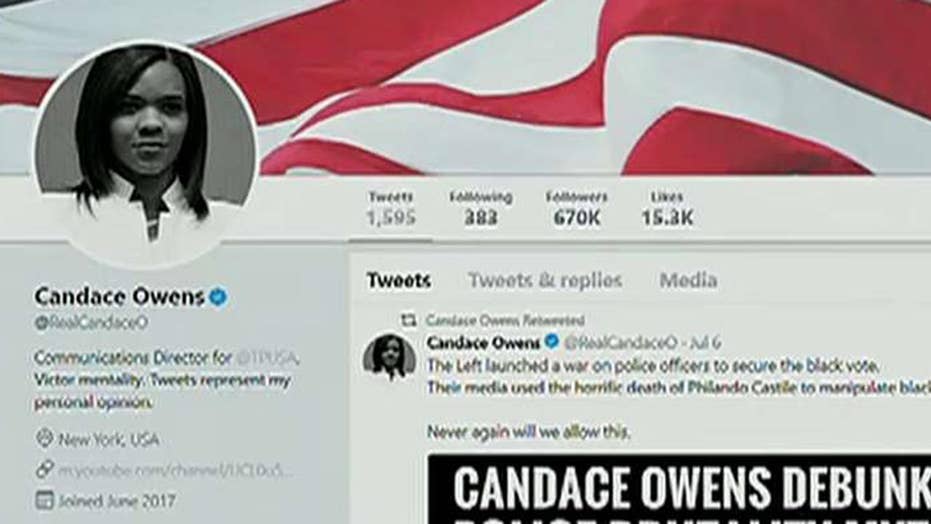 The big tech giants are moving fast against the political right, the libertarian radicals, and those walking away from the Democrat Party in the United States. The same applies in my country, the United Kingdom, too.

Over the weekend we saw Candace Owens, a strong, young, black woman suspended from Twitter for daring to point out the allegedly algorithmic hypocrisy of Twitter by replacing the word “white” with “Jewish” in a series of tweets modeled on those by New York Times editor Sarah Jeong.

While the social media giant quickly backtracked, the same cannot be said for its treatment of right-wingers or globalist opponents in other regards.

Recently we discovered that activists, politicians, and even political party leaders were being shadow banned by Twitter -- meaning that their accounts or their tweets were not immediately searchable, unlike those of their left-wing counterparts.

Twitter’s response to the allegation was the bizarre statement: "People are asking us if we shadow ban. We do not…” followed by: “You are always able to see the tweets from accounts you follow (although you may have to do more work to find them, like go directly to their profile)."

If that’s not shadow banning, I don’t know what is.

Are we going to stand idly by as friends, allies, or even political enemies have their speech curtailed or their lives threatened by these modern publishers? Or are we going to demand that they can only have it one way or another?

And while many on the libertarian right and within the conservative movement have their issues with Alex Jones and InfoWars, this week’s announcement by YouTube, Facebook, Apple, and Spotify represents a concerted effort of proscription and censorship that could just as soon see any of us confined to the dustbin of social media history.

These platforms that claim to be “open” and in favor of “free speech” are now routinely targeting -- whether by human intervention or not -- the views and expressions of conservatives and anti-globalists.

This is why they no longer even fit the bill of “platforms.” They are publishers in the same way we regard news outlets as publishers. They may use more machine learning and automation, but their systems clearly take editorial positions. We need to hold them to account in the same way we do any other publisher.

Just as you cannot libel someone on the pages of the Wall Street Journal, if the Silicon Valley cartel wants to act like a publisher, they should have to assume the same burden.

If the glorification of terrorism, or calls to violence are spread on Facebook or YouTube -- perhaps we need to ensure they, as any book publisher would be for instance, are liable for such content?

After all, in banning people like Jones, or even more farcically, Candace Owens, aren’t these new media publishers trying to tell us that they can, do, and will take firm action against this sort of thing? Unless they’re admitting it is mercurial, or that there may be double standards at play, then we should expect no less of Antifa-linked accounts, or ISIS-linked accounts, or even accounts belonging to left-wing activists (who often masquerade as journalists) who routinely libel public figures on the right, or worse, cause them to be harassed and attacked.

The conversation surrounding whether or not these utilities are “private companies who can make their own decisions” is becoming irrelevant as they tighten their stranglehold on public discourse.

The most avowed First Amendment, free speech defenders must surely be on the side of those -- like me -- who believe it is not within the gift of corporations to decide what is acceptable speech or not, especially when they harvest and sell data about all of us en masse as the underlying business model.

This is no longer up to them. It is up to us. Are we going to stand idly by as friends, allies, or even political enemies have their speech curtailed or their lives threatened by these modern publishers? Or are we going to demand that they can only have it one way or another?

That they cannot profess to be neutral, open platforms while being illiberal, dictatorial, and hiding behind the visage of a private corporation (which are more often than not in bed with governments around the world at the very highest levels).

This isn’t “liberal democracy” as they keep pretending.

That’s why I believe we urgently need to prosecute this issue in the public square and campaign for a social media bill of rights in our respective countries. And for those that don’t take issue with the latest censorship of right-wingers by big social media -- unless we take a stand now, who knows where it could end.