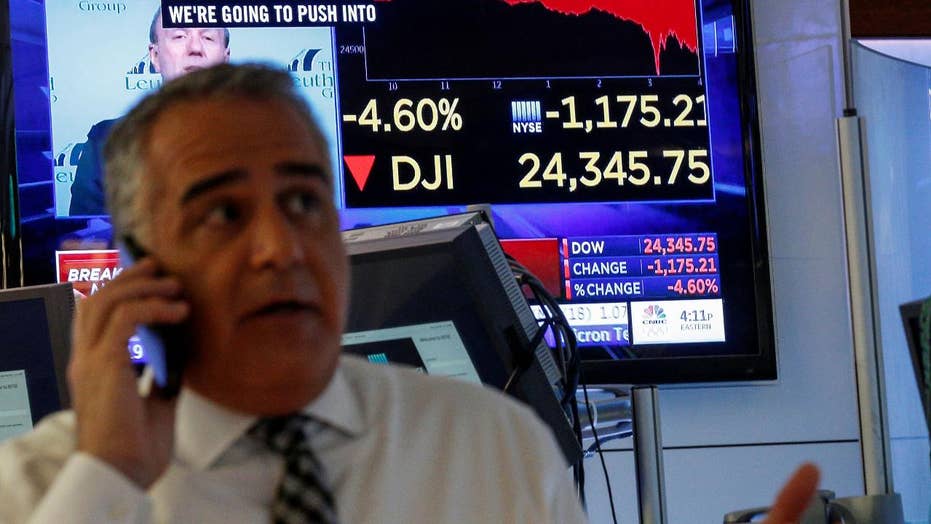 Stocks make history, but not the good kind

The Dow suffers its biggest one-day point drop ever, down more than 1,100 points.

The greatest threat to the Trump recovery is reckless action by the Federal Reserve System, which could choke off economic growth.

There is a distinction between the headlines created by stock market ups and downs and the real threat from Federal Reserve policy changes that can raise interest rates and withdraw money from the banking system.

A correction is more than reasonable. Some overvalued stocks will take a hit (and should). Other stocks will fall into a more affordable range and draw in new money from people seeking bargains.

The real danger is not a substantial correction – remember, the market would have to fall 8,000 points just to get to the 2016 Election Day level. And on Tuesday afternoon the Dow was up again near the end of the trading day.

The real danger is that the underlying signal that led to the correction was the news that the Federal Reserve was going to tighten the money supply and raise interest rates.

When done slowly and cautiously, these are necessary steps back toward a more traditional system.

The Fed responded to the banking crisis of 2007 with massive injections of cheap money and extraordinarily low interest rates. In effect, the Fed was giving away cheap money to avoid the kind of credit crunch that had turned the 1929 recession into a Great Depression.

Bernanke was referencing an idea developed by economist Milton Friedman, who was the first to introduce the “helicopter money” concept in monetary policy.

This attitude led to an enormous injection of money into the worldwide system. Smart investors took advantage of the cheap money and got even richer.

Now, as the economy recovers, the Fed is reverting to its normal fear of prosperity.

Back in the 1970s and 1980s, then-Congressman Jack Kemp and I argued that the attitude of the Federal Reserve was both wrong intellectually and wrong in practical effect.

The dominant Fed theory is that too much economic growth is dangerous because it leads to inflation. Therefore, every time the economy starts growing substantially, the Fed should raise interest rates to “cool it off.”

Since many Fed economists agree with former Treasury Secretary Larry Summers that stagnant growth is the “new normal,” they believe it is essential that interest rates be raised every time the economy starts to really grow.

President Trump’s policies are exactly the opposite. Trumpian economics starts with a belief that the “Obama normal” that Summers is describing is a result of bad left-wing policies.

The Trump program of lower taxes, deregulation, job training and workforce reform is designed to get to 4 percent or even 5 percent growth.

If President Trump is pushing for a rapidly expanding, full-employment economy, and the Fed theoreticians are determined to “cool off” the Trump exuberance, there will be a real confrontation.

All this was brought home to me when I read an article in John Mauldin’s Mauldin Economics newsletter, called Thoughts from the Frontline last week headlined “Enjoy It While You Can.”

John is a good friend and a remarkable student of markets and economies. He has an amazing worldwide network of friends who make their living in various markets. Their practical understanding of the real world is dramatically better than the limited view of academic theoreticians at the Federal Reserve.

In his newsletter, John explains how the normal economic signals that the Federal Reserve looks at to determine if there is a danger of inflation are currently distorted by the low labor force participation rate and the number of people working multiple part-time jobs. He also explains why raising rates too high and withdrawing money too fast would be devastating to growth.

I urge you to read Mauldin’s newsletter and watch for the potential collision between the president and the Federal Reserve.

In the 1950s, every time President Eisenhower got the economy growing, the Federal Reserve would raise interest rates and push the economy into a recession.

President George H.W. Bush was defeated for re-election in part because the Federal Reserve kept interest rates too high, which pushed the economy into a recession.

President Trump, his Cabinet, and the congressional Republicans should all keep an eye on the Fed. The Republican tax, regulatory, and workforce reforms are working. It is important that they make sure the Federal Reserve doesn’t create a real slowdown based on obsolete academic theories.

The success of the economy, the opportunities for working Americans and their families, and the election potential for the president and congressional Republicans are all affected by the next series of Fed actions.

I will write more about them as they evolve.

In the meantime, read Mauldin’s newsletter and you will get real insights as the process unfolds.