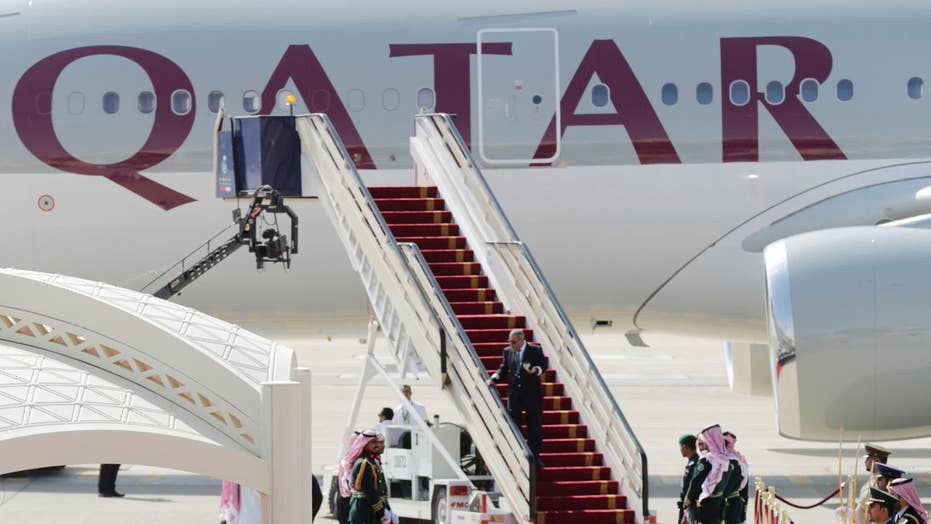 Calls for Qatar to cut ties with terror organizations

Negotiations between nation states require a great deal of flexibility and discipline. In the past few days, we’ve seen a variety of international negotiating tactics from the Trump administration.

Early last week, we saw strategic restraint. President Trump announced he would delay implementation of an additional $200 billion in tariffs on Chinese products due to progress in trade negotiations with the country. After already following through on the implementation of $250 billion in tariffs last year, which brought China to the table, Trump wanted to send a signal that the United States is a good faith partner. Ultimately, this restraint may allow talks to continue to move smoothly.

Then, late last week, we saw a display of strength. The President abruptly cut short his summit with North Korean dictator Kim Jong un because Kim’s demands were unreasonable. Trump needed to remind the North Korean leader that his country is the one that is economically desolate and isolated, and North Korea needs a deal more than the United States.

In the coming days, I hope we will see another negotiating tactic from President Trump in his administration’s international dealings: resolve.

As I have written before for Fox News, Qatar and the United Arab Emirates have for decades subsidized their state-owned airlines in violation of their Open Skies Agreements with the United States.

Open Skies Agreements between countries allow airlines to establish international flights without prior approval from the government. A central tenet of the 126 Open Skies Agreements the United States has with countries that have state-owned carriers is that the flights must reflect actual market demand. This ensures that state-owned carriers do not create international flights that operate at a loss for the purpose of driving other airlines out of business. This ensures a level playing field between privately owned and state-owned airlines.

A strong, resolute response to Qatar from our government would show that the United States is no longer going to put up with global cheating in trade. A weak response sends the signal that the Trump administration is not as effective in standing up for American workers as it needs to be. All these countries we are negotiating with will feel emboldened to cheat.

Unfortunately, monitoring whether state-owned airlines are living up to this agreement is difficult. For years, Qatar and UAE got away with creating below-market international flights to and from the United States by keeping their finances opaque. But they couldn’t get away with it forever.

The Trump administration took a big step in January 2018 by forcing Qatar to agree to transparency in its airlines’ finances. Also, in a side letter to the agreement, the administration got Qatar’s leadership to commit to refrain from adding more flights from third-party countries to the U.S.

Qatar Airways has a 49 percent stake in Air Italy. However, despite this minority ownership position, the president of Qatar Airways often makes announcements about the future of Air Italy as if he is in charge. This makes sense because Air Italy is depending on Qatar Airways – and thus dependent on the government of Qatar – to stay afloat. Since acquiring the airline in 2017, Qatar Airways has provided cash, airplanes, and other resources. In fact, two years before the announcement, Air Italy operated at a combined 50 million-euro loss. Qatar Airways gave it 100 million euros in cash and guarantees to make up the gap – in addition to aircraft.

Over the course of the last year, Air Italy has launched or announced five new flights from Milan to the United States. This is clearly a violation of the agreement Qatar signed with the Trump administration. Qatar is simply using Air Italy to do that which it agreed not to do – launch heavily subsidized service to the U.S. across the Atlantic.

It is also typical of the type of maneuvers that different countries – especially ones who subsidize their industries – use to circumvent trade agreements and tariffs. They simply buy an ownership stake in a foreign company not subject to the trade measure and go back to their old practices under a new flag.

How the Trump administration responds to Qatar’s truly blatant and obvious cheating is critical.

In addition to the negotiations with China, the U.S. recently came to terms with Mexico and Canada on an updated version of the North Atlantic Free Trade Agreement, which is much fairer to the United States. We also reached an agreement with Asian Pacific countries.

These new agreements won’t be worth the paper they are written on if the United States will not enforce them.

A strong, resolute response to Qatar from our government would show that the United States is no longer going to put up with global cheating in trade. A weak response sends the signal that the Trump administration is not as effective in standing up for American workers as it needs to be. All these countries we are negotiating with will feel emboldened to cheat.

The U.S. should immediately protest Qatar Airways actions to the Qatari government and use full diplomatic pressure to get the government to order their airline to halt the new flights. If the Qatari government does not act quickly, President Trump should be prepared to use the U.S. government’s authority to limit Air Italy’s ability to operate in the United States.

By doing so, President Trump would be standing up for the American workers in the airline industry. He would also be putting the U.S. in a more authoritative position to stand up for workers in all American industries against unfair foreign competition.

Disclaimer: Speaker Newt Gingrich is an adviser to Delta Airlines, which is part of a broad coalition of U.S. carriers that oppose the subsidized Qatar Airways/Air Italy expansion into the U.S. market.