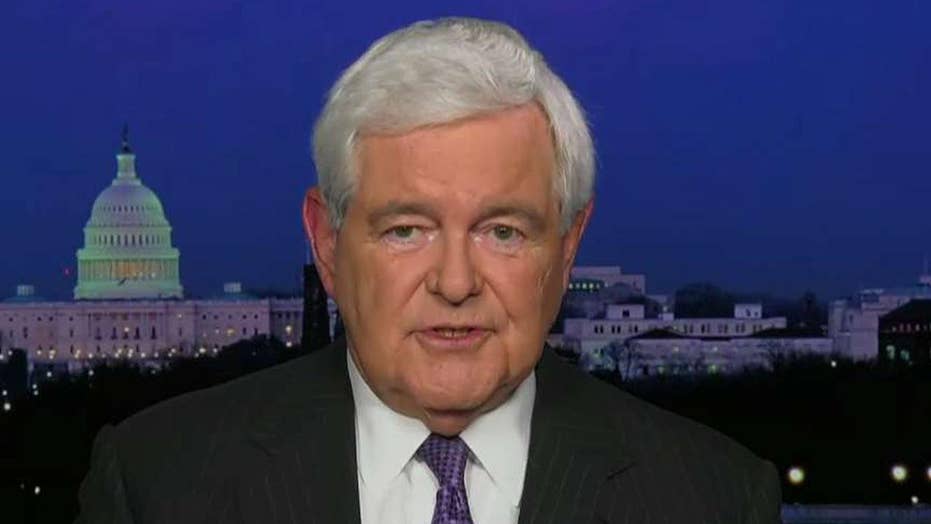 Former House speaker weighs in on 'The Story.'

It provides Congress with a clear, concise outline from which to write significant, popular tax cut legislation that could help America break out of the dependency model of big government which has proliferated since the Lyndon B. Johnson era.

Cutting taxes for the middle class – and especially small business owners – will also break our country out of the cycle of slow economic growth that has been the hallmark of the past decade of Democratic leadership in Washington.

If small businesses – which employ nearly half of our private sector workforce – are able to keep more of their hard-earned money, they will be able to expand their businesses, hire more people, and increase wages.

Reducing the 35 percent federal corporate income tax rate down to 20 percent will help America compete with other countries to attract new businesses to our shores. This is incredibly important. With state taxes included, the United States currently has the fourth highest business tax in the world. In contrast, the world average business tax rate is 22.96 percent, according to a Tax Foundation study of 202 tax jurisdictions.

Moving the United States to a territorial tax system – in which multinational businesses would not be penalized for bringing foreign earnings to America – will lead to trillions of dollars coming back to America. We are one of only six major countries that has a worldwide system that taxes earnings companies make in other countries. Those earnings could be invested in American factories, American jobs, and American wages.

Undoubtedly, Democrats are going to claim Republicans are trying to cut taxes for the rich. Senator Chuck Schumer has already made this claim.

Republicans can defeat this attack with a few simple truths.

First, under the Republican tax cut plan, the standard deduction would double, so people who make less than $12,000 a year (or married couples filing jointly who make less than $24,000) would pay zero federal income taxes. Those in the lowest income bracket would see their tax burden reduced by $12,000 or $24,000. The current standard federal deduction is $6,350. This represents an enormous tax break for America’s lowest income earners and the middle class.

Second, the GOP plan calls for increasing the $1,000-per-child tax credit – and increasing the income cap for earning this credit. This is not a tax deduction that decreases overall taxable income. It’s a dollar-for-dollar credit on taxes owed. This will be tremendously helpful for American families who are struggling to provide for their children. This framework also effectively eliminates the perverse incentive to keep parents seeking this tax credit from marrying.

Republicans must get these messages out to the public – and they must do so constantly until this legislation is signed into law.

If the American people know the truth about this tax cut plan, it will be so popular that Democrats – especially those up for re-election – will have to support it. Already, Indiana Senator Joe Donnelly, a Democrat, joined President Trump in Indianapolis for Wednesday’s announcement.

This speaks to my last point: Turning this tax cut framework into real tax cuts – and doing so by Thanksgiving – is the key to ensuring Republicans keep and grow our governing majority in 2018 and beyond.

If the GOP can actually sign into law these tax cuts, the prosperity created by these pro-job, pro-growth, pro-America tax cuts will provide the momentum Republicans need to continue draining the swamp, reigning in the bureaucracy, and making America great again.