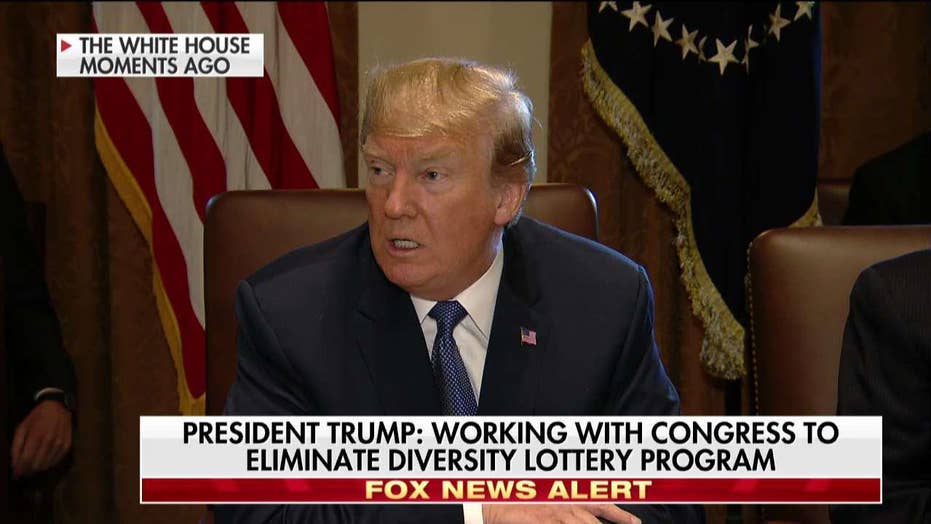 President Trump is right: We should end the diversity lottery for immigration. It is an absurd system for randomly selecting who should come to the United States. The lottery system should instead be replaced with a merit-based system that actively seeks people who will help grow the American economy.

Instead of continuing liberal, politically correct immigration rules that emphasize what the left calls “diversity,” we need a system that focuses on an individual’s merit, work and achievement. What a person can contribute to America should be more important when making immigration decisions than whether he or she fits some political science mantra of diversity.

However, in light of the terrorist attacks in New York, Orlando, San Bernardino, Boston and elsewhere, closing the lottery loophole isn’t enough. We need to take far more decisive steps in improving and securing our immigration system.

First, we need to identify terrorists as enemy combatants. They should be thoroughly interrogated and a new law should be developed so that captured terrorists are not able to benefit from Miranda rights.

As a matter of national security, we need to know who our enemies are and what threats they may pose. This overrides the legitimate principles for defending the innocent in traditional criminal cases.

The Supreme Court has ruled that people who are arrested and questioned by police must be advised of their Miranda rights in order for police to use their statements as evidence. The minimal Miranda warning that police must read to an arrested person before questioning states: “You have the right to remain silent. Anything you say can and will be used against you in a court of law. You have the right to speak to an attorney, and to have an attorney present during any questioning. If you cannot afford a lawyer, one will be provided for you at government expense.”

As a matter of national security, we need to know who our enemies are and what threats they may pose. This overrides the legitimate principles for defending the innocent in traditional criminal cases.

Take, for example, Tuesday’s attack in New York City. Eight people were killed. Twelve people were wounded – and we know who did it. We should have a system in place that enables us to aggressively push to find out what the terrorist knows, who he relates to, and what else we must do immediately to prevent future attacks.

Second, while today's focus is on immigration, we have a disturbingly large number of home-grown American citizens being radicalized. We must develop a new legal framework for dealing with local and imported terrorists alike.

Third, we must find out how people are radicalized in America and cut off these sources of radicalization. This might include, when necessary, monitoring and closing radical mosques that encourage violence. This means police need to be able to proactively monitor potential terrorists, recruiters, and propagandists. Prior to Mayor Bill de Blasio, New York City had one of the finest counterterrorism efforts of any city in the world.

This is going to be a long war with radical Islamic Supremacists. Closing the immigration lottery system immediately is an important step, but we will need to do far more than this in order to be truly safe.