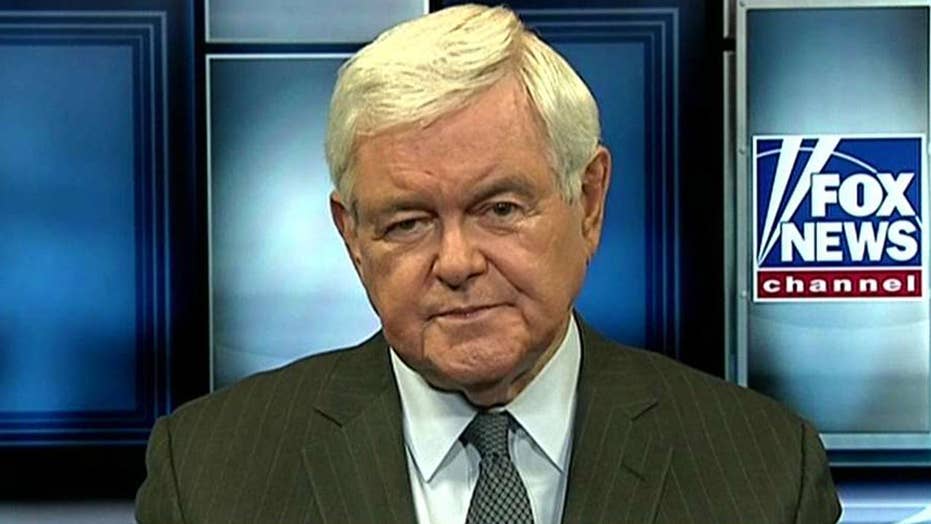 The great political surprise of 2018 will be the size of the Republican victory.

After members of the elite media have spent two years savaging President Trump, lying about Republican legislation, and reassuring themselves that Republican defeat was inevitable, the size of the GOP victory in 2018 will be an enormous shock.

Two very interesting columns (one by Barry Casselman and one by Scott Adams) illustrate how the media is deceiving itself.

Casselman contends that the Democratic victory in Alabama may have blocked a year-long embarrassment and actually strengthened Republican prospects in the Senate. He asserts there may be a new political wave coming, but no one knows whether it will be a red or blue wave.

As I listened to the end of the year "analysts," I was struck by how little they know, how little they have questioned their own mistakes, and how mutually reinforcing their false information has been.

Adams, the author of Dilbert, has a list of 20 political opinions and predictions made about President Trump and his Administration, which were just plain wrong. He suggests if you were wrong about 15 or more of these assertions, you might quit talking about politics while Trump is in the White House. By Adams’s standard, most elite "analysts" would have to be quiet, because they have been so consistently wrong about Trump.

As I listened to the end of the year "analysts," I was struck by how little they know, how little they have questioned their own mistakes, and how mutually reinforcing their false information has been.

These are not analysts. These are liberal propagandists. Much of what they assert is just plain wrong. Fake news is, sadly, an accurate term. And the topic about which they have been the most fake is the GOP’s Tax Cuts and Jobs Act.

First, the media lied about the tax bill in an effort to convince most Americans their taxes would go up.

Then, the media took surveys of people who opposed the GOP bill based on the false information supplied by the media.

Then, the media talked again and again about how unpopular the Republican plan was and how it was going to weaken Republican candidates in 2018.

Then, the bill passed, and unsurprisingly, it turned out to be dramatically better for Americans than the elite media had described.

In fact, the tax cuts will be the 2018 proving ground of media liberal bias and dishonesty.

CBS News just provided a vivid example of the false impressions created by the liberal news media’s lies. They interviewed three families about how they expected the GOP tax bill to affect them. Then they had a CPA tell them, on camera, what they would actually be paying in taxes next year.

Of course, after months of convincing most Americans their taxes would go up, the three families either expected to be paying more in taxes or to not save any money. And you can tell by watching the segment that the liberal hosts expected the same.

Of course, it turned out that all three families would pay less under the GOP tax cuts than under current law.

A North Carolina single mother with an income slightly under $40,000 who didn’t think she would be affected will keep about $1,300 more per year under the GOP bill.

Two college teachers in Rhode Island with a joint income of over $150,000 a year thought they would pay more taxes, but they will actually pay about $650 less under the GOP tax cut.

The biggest surprise in the CBS report was the impact the tax cuts would have on a California couple with three children, a small business, and earning an income of approximately $300,000. The family believed that because California is a high-tax state, that capping state and local tax deductions would really hurt them. Instead, the Tax Cuts and Jobs Act will save them nearly $13,000 in taxes.

The look on the three families faces as they learned how much they would be saving was remarkable to behold.

The CBS analyst concluded "every one of the families will have more money in their pocket next year."

As my colleague Joe Desantis wrote me: "This segment drove me crazy. As if CBS was incapable of doing math before the tax cuts passed."

The gap between the news media falsehoods and the dramatically better reality of the GOP tax cuts will have three huge effects on the 2018 campaign:

1. The American people will be positively surprised and pleased by the degree to which Republicans kept their word and actually put more money in taxpayer pockets. After 10 months of frustration from trying to repeal Obamacare, Republicans have proven they can get big things done.

2. The news media’s dishonesty will be vivid at a personal level. People will be able to compare their personal experience with the news media's fake reporting and endless bias. As the truth sinks in, the ability of the liberal media to shape opinion will decline even further.

3. Democrats who voted against the bill will live to regret it as people look at their family budgets and realize Democrats in the House and Senate wanted Washington bureaucrats to have more money, rather than hard-working Americans. This will certainly be a losing proposition for the 10 Senate Democrats up for re-election in states President Trump won in 2016.

In fact, the stage is being set for a definitive election.

Do you want higher taxes, bigger bureaucracy, more power in Washington, and a smaller economy with lower take-home pay and fewer jobs? If yes, vote Democrat, because that is what they stand for and will continue to vote for next year.

If you want a bigger economy, more jobs, more take-home pay, less power with Washington bureaucrats, and lower taxes with more money in your pocket, then vote Republican.

If Republicans can learn to tell the truth better than the elite media and Democrats lie, the GOP will win an astonishing victory in 2018.