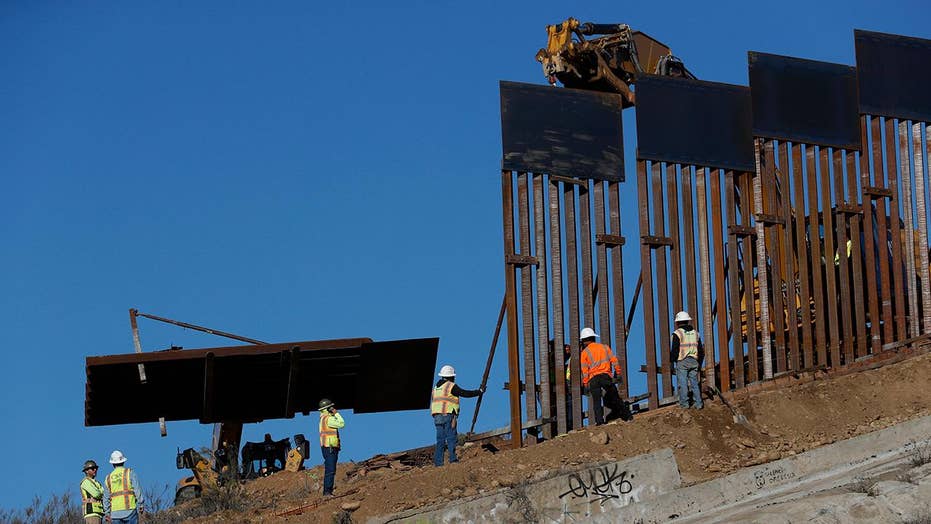 Why have Democrats ditched support for a border wall?

President Trump says Democrats supported walls or fences on the border in the past and their change of heart is politically motivated; reaction and analysis from Antjuan Seawright, former DNC consultant, and Bill Spadea, radio host and former Republican congressional candidate.

Battle lines are being drawn in Washington, D.C., over the issue of funding the southern border wall. In a contentious meeting, televised from the White House last week, a heated exchange between Donald Trump, Nancy Pelosi and Chuck Schumer’s over the wall and a potential government shutdown highlighted how far apart the two sides are on the issue.

It, of course, didn’t use to be this way.

In 2006, Chuck Schumer, along with Hillary Clinton, Barack Obama and Joe Biden, voted for the funding of the Yuma Sector Wall, which after being built decreased the crossings in that sector by over 90 percent.

But that was then. This is now. Now the hard-left open border-types have seized control of the Democratic Party. No one in leadership can be seen voting for building a wall: it would be sacrilegious to the left and potentially a career-ending move. Never mind the fact that in so doing the Democratic Party leadership has demonstrated very clearly it’s not interested in prioritizing the interests of the American taxpayer.

Now take in those statistics and throw in the fact that over the next 20 years between 7 to 8 million new immigrants will come into the United States via chain migration. Statistics show that those immigrants, by a two to one margin, favor the Democratic Party. Why? Because they want a greater welfare state.

So along comes Donald Trump who decided to make immigration a primary focus of his presidential campaign. Central to his immigration reform is the common sense idea of actually securing our southern border. Yet such an idea has been deemed racist. But what civilized, self-governing nation with an intent to survive into the next century wouldn’t want to control its borders and decide who should be able to come – or not come – into this country? In this reasoning, Canada and Australia with their merit-based immigration systems would be deemed racist.

We’re now $22 trillion dollars in debt. Our immigration and welfare systems are broken. Some people are still mystified as to how or why Donald Trump won, but is it really that hard to understand?

As troubling as the current situation is with our broken immigration and welfare systems, it can get much, much worse. As mass automation and AI and machine learning become a reality, this country should confront the fact that it is likely to face a period of great change and social upheaval. We hear discussions of trucking, which is in many states the number one employer, being automated. What we haven’t heard much about is what happens when AI and machine learning replace radiologists, anesthesiologists, or people working in the banking industry. This is all very possible in the not too distant future. Then what will those native-born Americans do when they have no jobs? Now throw on top of that mix millions of low skilled or unskilled illegal immigrants who won’t have jobs either.

And while we’re at it, perhaps a shutdown of government might actually lead to a meaningful conversation as to what we really want in regards to the size and scope of our government: do we really need two million federal government employees that cost us $136 billion a year? Do we really need over 430 departments, agencies and sub-agencies in our federal government? Why can’t we permanently break up and shut down departments like the Department of Energy? Break it up into Interior, Department of Defense and Commerce and literally plow the building under and build a Liberty Park. Or completely shut down and do away with the Consumer Financial Protection Bureau, which is Orwellian and anything but what it claims to be – and costs taxpayers hundreds of millions annually?

We’re now $22 trillion dollars in debt. Our immigration and welfare systems are broken. Some people are still mystified as to how or why Donald Trump won, but is it really that hard to understand? We finally have someone willing to confront the great issues of our day and we desperately need him to succeed: our future happiness could very well depend on it.