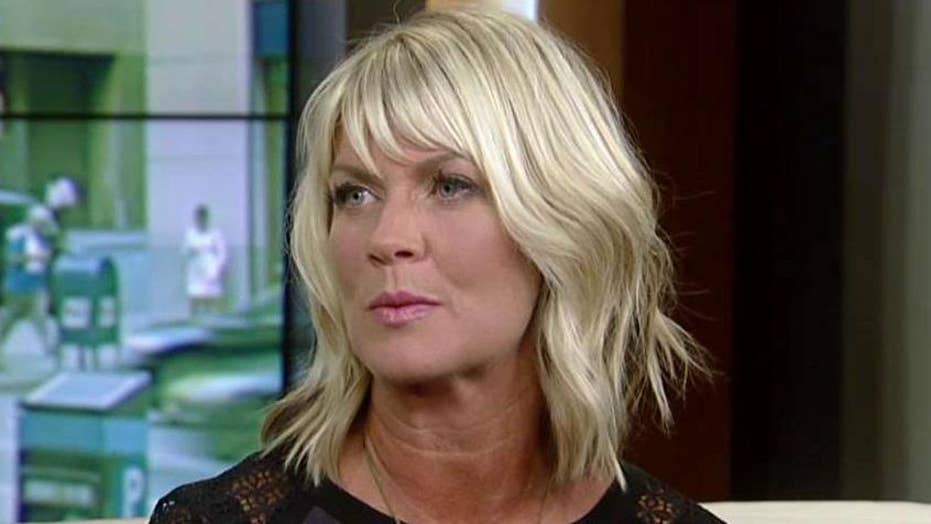 Natalie Grant on 'Finding Your Voice'

I’ll never forget my first year of college when I auditioned for a summer music ministry team. I had chosen to go to this small Christian school just outside of Seattle because of their exceptional music program. Their summer ministry teams had come through my church over the years when I was growing up, and it made me think I should go there to study education and in the summers travel and sing like they did.

I had always sung harmonies and lower parts, so I auditioned as an alto. Two days later, I got a slip under my door saying I had made it as a first soprano. I thought they had made a mistake. I ran to the music building, found the director, and let him know. He told me it was no mistake.

“You are a soprano,” he had said. “You just don’t know it yet. You can sing higher than you know.”

He let me know it would take some practice (he was right!), but he saw potential in me that I didn’t see in myself and began stretching me and showing me that I was capable of so much more than I had previously thought.

Before we go further, it’s helpful to understand what types of voices there are. For women, in general, you are either a soprano, mezzo-soprano, alto, or contralto. Each part has a unique quality, function, and purpose within any given piece of music. You fall into one of these categories based on several criteria, but of utmost importance is your range. Vocal range is the set of notes between and including the highest and lowest notes you can hit. Within your range lies a specific span of notes that trained singers refer to as “tessitura.”

Do you know how people talk about their comfort zone? The tessitura is even better than that. It’s your thrive zone—your unique vocal range where you truly shine. Your sweet spot.

I’ve learned enough along the way to know that if I’m forcing something to happen that isn’t going to happen, it’s probably because my approach is wrong. If I’m spinning my wheels somewhere, there’s a good chance I haven’t consulted God or even considered His timing

Too often, however, many women wish their voices were different than they are, much like brunettes who want to be blondes or short gals who wish they were tall. Many spend a lifetime trying to reach up or down into a tessitura that was never theirs to begin with.

Granted . . . it’s definitely possible to expand your vocal range. With intense training and effort, you can add an octave or more to your range. The drawback here is the amount of time that must be invested to alter your natural voice. It can take years to create a new range which has a quality equal to the one you were born with.

The process can be tedious, exhausting, frustrating, and discouraging. It can also be dangerous. If you continue forcing your voice to reach notes it wasn’t meant to hit, over time, you may do a lot of damage. And for what? Bragging rights?

Trying so hard to be something you’re not deprives you of the joy of singing the range for which your voice was created. It deprives the world from ever hearing the beauty of your authentic voice.

Beyond that, focusing intently on the technical aspects of singing or playing can prevent you from connecting with the emotional impact of a song. If you’re worried about hitting the high note at the end of the bridge throughout the song, you’re missing out on the story of the verse and chorus that precede it. I once heard Brian Johnson from Bethel Church encourage musicians to find the key they are most comfortable either playing or singing. For guitar players, he suggested using a capo so as to be able to play in the key with the most familiar and comfortable fingering. (A capo is a nifty little device that guitar players can use to change the key of their instrument to one that they prefer to play in.)

For singers, he advises transposing a song to the key that would allow for the maximum impact upon delivery. The power of a song resides in its presentation. If the musician is nervous or uptight, the audience will be as well. If he or she is fidgeting with the mic cord until that high note comes and goes, chances are the audience isn’t going to hear much of the song or the message it carries. They’re going to be wondering if you’re going to crack. Suddenly you are the displaced focus of the performance, drowning out your own song.

And many of us want to be like these ideals who are lifted up. Why wouldn’t we? These women seemingly have it all together. They’re the mom at the soccer games who still had time to take a shower and dry her hair. They’re the co-worker with the detailed memos and expense reports that are never late. They’re the lady who Instagrams pretty portraits, perfectly posed and captioned.

We focus on becoming who we want to be or think we should be instead of who God made us to be. When our plan falls through or doesn’t measure up, we easily write ourselves off as failures for not being some elusive ideal, though it was never who we were supposed to be.

For me, I so often universalize even the slightest failure. If I am late picking my kids up from school or blow up at them in a moment of frustration, in my head, I become the worst mother in the world.

Following my self-diagnosis, I withdraw or become cynical. Essentially, I diminish who I am and who I can be to others because I’m mad at myself. Too often, I let fear or worry erode my trust. At times, I have such a fear that God isn’t going to fulfill His promises to me that I adopt a mind-frame of wanting or needing to control everything.

To write that so plainly, I grimace a bit. My babies became toddlers who huffed away from Mommy when they  didn’t get what they wanted. Kind of uncomfortable to realize that Mommy does the same thing!

So what do we do? For me, it begins with noticing my own habits. I’ve learned enough along the way to know that if I’m forcing something to happen that isn’t going to happen, it’s probably because my approach is wrong. If I’m spinning my wheels somewhere, there’s a good chance I haven’t consulted God or even considered His timing. More likely than not, I’m trying to fit my square end into a round hole, too frustrated or distracted to think about why things aren’t working.

Four-time Grammy nominated Natalie Grant is known for her powerful and soaring vocals, heart-gripping lyrics and passionate performances, and has remained one of the top-selling Christian & Gospel artists since her 2005 breakout RIAA Gold certified album, "Awaken." She has since gone on to have over 3 million in career sales. The Gospel Music Association has named her Female Vocalist of the Year 5 times and she has had multiple number 1’s on the Billboard chart. Natalie Grant is the author of "Finding Your Voice: What Every Woman Needs to Live Her God-Given Passions Out Loud" (Zondervan, September 13, 2016).