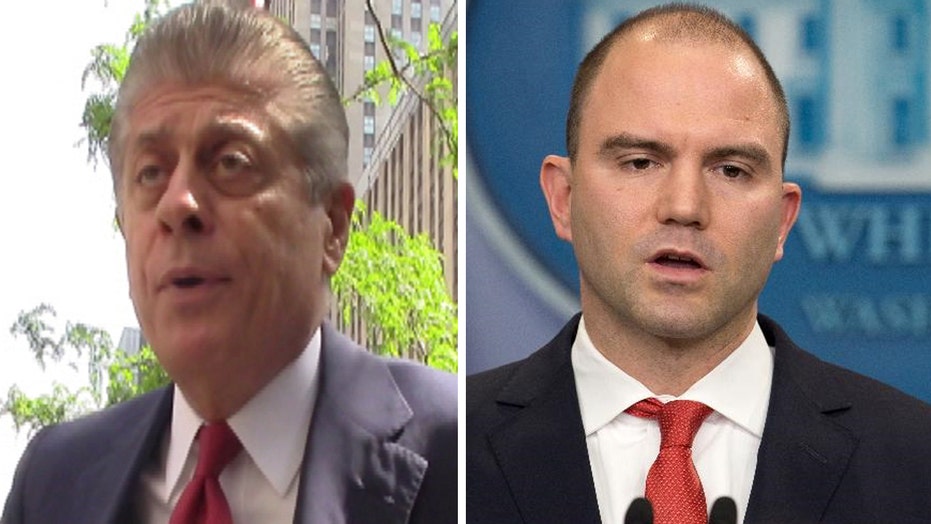 Napolitano: The US government lied to us

Last year, the Obama administration negotiated an agreement with the government of Iran permitting Iran to obtain certain materials for the construction of nuclear facilities. It also permitted the release of tens of billions of dollars in Iranian assets that had been held in U.S. banks and that the courts had frozen, and it lifted trade sanctions. In exchange, certain inspections of Iranian nuclear facilities can occur under certain circumstances.

During the course of the negotiations, many critics made many allegations about whether the Obama administration was telling the truth to Congress and to the American people.

It appears that this deal is an executive agreement between President Obama and whatever faction he believes is running the government of Iran. That means that it will expire if not renewed at noon on Jan. 20, 2017, when the president’s term ends.

It is not a treaty, because it was not ratified by a two-thirds vote of the Senate, which the Constitution requires for treaties. Yet the Obama administration cut a deal with the Republican congressional leadership, unknown to the Constitution and unheard of in the modern era. That deal provided that the agreement would be valid unless two-thirds of those voting in both houses of Congress objected. They didn’t.

Then last week, the president's deputy national security adviser for strategic communications, Ben Rhodes, who managed the negotiations with Iran, told The New York Times that he lied when he spoke to Congress and the press about the very issues critics were complaining about. He defended his lies as necessary to dull irrational congressional fears of the Iranian government.

I am not addressing the merits of the deal, though I think that the more Iran is reaccepted into the culture of civilized nations the more economic freedom will come about for Iranians. And where there is economic freedom, personal liberties cannot be far behind.

I am addressing the issue of lying. Rhodes’ interview set off a firestorm of criticism and “I told you so” critiques in Capitol Hill, and the House Oversight and Government Reform Committee summoned him to explain his behavior. It wanted to know whether he told the truth to Congress and the public during the negotiations or he told the truth to The New York Times last week.

He apparently dreads answering that question, so he refused to appear and testify. One wonders how serious this congressional committee is, because it merely requested Rhodes’ appearance; it did not subpoena him. A congressional subpoena has the force of law and requires either compliance or interference by a federal court. Rhodes’ stated reason for not testifying is a claim of privilege.

What is a privilege? It is the ability under the law to hide the truth in order to preserve open communications. It is a judgment by lawmakers and judges that in certain narrowly defined circumstances, freedom of communication is a greater good than exposing the truth.

Hence the attorney/client and priest/penitent and physician/patient privileges have been written into the law so that people can freely tell their lawyers, priests and doctors what they need to tell them without fear that they will repeat what they have heard.

Executive privilege is the ability of the president and his aides to withhold from anyone testimony and documents that reflect military, diplomatic or sensitive national security secrets. This is the privilege that Rhodes has claimed.

Yet the defect in Rhodes’ claim of privilege here is that he has waived it by speaking about the Iranian negotiations to The New York Times. Waiver -- the knowing and intentional giving up of a privilege or a right -- defeats the claim of privilege.

Thus, by speaking to the Times, Rhodes has admitted that the subject of his conversation -- the Iranian negotiations -- is not privileged. One cannot selectively assert executive privilege. Items are either privileged or  not, and a privilege, once voluntarily lifted, cannot thereafter successfully be asserted.

The House Oversight and Government Reform Committee should subpoena Rhodes, as well as the Times reporter to whom he spoke, to determine where the truth lies.

It is a crime to lie to the government when communicating to it in an official manner. Just ask Martha Stewart. One cannot lawfully lie under oath or when signing a document one is sending to the government or when answering questions from government agents. Just ask Roger Clemens. Stated differently, if Rhodes told the FBI either what he told Congress or what he told The New York Times -- whichever version was untrue -- he would be exposed to indictment.

Ben Rhodes is one of the president’s closest advisers. They often work together on a several-times-a-day basis. Could he have lied about this Iranian deal without the president's knowing it?