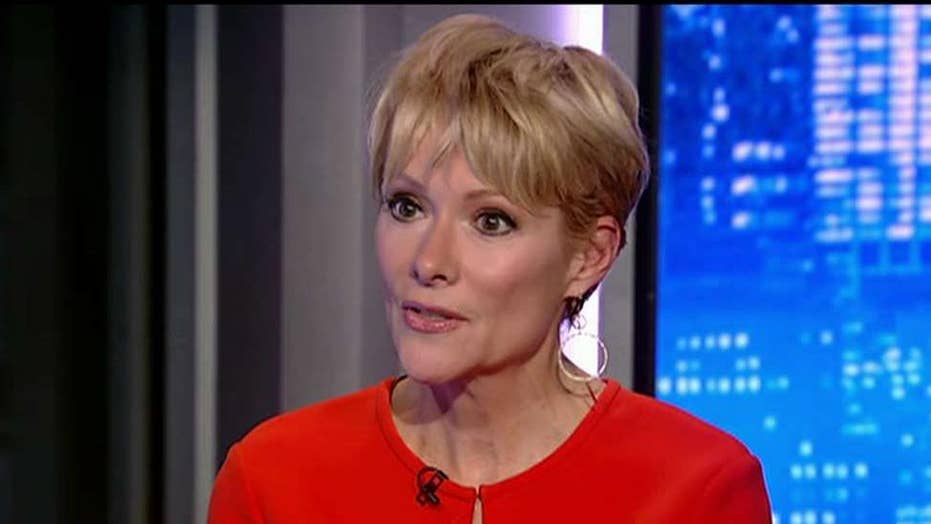 Gerri Willis opens up about her cancer battle

A diagnosis back then

When my sister Suzy was diagnosed with breast cancer in 1978, the pink ribbon – now proudly worn by survivors and supporters as a universally recognized symbol of hope – wasn’t even invented yet. Breast cancer was rarely discussed, and certainly not openly. Very little was understood about the disease, and screening options were limited.

It has taken a long time to change the culture surrounding breast cancer from silence and shame to hope and strength – but we did it.

Unfortunately, the breast cancer screening methods and therapies that we know to be most effective are still not widely accessible and adopted. Over the past four decades, we have made significant progress in creating more accurate screening technology. But today, only about 50 percent of patients are receiving it.

So, while we’ve come a long way, we must do more to ensure that all women know about, and have access to, the most advanced options available.

When I was diagnosed with breast cancer in 1984, I was very lucky to have access to the best technology available. Since then, the technology has only improved.

In the 2000s, screen-film mammography transitioned to digital (2D) mammography, using x-ray technology to take 2D images from the front and side of the breast. The challenge with this type of imaging is obvious – 2D images of a 3D object don’t provide the full picture.

Digital mammography can, and often does, result in flat images of overlapping breast tissue. This can make it very difficult for radiologists to read results and most importantly, to spot potential cancers that might be hidden.

The good news is that research continued to combat these shortcomings and a much more advanced technology – 3D mammography – was eventually brought to market in 2011. And what an impact it has made.

Now universally considered the standard of care, 3D mammography provides radiologists with 3D images in slices. It’s almost like giving them a book to read, and the book pages are images of each layer of a woman’s breast.

Since 2011, countless studies have proven that 3D mammography detects more invasive cancers earlier than digital mammography alone. Another proven benefit of this technology is that it is superior for the nearly 50 percent of women who have dense breasts – a complex health factor that can leave those women more likely to develop breast cancer.

Offering women 2D mammograms when 3D is available is like opting for the brick cellphone instead of the latest iPhone. It’s absurd, but more importantly, it is risky and irresponsible.

Over the years, women have heard and responded to the message about the importance of early detection and screening. But this is no longer enough.

Today, women need to be asking more questions about the types of screening they are receiving, and challenging their health care providers when what they are offered is less than the best available option.

When it comes to mammography, we know that 3D imaging is the best at detecting early cancers. Every woman deserves access to it.

The future is bright

In 1978, when my sister was diagnosed, cellphones were just being introduced and weighed about two pounds. Now, imagine life without sleek iPhones and the internet at our fingertips. Offering women 2D mammograms when 3D is available is like opting for the brick cellphone instead of the latest iPhone. It’s absurd, but more importantly, it is risky and irresponsible.

Before her death, I promised Suzy that I would dedicate the rest of my life to ending death from breast cancer. One of the surest ways we can accomplish this is to ensure that every woman has access not just to screening, but to the most effective screening, treatment and aftercare.

This will require physicians and clinicians who rely on screening equipment to vocalize their support for the latest and best technology.

It will require providers and insurance companies to make the necessary investments to ensure that their patients are getting the best possible care.

And it will require women to speak up and ask their health care providers these important questions.

As a pioneer in the fight against breast cancer, I appreciate the progress we have made over the last forty years. But I also think of the words of the legendary scientist Marie Curie, the first woman to win a Nobel Prize, who said, “One never notices what has been done; one can only see what remains to be done.”

We possess much more knowledge today than ever before about how to find disease early and how to deliver new therapies and aftercare. But we must make sure that this highest level of care is available and accessible to everyone, now.