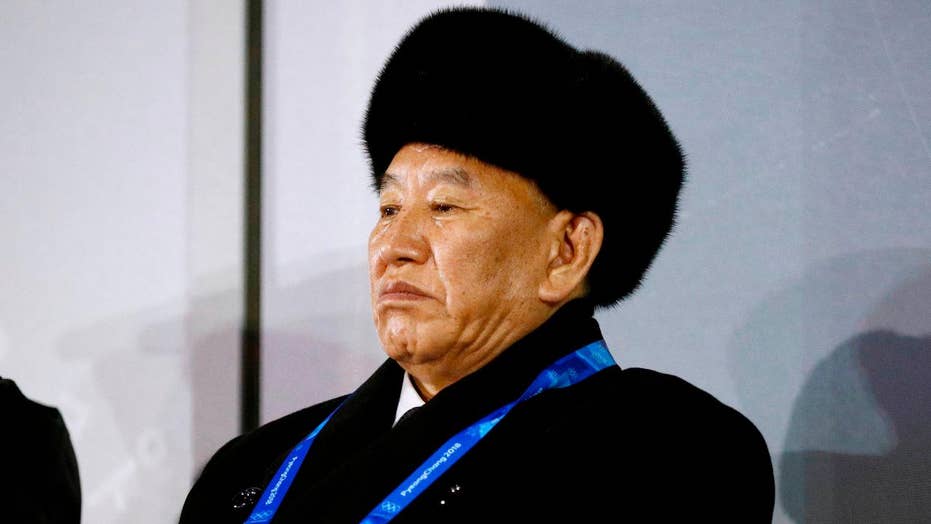 President Trump should refuse to hold a summit with North Korean dictator Kim Jong Un unless Kim is willing to first offer a firm and verifiable plan to get rid of his nuclear weapons.

Such a plan must have specifics – not simply aspirational talk – on how the North would denuclearize. And it must contain clear benchmarks and time limits with tight mechanisms that guarantee the deal is followed.

If Pyongyang will not agree to such terms – or demands a peace treaty, diplomatic recognition or economic incentives first – President Trump should refuse to meet with Kim.

A series of meetings between U.S. and North Korean officials were underway to prepare for the summit, although the summit has not been declared back on as of this writing.

There is no point in holding a summit just for the sake of having a summit. We need more than a photo op.

The Trump administration simply can’t afford to reward the Kim regime with a summit unless the North is willing to remove the threat that nearly brought East Asia to the brink of war. Anything less would be a tragic mistake that history would never forgive us for.

While the Trump administration clearly is pulling out all the stops to secure a summit with North Korea, we must remember who we are dealing with.

As history shows us time and time again, the Kim family lies, cheats and does anything it can to ensure its survival. There is no agreement that North Korea has not broken, no weapons technology it has not sold, no risk it won’t take, no international norm it cares to uphold.

Such is the case when you are dealing with a communist regime that is responsible for the death of millions of people over decades.

We must also keep in mind that North Korea has been on a quest for nuclear arms since the 1950s – when Kim’s grandfather ruled. The impoverished nation has spent billions of dollars to develop as many as 60 nuclear weapons, along with missiles that have the range to strike the U.S. homeland.

Combined with its chemical and most likely biological weapons, the North has a deadly arsenal that can easily kill millions of people within minutes.

This arsenal, by its sheer size and capabilities, ensures North Korea’s survival. No wonder the regime continues to make only aspirational pledges to give it up – never once spelling out the terms of disarmament.

Kim knows that having weapons of mass destruction means a U.S. invasion is almost completely out of the question. This is very likely why there has been no firm agreement on a summit.

Knowing that much of the world would prefer to see his regime fall, Kim is unlikely to ever agree to give up what he sees as his ultimate insurance policy.

The North Korean leader may have concluded there is nothing we can offer him that would take the place of his nuclear bombs that keep him in power and keep him alive. He is well aware that other dictators have been killed after they’ve been overthrown.

It seems that Kim is trying to have his cake and eat it too – gain prized international legitimization and prestige by meeting with President Trump as fellow member of the nuclear club, without a firm pledge to abandon his nuclear weapons.

Claiming to fear that America would not honor a security guarantee for his regime, Kim seems certain to demand some sort of trust-building measures before he takes any measures to get rid of his nukes. Such measures could include the easing of international economic sanctions, full diplomatic recognition by the U.S. and a peace treaty formally ending the Korean War.

And if Kim gets such concessions he’s likely to follow in the footsteps of his grandfather than father and then break any promises he’s made to get the favorable treatment. We should have learned from experience by now that the word of all the members of the Kim dynasty is absolutely worthless.

In any normal diplomatic setting, Kim’s call for U.S. concessions to start with might be a reasonable request. However, such a tactic comes right out of the North Korean playbook: pocket the concessions, stall on negotiations and build out your weapons of mass destruction arsenal even more.

If Kim can drag out this process for a year or more, his scientists would most likely develop a long-range missile that could deliver an atomic or hydrogen bomb to the U.S. in the intervening period – our worst nightmare.

What the Trump administration must do now is clear. It must press the North Koreans – whether in Singapore, along the demilitarized zone dividing the Koreas or in meetings in New York – for a firm and verifiable plan of action that commits the North to denuclearization.

If the North Koreans want something to show good faith, we can easily remove a small amount of sanctions once they surrender one or two weapons or missiles, something I proposed in an op-ed for Fox News last week. If Kim won’t even agree to this, then his intentions are quite clear: he isn’t serious about denuclearization.

While it may be tempting for President Trump to hold a summit in a longshot effort to attempt to secure a denuclearization deal, the overwhelming risks of failure outweigh the slim chances of success.

And with the North Korean dictator taking a big step towards legitimization if he is given a summit without making a deal to go non-nuclear, Pyongyang would have every incentive to stall on any pledges for as long as it can.

President Trump must hold the line on North Korea. If we change course now the risks and dangers are too great.