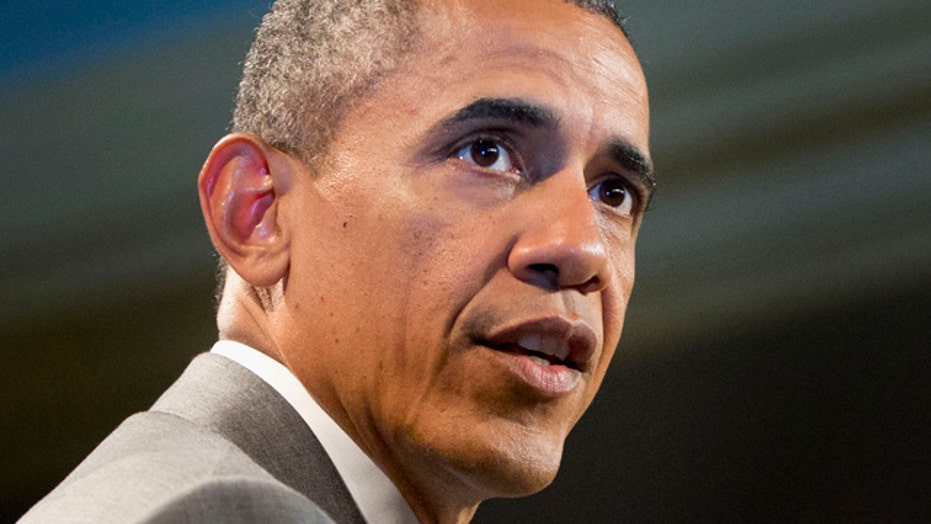 The commerce department reported Wednesday that the economy contracted by nearly 3 percent from January through March. This dismal shrinkage in output has many Americans worrying about a dreaded double dip recession.

On the jobs front, it feels to many Americans that the recession never ended. One of the misleading headlines from last month's employment report was that all the jobs lost during the recession have finally been won back.

According to the Bureau of Labor Statistics (BLS), in 2007 on the eve of the recession, there were 146.6 million Americans working. Today, there are 145.8 million Americans in jobs. So nearly 7 years later, we are still 800,000 jobs below the previous peak. That’s some jobs recovery.

But the missing jobs in this economic recovery are much higher than that. A new analysis of the labor force numbers by Heritage Foundation economists places the real jobs deficit in America closer to 5.5 million, even after accounting for changes in population and demographics.

This jobs deficit results from two unfavorable developments in the labor market. First, the unemployment rate is far higher than expected at this stage of a recovery. Mr. Obama promised an unemployment rate of 5 percent after he passed his $830 billion "stimulus" plan in 2009. The difference between the expected 5% jobless rate we were supposed to have by now and the actual 6.3% rate (as of May 2014) is 1.3%.The math here is straightforward. The shortfall in jobs comes to just about 2 million, based on the number of those officially in the “labor force.”

But that’s only half the story. Nearly everyone knows the real unemployment rate is far above the "official” 6.3 percent rate because of the disappearance of Americans over the age of 16 from the workforce. Since the peak of the last recovery in 2007, the labor force participation rate (the percentage of the population either employed or actively seeking employment) has fallen by more than three percentage points (7.9 million people) to 62.8%.

However, our analysis reveals that the increased numbers of those aged 60+ only accounts for only a bit more of one-third of the decline in the participation rate. More than 5 million additional people age 16-50 would be in the labor force today had the rate remained unchanged for those demographics. The drop in labor force participation for the younger population (under 60) is responsible for 63% of the drop!

A summary of these statistics reveals a startling pattern. Of 9 age demographics analyzed, labor force participation declined in the 7 youngest brackets and increased in the 2 oldest brackets.

Here is the bottom line. The higher than expected unemployment rate and the lower than expected labor force participation rate has created a jobs deficit of nearly 5.5 million fewer Americans working than should be in this economic recovery. This 5.5 million employment shortfall is the equivalent of the entire population of Colorado. Another way to think of it is that the jobs shortage nationwide is the equivalent of every worker in Ohio losing their job.

Since the beginning of Obama’s first term in January of 2009, the U.S. has regained about 3.7 million jobs. Overall, as measured from the start of the recession, we’ve endured the slowest jobs recovery in 75 years.

The Heritage analysis indicates that for every job created under President Obama, we should have more than two. This may help explain why Americans feel so much worse about the jobs situation than what is reported in the official Washington employment statistics.

Stephen Moore is the Distinguished Visiting Fellow, Project for Economic Growth at The Heritage Foundation. Prior to joining Heritage he wrote on the economy and public policy for The Wall Street Journal.
ADVERTISEMENT