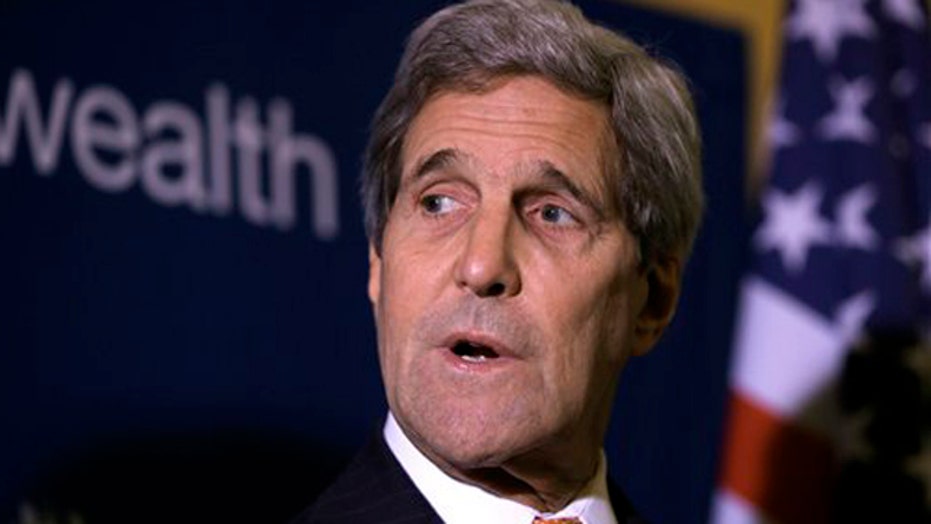 Sec'y Kerry travels to Ukraine as US weighs sending arms

At noon on Friday, in front of the White House, Ukrainian-Americans and friends of Ukraine from all over the world will call upon President Obama to act now to stop Russia from continuing its support of terrorist activity in eastern Ukraine. This march of solidarity for Ukraine will start at Lafayette Park and culminate at the Lincoln Memorial, where various ambassadors, government officials and other dignitaries will speak.

The world’s largest online Ukrainian support group, 1,000,000 People Around the World in Support of Ukraine’s Fight for Freedom, is organizing the event.

The group, which consists of almost 40,000 people from almost every country in the world, was founded last March in response to the terrible murders in Kiev of protesters at the Maidan. The murders of these protesters, known by Ukrainians all over the world as the “Heavenly Hundred,” sparked a revolution. Ukraine’s corrupt president, Viktor Yanukovich, was forced into exile, and the pro-European Union Petro Poroshenko was elected to take his place.

Friday’s march is being conducted on behalf of all the people in Ukraine who have died as a result of their nation’s undeclared war with Russia, including the passengers killed aboard Flight MH-17, the citizens of Debaltseve and Mariupol currently under attack, illegally detained Ukrainian citizens such as Nadiya Savchenko, and the citizens of the entire Donbas region and Crimea.

The group is calling on the United States to honor the Budapest Memorandum, the agreement it signed with Ukraine in 1994 to persuade the newly independent nation to give up its nuclear arsenal, which at the time was the third largest in the world. In return, several countries, including the U.S. and Russia, promised to protect and defend Ukraine if it was ever attacked. Now Russia has waged undeclared war, and over 5,000 have died.

The group is also demanding that human rights violations, including the kidnappings, beheadings and torture that have been committed in Slovyansk and Kramatorsk and other cities, be fully investigated — and that those accountable be brought to justice.

In recent days the violence has stepped up substantially. Two Ukrainian civilian buses have been shelled, and apartment buildings in Mariupol have been bombed, causing over 50 civilian deaths, including many women and children.

If Putin succeeds in conquering Mariupol, a key Ukrainian port city between Russia and Crimea, then Russia will have created a land bridge to Crimea. The consequences for freedom and democracy throughout the world will be disastrous and long lasting, as Odessa, another warm-water port in southern Ukraine, would suddenly be in reach, as well as Moldova, Poland, Romania, etc.

This is eerily reminiscent of when the world ignored Hitler’s land grabs in the 1930s under the pretense of “protecting German-speaking citizens.” Russian-speaking citizens in Ukraine have co-existed peacefully with non-Russian speaking Ukrainians for decades. They have never been in any danger.

The nearly half-million residents of Mariupol have cried out to the world for help. They are being killed daily while conducting normal aspects of everyday life, such as riding the bus, shopping, attending schools and living in their homes. They are being killed even while remembering the departed in their cemeteries. Residents of Debaltseve (another Ukrainian town) are being openly attacked and are fleeing by the thousands. The Red Cross is needed here to prevent yet another massacre.

We laughed at Al Qaeda after the first bombing of the World Trade Center in the early ’90s. How could such a primitive, underequipped group do us any harm? Then 9/11 happened.

Now a nuclear-armed power is violating the national airspace and naval space of many sovereign nations, has illegally seized Ukrainian land (Crimea) and is trying to do the same in Ukraine’s Donbas region. There have been too many breaches of international law to count, and now a full-scale invasion of Ukraine is under way.

This is much more than a Ukrainian issue! We need to supply arms so Ukraine can defend itself!

The Ukrainian Freedom Support Act of 2014, passed by both the House and Senate, gives President Obama the authority to provide lethal military aid to Ukraine.

Mr. President, please use this authority! Right now, Ukrainians are the only people in the world who are fighting back. They are not just fighting for themselves, but for all of us!

Ed Skibicki is founder of 1,000,000 People Around the World in Support of Ukraine's Fight for Freedom. For more visit the group on Facebook.