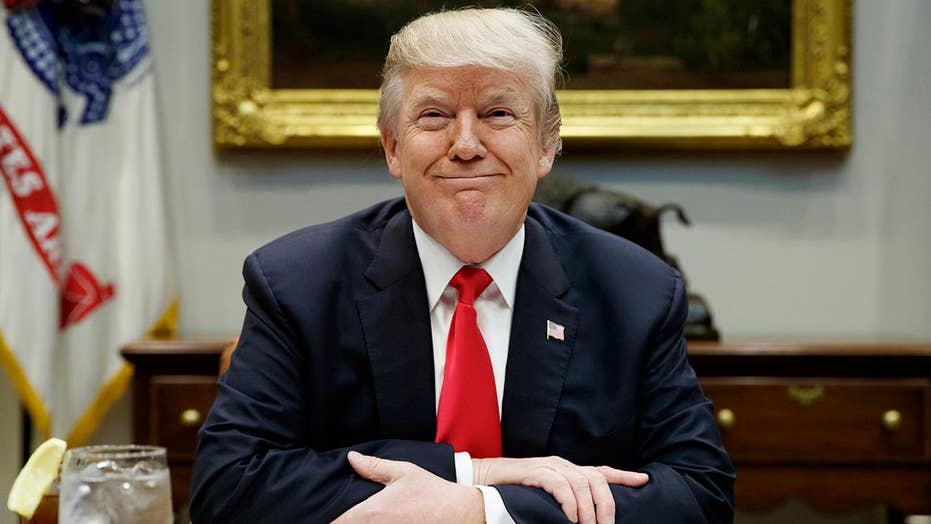 The president wants the bill on his desk the week of December 18th in case the Alabama Senate race goes to the Democrat, which would shrink the margin the reform needs to pass; John Roberts has the roundup for 'Special Report.'

After months of fits and starts, it looks like comprehensive tax reform is nearing the goal line.

This would be an ideal holiday present for the American people, who have had to live with an outdated, onerous and inefficient tax system for far too long.

Last week the Senate passed its version of the Tax Cuts and Jobs Act. The House passed a different version earlier. Republican leaders in Congress are confident that they will be able to iron out the differences and send a bill passed by both houses to President Trump by the end of the year.

Polling suggests that many Americans are dubious about the current tax reform proposal. That’s understandable, since so much of the discussion has centered on cutting corporate tax rates, which are slated to fall from 35 percent to 20 percent. Unfortunately, there’s been much less discussion about why this rate cut matters for middle-class Americans.

First, let’s make sure we understand the context. In 2004 the average worldwide corporate tax rate was 29.5 percent. Since then, the U.S. has gone in the opposite direction from every other industrialized country.

America now has the world’s highest statutory corporate tax rate – over 39 percent for combined federal and state, as compared to the current worldwide average of 25 percent.

Even France, certainly not known as the bastion of free-market capitalism, recently announced plans to lower its corporate rate from 33 percent to 25 percent over the next few years.

Why are all these countries cutting corporate rates? Simply put, they recognize that the lower rate attracts businesses and investment, thereby growing the economy and increasing opportunities for workers.

In addition, according to research from Cato Institute Visiting Fellow Ike Brannon, a 10 percent decrease in the corporate tax rate would cause employment to rise by 2 percent to 4 percent and would result in a 5 percent increase in wages.

These increases are significant, tangible results for working families. More recently, the White House Council of Economic Advisers estimated that lowering the corporate tax rate to 20 percent would increase average household income by somewhere between $4,000 and $9,000 per year.

Turning back to this specific tax reform legislation, there are other benefits for middle-class taxpayers. It doubles the standard deduction, providing significant simplification. It also increases the child tax credit and lowers individual tax rates, thereby raising the take-home pay for the vast majority of taxpayers.

According to the nonpartisan Tax Policy Center, Americans of all household income brackets would get a tax cut in the first year.

In addition, the Senate Finance Committee estimated that a family of four earning a median income of $73,000 would see a tax cut of nearly $2,200.

Congress’ official scorekeeper, the Joint Committee on Taxation, concluded that the Tax Cuts and Jobs Act would contribute to increased economic output over the next 20 years. The committee’s analysis also found that a reduction in effective marginal tax rates on wages will directly contribute to an increased labor supply.

Both common sense and economic research tell us that modernizing the tax code will provide a long-term boost to the American economy and to middle-class workers. Tax reform has come a long way down the field; it’s time to get into the end zone.