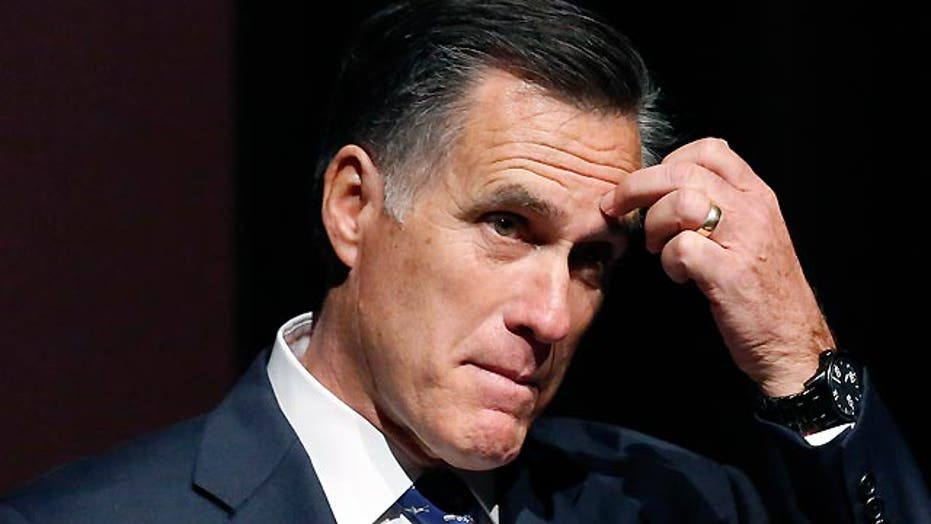 I think most people would agree that Mitt Romney is a good man who cares deeply about his country, and he would have made a great president.

It’s our collective loss as a nation that he wasn’t elected in 2012. I know I speak for many when I say I was excited about the prospect of a Romney 2016 candidacy and his vision for a stronger and more prosperous America and a safer, more stable world.

Mitt Romney was right. Now it’s time for a new set of Republican leaders to pick up where he left off and take the Republican Party’s ideas directly to the American people.

I’ve known Mitt for almost 15 years, dating back to our time together in Massachusetts politics. I’ve seen first-hand the traits that made him a world-class businesses man, savior of the 2002 Salt Lake City Olympics, and a strong chief executive as governor of the Bay State. But I’ve also seen the side of him that others may be less familiar with: a devoted husband, father, and grandfather who puts his family’s interests above all else.

Mitt Romney was right. Now it’s time for a new set of Republican leaders to pick up where he left off and take the Republican Party’s ideas directly to the American people.

Like me, Mitt is deeply concerned about the future of this country, and the conditions we’ll leave it in for our kids and grandkids. The main reason he took a long look at another run for president, before ultimately deciding it was time for a new generation of Republican leaders, was because of his concern over the fact that our allies don’t trust us, and our foes do not fear, or respect us.

Our foreign policy is a joke, and the lack of leadership is leaving a void for criminal or terrorist elements to fill.

He concluded that after a bruising and potentially divisive primary, our primary process as it stands, together with the lack of unity after the primary would have made it easier for Hillary Clinton to become our next president. Governor Romney and I think that is something our nation simply cannot afford – and something that all Republicans must stand united against, no matter where they fall on the ideological spectrum.

After eight catastrophic years of President Obama, our country desperately needs new and fresh leadership that projects American strength. Put simply, it is clear that Hillary Clinton represents the third term of Barack Obama and his failed foreign policy. Through her words and writings, it’s clear she shares the same left-wing economic ideology as President Obama and Sen. Elizabeth Warren, rooted firmly in the concept that a bigger government is the answer to everything.

Clinton’s widely-panned comment that businesses don’t create jobs demonstrates an unfiltered view into her true economic principles and a stunning lack of appreciation for American free enterprise.  It shows that she is of the same school of thought that led to the “you didn’t build it” ideology, which demonizes our job creators and brings us closer to socialism.

Gone are the days of the JFK Democrats who believed that, if you worked hard and kept your head down, you could make an honest living, provide for your family, and achieve the American Dream. No longer does the Democratic Party celebrate and encourage economic success; instead their policies of wealth re-distribution punish those who do well.  This discourages innovation and puts a damper on the American dream for our younger generations.

When it comes to international affairs, Clinton is even worse. For four years, she was the face of Obama’s foreign policy, which emboldened our enemies and insulted our allies. As a result, the former doesn’t fear us and the latter doesn’t trust us. Obama's “leading from behind” strategy leaves America more vulnerable.

As America’s influence around the world has waned, violent terrorists have stepped up and filled the vacuum, and the results, have been both catastrophic and heart-breaking.

Last month, we all watched in horror as radical Muslims shed the blood of innocent victims in the streets of Paris. Policemen and cartoonists were murdered in cold blood for the whole world to see, and members of the Jewish faith were targeted because of their religious beliefs.

And yet in the face of all of these new threats, Hillary Clinton refuses to acknowledge the obvious: we are engaged in a potentially centuries-long war with Muslim extremists who will stop at nothing to export their policies of terror around the world.  It is a war rooted in religion, and we need to show these terrorists that we have the muscle and willpower to outlast them.

On all of these issues, and more, Mitt Romney was right. Now it’s time for a new set of Republican leaders to pick up where he left off and take the Republican Party’s ideas directly to the American people.

Throughout the 2016 primary process, our GOP candidates must project economic strength which is based on the principles of free enterprise. They must also show a muscular foreign policy that makes no apologies for having the strongest fighting force in the world.

If we do that, we can win back the White House and put this country back on firm footing for all of our citizens.