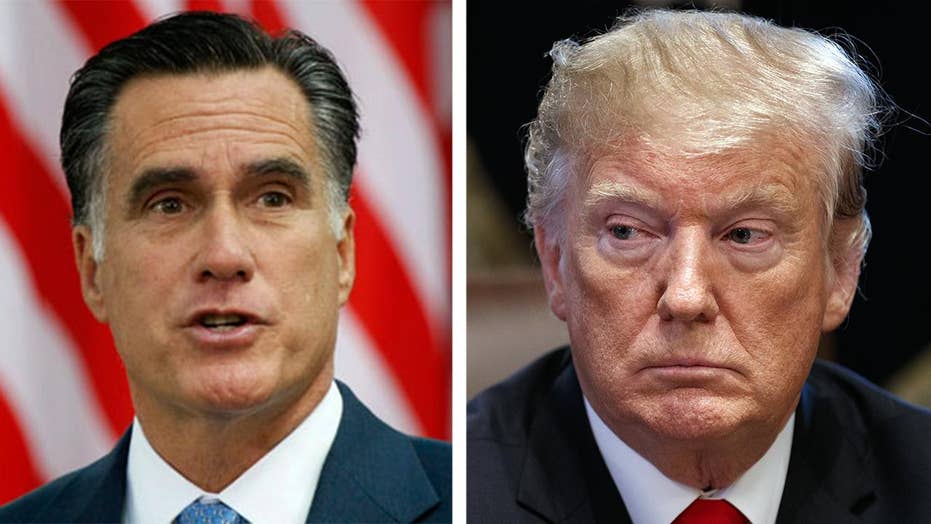 I usually strongly disagree with Never-Trump leader Bill Kristol’s constant criticism of President Trump. Kristol refuses to recognize the president’s major accomplishments in improving the U.S. economy and making our country safer.  He can’t bring himself to admit that whatever flaws he thinks Mr. Trump may have, our country dodged a bullet with Trump’s victory over Hillary Clinton since a Clinton presidency would have continued the disastrous domestic and foreign policies of President Obama.  A President Hillary Clinton also would have undermined our freedom by naming at least two far-left Supreme Court justices.

Having said that, I respect Kristol for being a man of principle. I know where he stands. He has opposed Mr. Trump since the 2016 presidential campaign. Kristol hasn’t changed his views for political expedience, to gain access to the president or to get a job with the Trump administration.  The Weekly Standard – the conservative magazine founded by Kristol and Fred Barnes – recently went out of business in large part because Kristol refused to drop the magazine’s anti-Trump corporate line. Sometimes sticking by your principles has a high price.

Unfortunately, the same cannot be said for the new U.S. Senator from Utah, Mitt Romney, who did his latest flipflop attacking President Trump in a January 1 Washington Post op-ed titled “Mitt Romney: The president shapes the public character of the nation. Trump’s character falls short.”

Romney excoriated the president in his op-ed by challenging his leadership and claiming he “hasn’t risen to the mantle” of the presidency.  Romney lamented the president’s decision to withdraw U.S. troops from Syria and claimed his policies have divided the American people, caused dismay abroad and undermined democracy around the world.

These words echoed Romney's criticism of Donald Trump during the 2016 presidential campaign when he repeatedly attacked his character, calling him a fraud, a phony and a con man and vile. Romney also attacked Mr. Trump’s foreign policy proposals as “dangerous” and “not smart.”

But Romney was singing a different tune in 2012 during his presidential bid.  After Donald Trump endorsed him in February 2012, saying “Mitt is tough, he’s sharp, he’s smart,” Romney replied in a speech at the Trump Hotel Las Vegas when he said: “Being in Donald Trump’s magnificent hotel and getting his endorsement is a delight. I’m so honored and pleased to have his endorsement, and of course, I’m looking for the endorsement of the people of Nevada."

Romney flipflopped again after Donald Trump won the 2016 presidential election, doing what the Washington Post called a “stunning 180 on Donald Trump” and sucked up to Mr. Trump to be his Secretary of State.  And then in early 2018, when Romney faced a serious primary challenge to be the Republican candidate to succeed retiring Utah Senator Orin Hatch, Romney gratefully accepted President Trump’s endorsement which Mr. Trump expressed in this tweet:

During Romney’s Senate campaign he dropped his harsh criticism of President Trump and denied that he had been a leader of the Never Trump movement. Romney indicated in an October 2018 speech that although he has had some differences with the president, he was generally supportive of him and thought Mr. Trump had been “pretty effective.”

“President Trump was not the person I wanted to become the nominee of our party, but he's president now. The policies he's promoted have been pretty effective. And I support a lot of those policies. When there's a place where I disagree, I point that out.”

So now, after speaking well of President Trump during his Senate campaign, Mitt Romney has turned on him again. One has to wonder that if Romney held such major objections to the president, why did he hide them from the people of Utah before the midterm election? The answer is obvious: revealing his true feelings about Mr. Trump could have cost Romney the election.

Some have speculated that Mitt Romney wrote his recent op-ed slamming President Trump’s character because he plans to run against him in 2020. Others have said Romney is trying to draw attention to himself and become a go-to congressman for media comments about President Trump.

I don’t know what Romney’s reasons are for his new attack on President Trump.  I do know that in light of Romney’s flipflops on Trump, he cannot portray his op-ed as principled opposition to Mr. Trump.