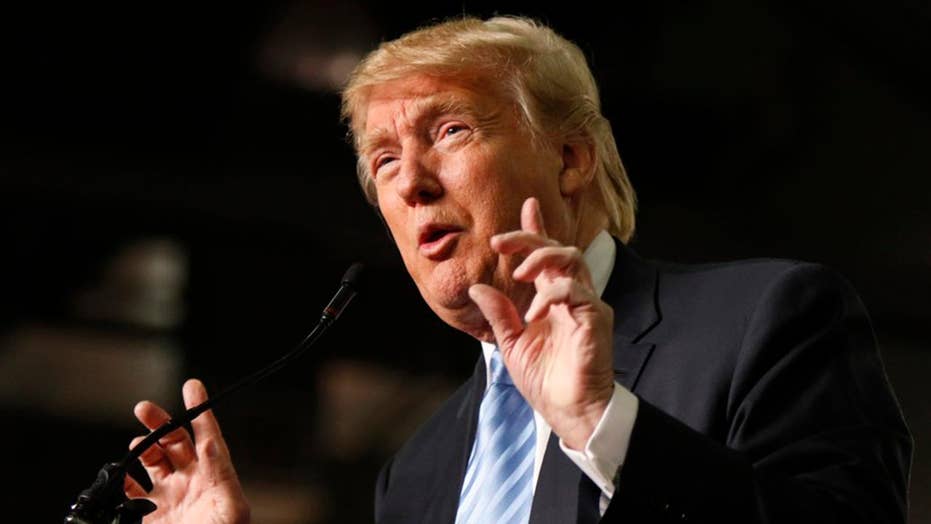 Trump doubles down on Michael Wolff and Steve Bannon attacks

A handful of people were in the kitchen at Trump Tower when Donald Trump found out that he was going to be president of the United States.  Among them were Donald Trump’s family, Hope Hicks, Kellyanne Conway, Stephen Miller, Dan Scavino, and Keith Schiller.

Michael Wolff was not there.  Steve Bannon was not there.  But I spoke to some of the individuals who were in that small kitchen for my book, The New American Revolution.

The accounts of those who were actually in the room with the soon-to-be-president expose the wildly off base if not outright fraudulent work of Michael Wolff, a journalist who self-proclaims as “unreliable.”

Wolff describes Trump’s reaction to becoming president this way, purportedly revealed to him by Steve Bannon: “a befuddled Trump morphing into a disbelieving Trump and then into a horrified Trump.”

But, as I mentioned, neither Wolff nor Bannon were in the room with Trump during that key moment.  Ivanka Trump was, and here’s what she told me as recounted in my book:

“When we realized my father would be president, all attention turned to what to communicate for the first time,” Ivanka added. The Trump campaign had prepared two speeches, an A version and B version, one a victory speech and the other a concession. This was widely reported that evening, but here is what was not reported.

As the President-elect reflected on his first words to an attentive nation, he took notice of the images that came across his TV screen: half images of crying Clinton supporters contrasted with images of jubilant Trump voters. Reflecting on the sight of Clinton voters, Trump picked up the previously planned victory speech and ripped it up. The speech hit the elites and the establishment. It just wasn’t right for the moment. “I want to bring the people together. I want to speak to those people too,” Ivanka Trump remembered her father saying as he watched the distraught Clinton crowd and set the torn paper aside. “I see their pain.”

Far from ringing in truth, the phony election night account provided by Michael Wolff is more suited for the fiction section – if not even better suited for the sleazy tabloids in the supermarket.

Not exactly the actions of a man who is “befuddled” or “horrified,” right?  No, these are the actions of a leader intent on speaking to the entirety of a country whose wellbeing he was now responsible for.

Wolff goes on to make the false claim that the Trump team did not think they would win coupled with the ludicrous claim that they had no desire to.  He writes this of the Trump family and campaign’s mood leading up to polls closing: “Their unexpected adventure would soon be over. Not only would Trump not be president, almost everyone in the campaign agreed, he should probably not be… The candidate and his top lieutenants believed they could get all the benefits of almost becoming president without having to change their behavior or their worldview one whit.”

For starters, the Trump family was cautiously optimistic of a Trump victory.  “We all felt it,” Lara Trump told me, though the constant media narrative saying otherwise caused some nervousness.   As I write in my book, “Jared Kushner revealed that his data team predicted early that afternoon that Trump was going to win. ‘It was going to be a Rust Belt Brexit,’ he told me.”  When exit polls reflected a Trump loss, Bill Stepien, then-campaign national field director, “assured Jared that the campaign’s data would be more reflective of the actual results.”

Echoing Jared Kushner’s confidence, Michael Glassner, then-Deputy Campaign Manager, told me, “The mind-set of the status quo political class was that Trump would never win.  That was not the sense among his loyalists in the War Room that night.”

In short, those closest to Donald Trump did not expect to lose, as Wolff claims; rather, they were indeed optimistic.  And their nervousness amid a slew of negative media predictions that Trump would lose reflects a campaign team that, of course, wanted to win.

Far from ringing in truth, the phony election night account provided by Michael Wolff is more suited for the fiction section – if not even better suited for the sleazy tabloids in the supermarket.

Kayleigh McEnany is the national press secretary for President Donald Trump’s 2020 re-election campaign.  She was the former national spokesperson for the Republican National Committee. She has a J.D. from Harvard Law School and BSFS from Georgetown School of Foreign Service and is the author of "New American Revolution: The Making of a Populist Movement."