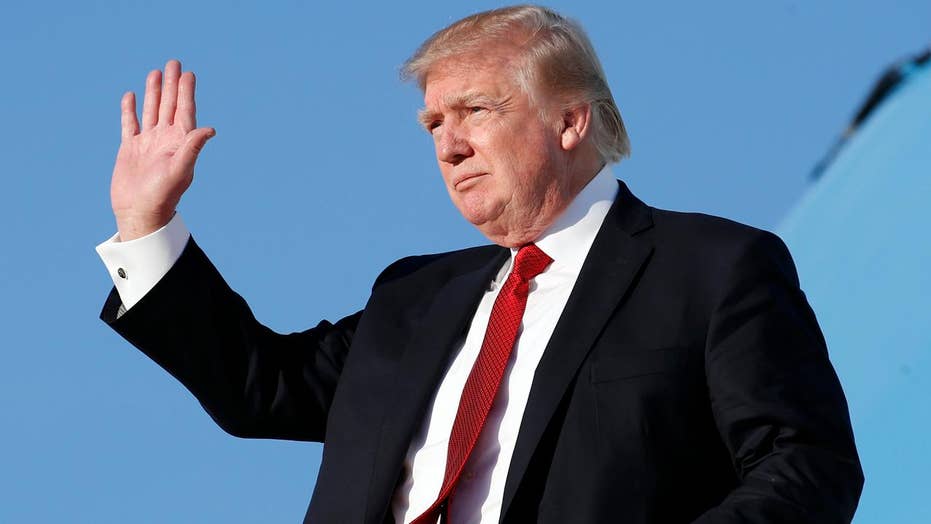 Amid complaints that his aides are saying different things about Syria and his policy is confusing, President Trump emphatically cleared the air.

The president, speaking by phone, called Syrian President Bashar al-Assad a “butcher” and a “barbarian” for using sarin gas on his own people, but said last week’s successful missile strike was not the start of a campaign to oust the dictator.

“Our big mission is getting rid of ISIS,” Trump said. “That’s where it’s always been. But when you see kids choking to death, you watch their lungs burning out, we had to hit him and hit him hard.”

He called the attack, which involved 59 cruise missiles fired from two Navy destroyers, “an act of humanity.”

I asked if he, as a new president, found it difficult to make the final decision, knowing the stakes.

“It’s very tough to give that final go-ahead when you know you’re talking about human life,” he said. “We went back and forth, and also back and forth about severity. We could have gone bigger in terms of targets and more of them, but we thought this would be the appropriate first shot.”