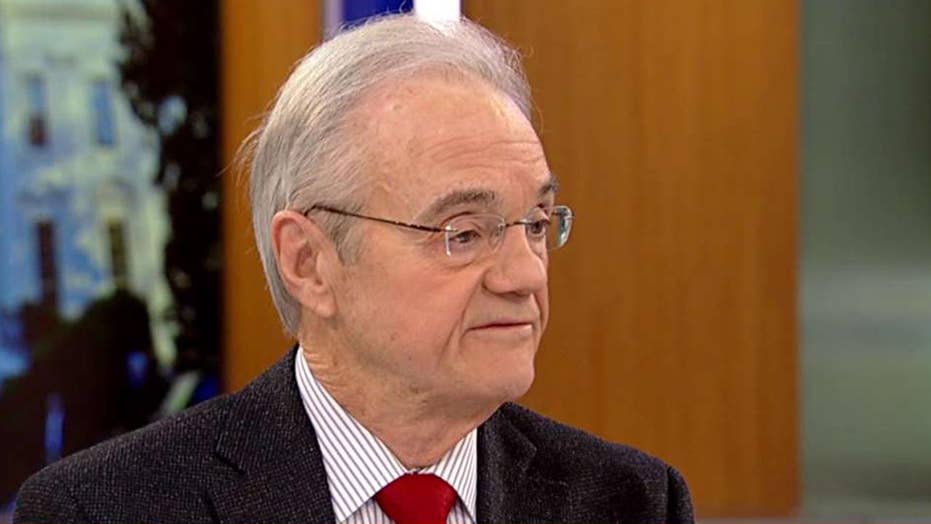 Goodwin: Trump faces far greater scrutiny and investigations than the Clintons under a new double standard of justice

New York Post columnist Michael Goodwin says that multiple investigations into Trump and his foundation were never done to the Clintons or any other Democrat.

Keeping score of the daily ups and downs of the Trump revolution is tricky business. Some days, it looks as if the president is making good on his promise to liberate America from the stranglehold of the political elite and corrupt government insiders.

Then there are days like Tuesday, when the deep state asserts its power and proves it’s not dead yet.

True, it was only one day, but it was an important one. And the results were lopsided.

The brazen quote of the dismal day comes from New York Attorney General Barbara Underwood after she got the president’s family foundation to agree to dissolve itself under court supervision.

“This is an important victory for the rule of law, making clear that there is one set of rules for everyone,” Underwood crowed.

If there really were “one set of rules for everyone,” Underwood would have been arrested on the spot and charged with perjury.

Her claim of equality before the law is about as bald-faced as a lie can get.

Recall that she presides over an office that turned a blind eye to years of suspect conduct by the Clinton Foundation, in apparent solidarity with the Clintons’ politics, then singled out the Trump Foundation for fine-tooth scrutiny as Democrats built their resistance to his presidency.

That’s not to say the Trump Foundation always acted honorably. Charges of “self-dealing” are serious and there were abuses of its privileges. But with just $1.7 million left to spend, after it distributed a reported $19 million over a decade, the foundation was relatively insignificant in Trump World.

On the other hand, the Clinton Foundation was a financial juggernaut, raising and spending tens of millions of dollars each year. In 2016, as Hillary sought the presidency, it took in nearly $63 million, but the year after her defeat, the haul fell to $26 million.

That’s still a lot of dough, but the difference underscores the persistent belief that the foundation was a giant pay-to-play scheme, with donors from around the world buying government access and contracts. Hillary’s defeat made it less attractive to “donors,” so the gusher of cash instantly slowed.

Also, the foundation had to restate four years of tax filings after Reuters discovered major discrepancies.

Yet not once -- not once! -- did New York state officials display any curiosity about potential wrongdoing. Whatever the Clintons did was good enough for them.