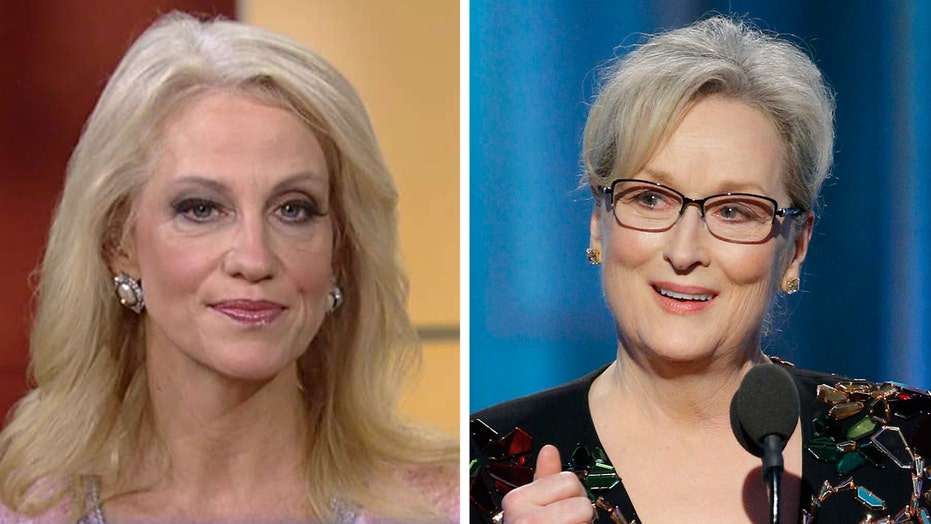 Senior adviser to President-elect Trump weighs in on 'Fox & Friends'

A who’s who of Hollywood A-listers unleashed a torrent of hateful remarks directed not only at the president-elect, but also toward his supporters (the folks Hillary deemed as irredeemable deplorables).

The most aggrieved actress of the night was Meryl Streep and she pitched a hissy fit worthy of an Academy Award.

“You and all of us in this room really belong to the most vilified segments in American society right now,” she said, her lip quivering. “Think about it: Hollywood, foreigners and the press.”

In Streep’s twisted reality, the true victims are Tinsel Town starlets with their faces botoxed and their bodies stuffed into over-priced gowns.

It’s the most deplorable book in America! Click here to get your copy of Todd’s new book!

She also rebuked the president-elect over allegations he had mocked a disabled reporter for The New York Times.

“It kind of broke my heart when I saw it, and I still can’t get it out of my head, because it wasn’t in a movie. It was real life,” she said.

“I didn’t hear her weigh in and I didn’t hear her even use her platform last night, Ainsley, to give a shout-out to the mentally-challenged boy who last week was tortured live on Facebook for a half an hour by four young African-American adults who were screaming racial and anti-Trump expletives and forcing him to put his head in toilet water,” Senior Trump Advisor Kellyanne Conway told Fox & Friends host Ainsley Earhardt.

Streep even took a few swipes at professional football and mixed martial arts which, she told the approving audience, has nothing to do with the arts.

“Hollywood is crawling with outsiders and foreigners and if we kick them all out, you’ll have nothing to watch but football and mixed martial arts,” she said to a cheering crowd of thespians.

The self-adulation on display in that room Sunday night was laughable.

And as Twitchy reminded us, out of all the people in that room, Miss Streep had absolutely no right to claim any moral high ground.

In 2003, she gave convicted child molester Roman Polanski a standing ovation after he was awarded an Oscar at the Academy Awards. She saluted a child molester – a deviant who had sex with a 13-year-old girl after drugging her.

So the next time Streep wants to get all high and mighty -- maybe she ought to just sit down and keep her mouth shut -- and spare us the self-righteous indignation.