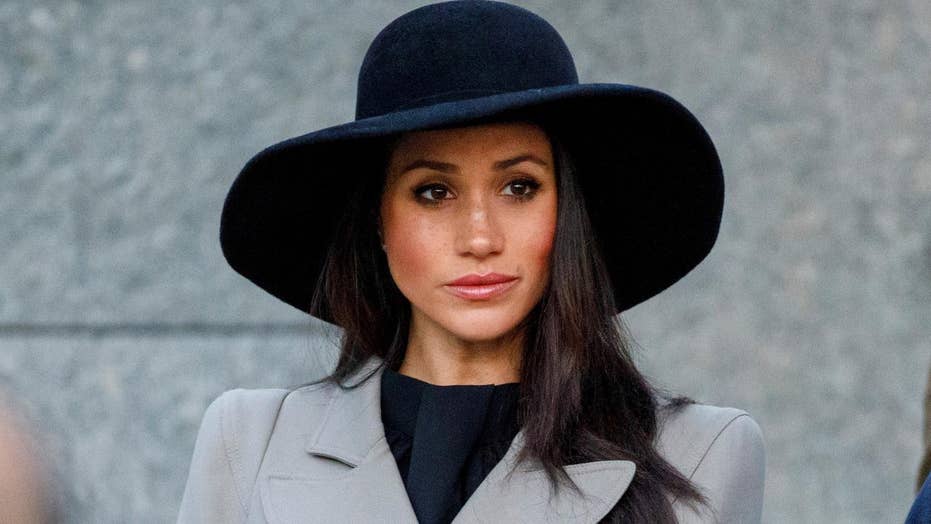 Meghan Markle, who is gearing up to marry Britain’s Prince Harry, is advised by future Countess of Sandwich Julie Montagu to maintain her all-American roots in a new documentary.

It’s an exciting time, even for Americans, as the royal wedding nears. Our media is aflutter with gossip about who is invited, what Markle will wear and what the Queen might be thinking as she gains a new granddaughter-in-law.

But there’s also a sense in America that all of this attention is untoward. After all, didn’t we fight a war to specifically not care about the whims of British royalty?

Writing on the Federalist website in April, following the birth Prince William and Duchess Kate’s third child, David Marcus argued that Americans should have no love for those on the throne. “While the British monarchy is now mainly, though not wholly, a ceremonial link to a grand past and tradition, Americans should always remember that its very existence is antithetical to everything our great nation holds dear,” he wrote. “This is part of why our forbears pulled off the greatest military upset since Salamis to stop having a king.”

But you don’t have to want a monarchy to enjoy the sight of Markle joining it. Born in Los Angeles, older than Harry, and previously married, Markle isn’t the stereotypical wife of a British prince. The fact that she is bi-racial, her mother is African-American and her father is white, only makes her that much more of an all-American story. No matter who you are, you can be anything in America, even British royalty!

As Americans, British royalty is entertainment for us. We get to watch the spectacle and then go back about our daily lives without the monarchy playing any role whatsoever.

Marcus writes that he wonders if amid the hoopla Brits gather their kids around to explain that there exist people “better” than them. He writes that he teaches his own son that “he should never show deference to a human being simply on the basis of whom her parents were, and neither should any American.”

And that’s the beauty of watching, and enjoying, the royal wedding as an American. We don’t show deference to the crown, we’re in it for the outfits and glamour, the pomp and the silly hats, none of which we pay for.

None of these people are better than us at all and in the case of Meghan Markle, she is us! She’s special, she’s different, much like America. We don’t have to root for the monarchy to root for her.

So, on Saturday, as the royal wedding plays out on our television screens, enjoy it much as you might an episode of "Suits," the TV show on which Prince Harry first spotted his future bride.

As Americans, British royalty is entertainment for us. We get to watch the spectacle and then go back about our daily lives without the monarchy playing any role whatsoever.

We can be grateful for the men who fought the revolution to give that to us and joyful when we catch a glimpse of Markle’s shoes. We get to have it all.