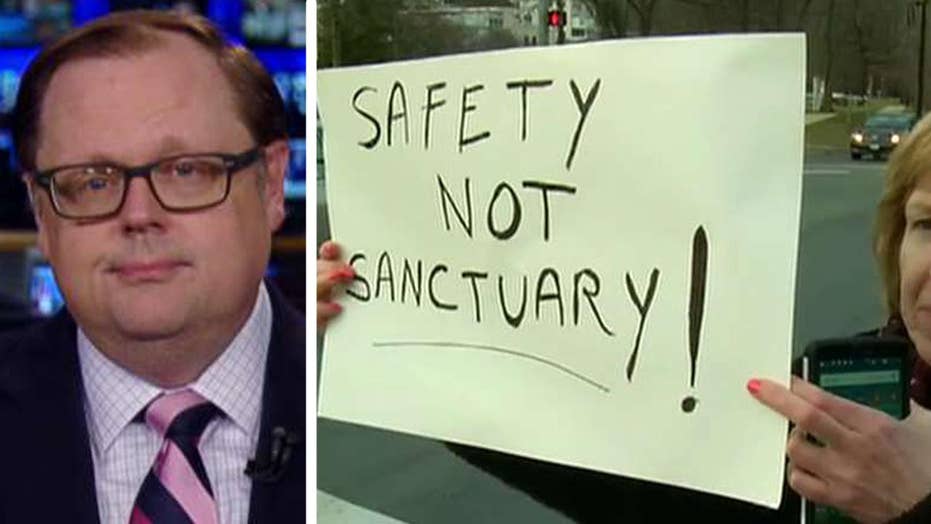 Moms and dads in Montgomery County, Maryland are terrified and angry -- and with good reason.

They don't know how many more illegal immigrant predators might be living among them -- waiting to brutally rape another 14-year-old American school girl.

Click here to learn how to restore traditional American values to our nation.

The Washington Post reports the two men accused of raping a ninth-grader on March 16 at Rockville High School came into this country illegally.

Jose Montano, 17, and Henry Sanchez Milian, 18, were among tens of thousands of young people who crossed the U.S.-Mexico border illegally in 2016, the Post reported.

In other words, former President Obama let them into the country.

Both men were apprehended by federal border agents and were targeted for deportation proceedings but were eventually set free and turned over to relatives living in Maryland, the newspaper further reported.

They were caught and they were released. And last Thursday they allegedly took turns raping a teenage girl in a public high school bathroom.

“I know that if this country enforced the laws that are already on the books, those two young men would not have been here and this rape, this horrendous rape, would not have occurred,” one parent told Fox News.

That’s ultimately why the illegals were not sent back to where they came from. They were set free so they could prowl the hallways of Rockville High School in the relative safety of a so-called sanctuary community.

The school district denied any responsibility in the sickening attack. They told parents at a special meeting that federal law required they accept any student under the age of 21. They also said they were not allowed to ask about the immigration status of any student.

“You have young adult males that really do not have our culture and you are putting them in the same classroom as our 14-year-old girls and they are saying there is nothing we can do about that – sorry,” parent Theresa Rickman told Fox News.

In other words, the liberal educators are telling parents “Don’t blame us.”

How many more Americans must be killed by illegals? How many more school girls must be raped before our elected leaders secure our borders?

Here’s my recommendation: I believe elected leaders of so-called sanctuary cities and communities should be held accountable for the actions of the illegals.

If you harbor an illegal alien within your city limits and he commits a heinous crime, then the mayor and council should go to jail, too.

Some of you may say, "Come on, Todd. Be realistic."

Okay, fine. Let's be realistic. Two illegal aliens are accused of taking turns raping a 14-year-old girl as she screamed in agony and begged them to stop. She was violated inside a public school bathroom – on American soil. Is that realistic enough for you?

I'm disgusted, America. Are you?