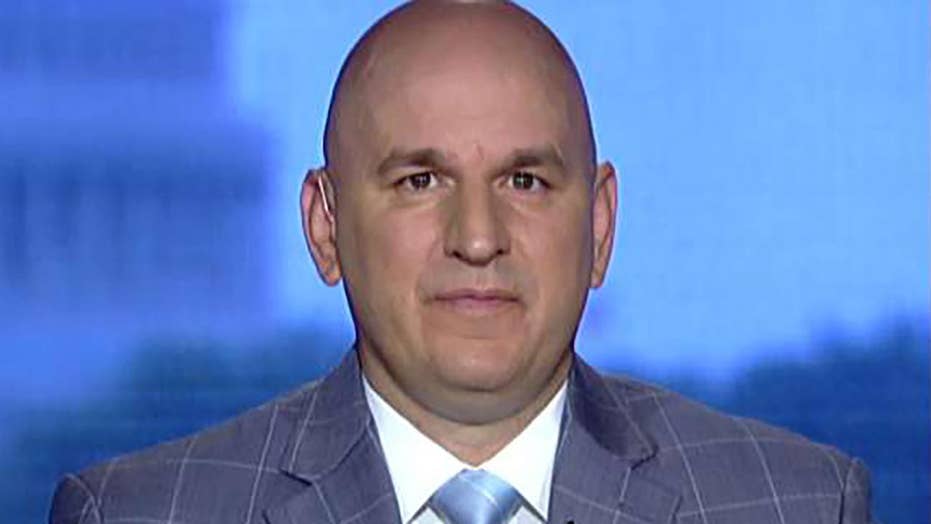 Once again, President Trump is being accused of drastically altering U.S. immigration law in order to send the message that if you’re not white and wealthy, you’re not welcome. The only problem with that accusation – just like all of the prior, similar accusations – is that it is utterly false.

The latest wave of spleen was prompted by U.S. Citizenship and Immigration Services’ announcement of a final rule governing the application of the “public charge grounds of inadmissibility.” U.S. immigration law explicitly states that anyone seeking admission to the United States, or applying for a green card, is ineligible if he/she is likely to become a “public charge.”

The term “public charge” is a legal term of art that specifically refers to a person who is, or is liable to become, totally dependent upon government assistance for his/her survival. It encompasses those who live in abject poverty and are without the tools to lift themselves out of that state through gainful employment. It doesn’t refer to those who toil in what television personality Mike Rowe has termed “dirty jobs.” Nor does it refer to individuals who are getting by, though not living in luxury, through employment in low-wage occupations.

The United States has always been a land of opportunity for those who are willing to work hard. And while creeping socialism and the rapid growth of the nanny state may change that, enforcing the public charge laws won’t. How do we know that? Because public charge laws have been a part of the fabric of American life since our days as British colonies.

The first public charge law in the United States was enacted in 1645 in the Massachusetts Bay Colony. Public figures of the time praised this legislation in the decidedly blunt, un-PC language of their day, noting that it would prohibit the settlement of undesirable “vagabonds, paupers, toss-pots and other idle ne’er-do-wells.”

Despite the colorful language, the Massachusetts public charge law wasn’t a general condemnation of poverty. Rather, it reflected the colonists’ view that citizens held a moral obligation not to become a burden upon their neighbors. After all, most of the colony’s residents were not wealthy. They were farmers, fishermen and tradesmen who survived only by dint of their own labors.

The first public charge law directly applicable to migrants was passed in 1882. For over one hundred years thereafter, immigrants’ admissibility to the United States was determined primarily based on their prospective ability to earn a living. And it is worth noting, millions of hard-working blue-collar immigrants still made their way to the United States and didn’t see public charge laws as “anti-immigrant.”

In fact, had a social welfare system existed at the time, most of the Great Wave immigrants would have refused to access it. A desire to succeed through hard work, on their own terms, was what attracted them to the U.S. in the first place, not the promise of a handout.

Those migrants immediately formed advocacy groups and began to demand the type of access to our social safety net that was formerly available only to U.S. citizens. And they got it, obtaining access to many state benefits programs (which universally depend on federal funds) and even certain federal benefits programs – despite the continued existence of the public charge ground of inadmissibility.

In 1996, Congress attempted to address this situation, identifying “a compelling government interest to enact new rules for eligibility and sponsorship agreements in order to assure that aliens be self-reliant in accordance with national immigration policy.” It passed the Illegal Immigrant Reform and Immigrant Responsibility Act and the Personal Responsibility and Work Opportunity Reconciliation Act, which strengthened public charge doctrine and required poorer immigrants to find a financial sponsor who agreed to support them should they fall on hard times. Both pieces of legislation passed with broad bi-partisan support and were signed without hesitation by then-President Clinton.

However, in response to complaints from alien advocacy groups that the public charge rules were both “draconian” and “anti-immigrant,” the Clinton administration backpedaled. It unlawfully redefined “public charge” to allow foreigners – both those lawfully here and those illegally present – to collect most types of welfare benefits. Subsequently, the Obama administration also flouted the public charge laws, expanding Clinton-era guidelines, to make foreigners who never paid into our social safety net eligible for virtually all of the same assistance programs for which U.S. citizens are eligible.

Far from violating existing law, the Trump administration’s new rule simply implements public charge law in the manner intended by Congress. Critics of the rule, like Washington’s Attorney General Bob Ferguson, have called it “un-American, anti-immigrant and unlawful.” However, they are completely off base. The Trump administration is both hewing closely to American tradition and respecting a law that was duly enacted by Congress.

Why is it so important that the public understand the history of and logic behind the public charge rules? Because America’s social safety net is paid for with taxpayer dollars. Carelessly providing millions of dollars in benefits to foreigners who have never paid into our system will make America broke. And despite his opponents’ willingness to distort the truth, President Trump has once again made the right decision for keeping America great.