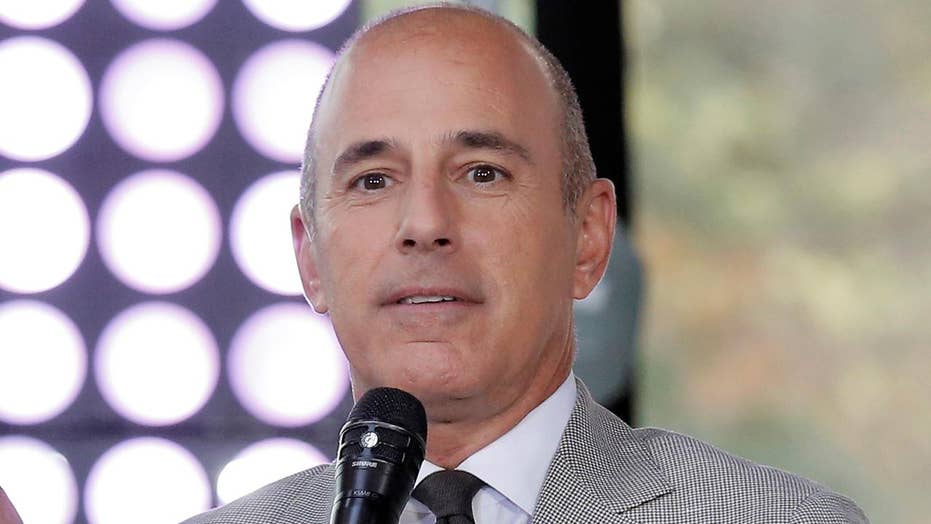 Matt Lauer speaks out about the allegations against him

Matt Lauer, who was fired this week by NBC as co-host of “Today,” is just the latest in the growing list of powerful men dismissed for inappropriate sexual behavior in the private sector. It’s about time.

Lauer’s termination after 20 years on the morning TV program intensifies the spotlight on what continues to be a watershed moment in our country: powerful men are at long last being held accountable for their sexual misconduct.

This is good news for women who want to be treated as colleagues by their co-workers and carry out their job duties without being targeted for unwanted sexual harassment, advances and assaults.

Vice President Mike Pence was laughed at and criticized for saying that he won’t eat meals alone with any woman other than his wife. If you’re a man in a position of power, and you're one of those people who laughed at the vice president’s moral boundaries and thought them crazy, then think again.

Gentlemen, you had better act like gentlemen, and be prepared to hold yourselves to a high moral standard. Or, as we’ve witnessed, someone else will now likely do it for you. And you could then find yourself out of a job, disgraced, and possibly dumped by your wife or girlfriend – all at once.

Filmmaker Harvey Weinstein’s own company fired him. Bill O'Reilly was fired by Fox News. Charlie Rose, who hosted his own show on PBS for a quarter-century, co-hosted “CBS This Morning,” and contributed to “60 Minutes,” was fired by PBS and CBS. NBC fired Matt Lauer within 48 hours receiving a complaint. Garrison Keillor was fired by Minnesota Public Radio. And these are just the most recent in a list of firings in the past two months.

If top industries continue to set an example by calling out men in power and revealing their sexual misconduct – rather than being complicit in their actions by turning a blind eye – many men will likely change their disgusting and predatory sexual behavior toward their co-workers.

Men will make this change not because they suddenly find their moral compass, but because they don’t want to see their careers and their lives come crashing down like a house of cards. Just ask actor Kevin Spacey.

What continues to be disturbing is the litany of revelations that the activities of powerful men in Hollywood and the news media were not exactly well-kept secrets. These men were at the top of powerful industries that claimed – perhaps more loudly than any others – to be champions of women’s rights.

We now know that this has been going on for decades and people, both in the news media and in Hollywood, have come out and said certain misconduct was common knowledge in their circles.

Many women are also culpable for enabling this behavior by covering up these activities, all the while preaching against sexual harassment with a giant megaphone to their lips.

For it to be a true watershed moment in our country, accountability needs to happen in the public sector as well as the private sector. That happens when Congress shows it is taking the issue of sexual misconduct as seriously as the rest of the country and releases the names all the people who were protected by the $17 million in taxpayer hush-fund money that was paid out to resolve claims of sexual harassment, overtime pay disputes and other workplace violations filed by employees of Congress.

Like the Weinsteins and the Spaceys in the entertainment business, and the Lauers and the Roses in the media business, senators and members of the House of Representatives are at the top of the political business.

But as of now, there is no outcry from women in Congress for the immediate release of the names of all who were protected by the taxpayer-funded settlements used to keep allegations quiet.

In doing nothing, they’re defending the indefensible.

When all men in power – and women as well – are held accountable for misconduct, we will have our true watershed moment.