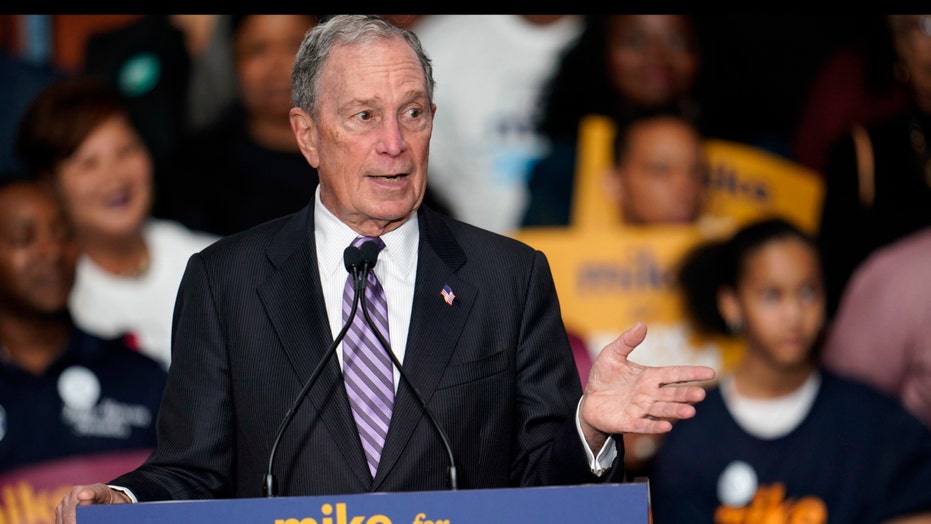 The 11 days between the New Hampshire primary and the Nevada Caucus is the longest stretch between any contest in the Democratic nomination and Super Tuesday.

For the winner, and those who exceeded expectations in New Hampshire, it’s a fight to keep the momentum going for news cycles that are measured in minutes not days.

For those who didn’t fare well it’s been compared to traversing Death Valley; a seemingly endless desert with little to sustain you to the other side as you try to survive. If you do survive, then one week later is the South Carolina primary, followed by Super Tuesday and Tropical Storm Bloomberg.

DAN GAINOR: LOVE BLOOMS BETWEEN BLOOMBERG AND MEDIA – WITH SOME EXCEPTIONS

So, let’s take a look at the current state of the Democratic race for the nomination.

And then there’s former Vice President Joe Biden. His early departure for South Carolina before the polls closed in New Hampshire likely foreshadows an early end to his campaign. The retreat was intended as a show of strength in South Carolina. But Biden has dropped 22 points among African-American voters there since the Iowa caucus. That’s a sign the bottom is falling out of his campaign.

The fact is a win in Nevada for any of the top four candidates will help them. But it won’t change the race … yet.

Money can buy many things, especially in a campaign. But there’s no guarantee it translates into votes.

Assuming the top four continue to Super Tuesday, what could change the dynamic is Tropical Storm Bloomberg. Tropical storms are always a threat. But, until they arrive, accelerate into a hurricane or recede their effect is unknown. And that’s how to view the Bloomberg candidacy.

Bloomberg is running a transactional campaign. Forgoing the first four contests had everything to do with avoiding the vetting and retail politics that are a staple of them. Instead he’s relying on TV ads to define him. Bloomberg is using his substantial fortune to buy ads, buy an organization, buy operatives and buy support. His equally lavish philanthropic investments, which trended toward the political as a possible presidential bid approached, can’t be discounted either.

But, can Bloomberg buy the Democratic nomination?

Money can buy many things, especially in a campaign. But there’s no guarantee it translates into votes. For example, union endorsements don’t guarantee votes from that union. If a union endorses a candidate, it puts its resources behind that person during the campaign. However, on Election Day, union members often vote differently than their leadership.

Furthermore, forgoing the early contests, much like Bloomberg did in his first mayoral campaign, delays vetting but doesn’t eliminate it. In fact, it only ensures vetting by the press, competitors and voters as they pay more attention after New Hampshire and going into Super Tuesday. Case in point, the past week alone has produced a torrent of revelations about Bloomberg, including allegations about his attitude and actions toward women and people of color, that even his vast wealth isn't able to stop.

Yet, in a year where defeating Donald Trump unites Democrats, voters may be willing to make a transaction as well. If Bloomberg emerges as the best candidate to beat the president, then voters may be willing to support him despite his glaring flaws. It is a tragedy that Democrats might feel they must support Bloomberg despite the allegations concerning women and voters of color – the very voters who have been the driving force in Democratic politics since 2016. Even more tragic is the fact that the bigger threat to women, voters of color and America is Donald Trump in the White House for four more years.

Will voters be willing to make a transaction to settle for less in exchange to beat Trump? While candidates are fighting to survive the next 11 days, much of America is fighting to survive Trump.Sadly, it might be a necessity to make a Faustian bargain to defeat Trump rather than fight for their lives with four more years of him in office.

And that is an American tragedy indeed.