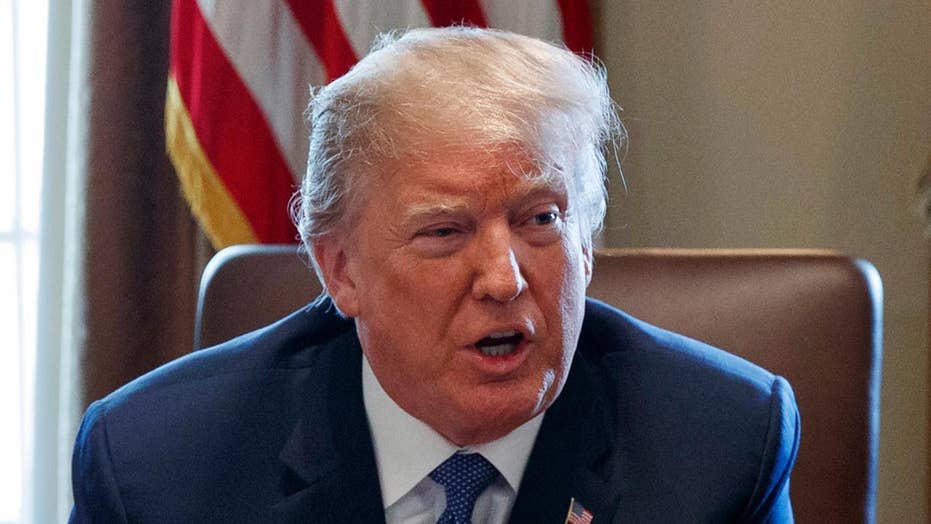 How long could we see the shutdown potentially last? Democratic strategist Robin Biro and GOP strategist Kevin Sheridan weigh in.

In 1995, then-Speaker of the House Newt Gingrich, R-Ga., thought a government shutdown would be welcomed by the American people. It wasn’t.

When congressional Republicans passed a federal budget cutting funding for Medicare, Medicaid, education and the environment, President Clinton vetoed the bill, as he and Democrats stood firm against the harmful cuts. Parts of the federal government shut down from Nov. 14 to Nov. 19, 1995 and then again from Dec. 16, 1995 to Jan. 6, 1996.

Afterward, the Clinton presidency was reinvigorated and the newly elected Republican majority in Congress took on significant water. Clinton’s Gallup Poll approval rating rose to its highest level since his election, and polls showed Americans blamed Republican more than Democrats for the shutdown.

ALSO BY MARK PENN ON THIS TOPIC

The Republicans had grossly miscalculated. In the 1996 midterm elections they lost eight seats in the House, even though they retained a 227-206 majority.

Today the winners and losers in the partial government shutdown that began Saturday are less clear. In general, the public is frustrated with Congress, giving the institution only a 20 per cent job approval rating, while President Trump has an approval rating of about 45 percent.

The American people want Congress to get things done. They cheer at results, even if they don’t like specific bills. Do something – anything – is their message.

Americans are generally in favor of stronger border security, but skeptical that we need a “wall,” which has become a very politicized word regardless of whether a wall would work or not.

Most Americans support ICE, the federal Immigration and Customs Enforcement agency. They oppose sanctuary cities, but they also don’t want families separated. They want a path to citizenship for DACA recipients – young people brought to America illegally by their parents when they were children.

Month after month, the Harvard-Harris Poll shows that about two-thirds of Americans support a compromise immigration bill involving a combination of greater security and greater compassion.

The shutdown could easily go one for weeks and there will be no winners – only losers. Or saner heads can prevail, strike a reasonable compromise and let everyone come out of this a winner, having accomplished some – but not all – of their objectives.

Yet, nothing happens. So I expect there will not be any conventional winners and losers in this shutdown the way there were in the shutdowns of 1995 and early 1996.

President Trump used the rallying cry of the “build the wall,” throughout his presidential campaign, also insisting repeatedly that Mexico would pay for the wall. Mexico has adamantly refused. But the “build the wall” line was and remains well-liked by Trump’s base – though not by the rest of the American people.

The Democrats are fighting to prevent the wall from being built, but have nothing positive they are fighting for. That’s not the greatest positioning.

And another factor here is that Rep. Nancy Pelosi, D-Calif., will be elected speaker of the House when a new sessions begins Jan. 3. She wants to be standing tall against President Trump in order to keep her coalition of Democrats together.

President Trump has demanded $5 billion from Congress for a border wall, though he is now willing to take less than that, according to incoming Acting White House Chief of Staff Mick Mulvaney. Congressional Democrats are willing to spend $1.3 billion for border security that doesn’t include a wall.

The obvious compromise is for $2.5 billion to be spent on a barrier that is better than a fence – but not a wall.

If the president and the Democrats are propelled by their bases, then the current partial government shutdown will go one for some time. Both bases are polarized so completely that they would stick to their guns for the next two years if they could.

If reason and the moderates on both sides of the aisle prevail, this shutdown could be over in days – soon after Congress returns to a new session Thursday after a Christmas break.

I would estimate at least two-thirds of the public would support Democrats and Republicans in Congress and the president meeting in the middle on this. Maybe once $5 billion could launch an entire program to the moon; today it’s a very small fraction of a $4 trillion federal budget – about one-thousandth.

Today, $5 billion is about one-tenth of 1 percent of the budget. If issues of this size can’t be decided on a bipartisan basis, then we could be in for never-ending government shutdowns to get a budget. Of course, that won’t happen, but the current shutdown is not a very good start to a newly divided government.

In fact, the shutdown is symbolic of the very breakdown that the public wants its politicians to avoid.

The shutdown could easily go one for weeks and there will be no winners – only losers. Or saner heads can prevail, strike a reasonable compromise and let everyone come out of this a winner, having accomplished some – but not all – of their objectives.

No one would be a runaway winner in that case except the American people, and of course the National Parks, which get to reopen.