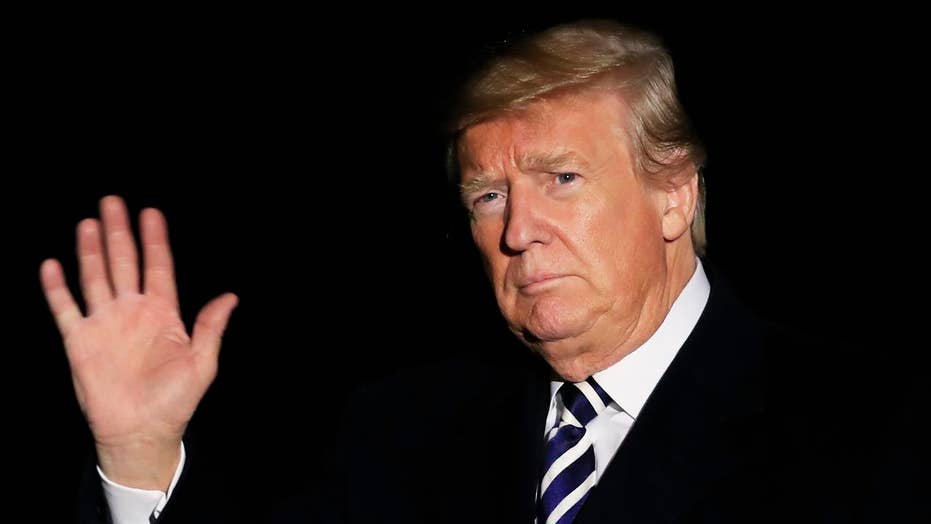 There is no question that President Trump is the most disruptive force in politics today.

The president has torn up every political playbook. His political survival after two years in office is a modern-day miracle, and his polling numbers are even running ahead of where Presidents Obama and Clinton were at this point.

President Trump’s most powerful weapon so far has not been the insult – which he certainly has been willing to use – but the idea.

Take his idea for ending birthright citizenship. Can’t say I support it. I don’t. But it’s not an insult, a racial epithet, or an off-color joke. It’s an idea that focuses on how an open-borders policy reverberates. And it’s even an idea that former Senate Democratic Leader Harry Reid of Nevada once passionately supported.

Another Trump idea on immigration is his support for creating a path to citizenship for young people brought to the U.S. illegally as children under the DACA (Deferred Action for Childhood Arrivals) program, in return for three things: a wall on our border with Mexico; an end to the immigration lottery; and a curtailing of chain migration (also known as family reunification) that enables immigrants to bring family members to the U.S.

Ask virtually any voter out there and he or she will tell you the President Trump wants to curtail immigration and secure our borders. It’s about as clear an issue position as anyone can imagine. He has made issues vs. insults a false choice and has done both.

While Americans strongly oppose splitting up families at the border, in polls they have consistently given majority support to the president’s overall position to restore border security.

The Sanders critique is simple and direct – he has labeled Trump the most racist, sexist (and four other adjectives) president in history.

Other than investigations and impeachment, what are the Democrats running on?

The adjectives against Trump fly in the mainstream media, with “racist” hard to miss as a descriptor for all things Trump.

Now, Trump is no saint here. He has hurled more than his fair share of insults, especially in response to attacks on him. And he has paid a heavy price in opinion polls as a result of his willingness to use insults when voters are asked to evaluate his personality.

Yet Trump has also deployed more specific issue ideas than anyone in a long time.

People know the president said he would move the U.S. Embassy in Israel from Tel Aviv to Jerusalem – and he did.

President Trump said would replace the North American Free Trade Agreement (NAFTA) with a new trade deal with Canada and Mexico – and he did.

The president thinks the Federal Reserve shouldn’t raise interest rates as fast as it is or it will cause a recession.

If you think about it, you probably know President Trump’s positions on almost every major issue. And obviously, he has doubled down on immigration as the make-or-break issue for him and his party.

What exactly does Barack Obama stand for? Bernie Sanders at least has free college as an idea you can remember, albeit vague.

Other than investigations and impeachment, what are the Democrats running on? They have made an issue of health insurance coverage for pre-existing conditions. Trump has said he too would cover them. The Democratic idea is not a health-care plan, but an attack.

Nor do Democrats have an economic plan many people can remember. Nor a plan on immigration. Nor a plan to deal with jobs migrating to China and Mexico.

President Trump taunts the Democrats, calling them the “open borders” party. And yet the Democrats have absolutely no plan for dealing with illegal immigration. In response, they attack the president personally – exactly how Hillary Clinton handled Trump in the last presidential campaign.

It looks like the Democrats will likely win majority control of the House in the midterm elections. So the battle of insults vs. issues may be moot in today’s rough-and-tumble politics. But if the Republicans win more seats in the Senate, that will be a victory compared to what happened in 1994 or 2010.

As surprising as it was in 2016, there’s only one candidate really running on detailed issue positions – and he is not even on the ballot this year.

Given how the presidential election turned out, it’s all the more surprising that the Democrats would again leave themselves open on the ideas front. Voters want progress, not just partisanship.