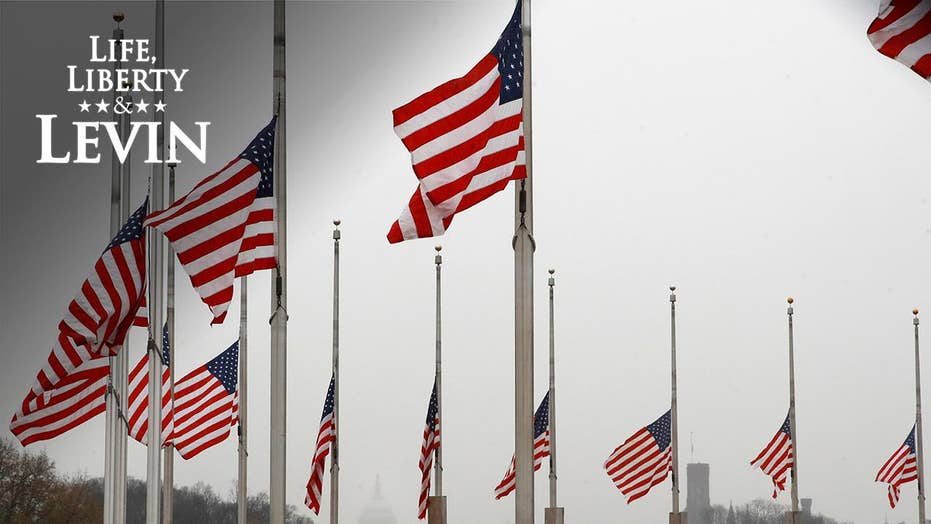 On Sunday, Mark was joined by Steve Scalise who is the current representative for Louisiana's 1st congressional district, serving since 2008. Together they discussed all things from the Democratic party to the Southern border and more.

1. A sitting president CANNOT be indicted. That’s official DOJ policy since 1973. Neither the Special Counsel nor the Southern District of New York (SDNY) nor Deputy Attorney General Rod Rosenstein can defy that 45-year-old policy.

2. SDNY is NOT expert in campaign finance violations and neither is the Clinton appointed district judge. They rarely handle campaign finance cases. The left-wing media and politicians are regurgitating what the prosecutors have merely filed in their own self-serving brief. The media and others intentionally refuse to look at the actual rules and context. They refuse to even question what these prosecutors have thrown together.

3. The actual campaign rules and context do NOT include Non-Disclosure Agreements (NDAs) or infinite other contracts, payments, arrangements, acts of a private nature, etc. as campaign contributions. This is normal human behavior and was never intended to be regulated or reported. SDNY is dead wrong. And these private payments can be made in any manner or any amount. Again, they’re private payments involving private matters. To underscore, there’s no reporting requirement because they’re not campaign payments made with or without campaign funds.

4. SDNY inclusion of these charges in the Cohen plea deal was a sleazy political and PR attack against the president by an office coordinating with Mueller and aligned with Comey. SDNY knew Cohen would plead. It, therefore, knew its absurd allegations would not be tested in any courtroom — district, circuit or Supreme Court. If they were tested, SDNY would be hammered like a nail. But it knew the left-wing media and politicians would use the mere over-the-top allegations from its office, with absolutely nothing more, to claim the president committed campaign felonies. No due process. No assumption of innocence. They knew they couldn’t charge a sitting president. Thus, they convict the president in the press, not only an extreme act of professional misconduct but a violation of the very purpose of the DOJ memos banning the indictment of a sitting president while effectively indicting him in the court of public opinion, and watch as untold numbers of media personalities and former members of the SDNY, among others, use this dirty work to predict or demand the president’s indictment and/or impeachment.

5. As for impeachment, NDAs involving wholly private matters occurring before the president was even a candidate and completely unrelated to his office cannot legitimately trigger the Constitution's impeachment clause. Indeed, they could not be more irrelevant. The history of the clause and its “high crimes and misdemeanors” language make it crystal clear that the office and the president’s duties are not affected in any conceivable way by these earlier private contracts. Of course, Democratic Rep. Jerrold Nadler, another NYC radical, could not care less. He’s more than thrilled to be an executioner in this French Revolution redux. The Constitution be damned. Meanwhile, he and the others wave around the Constitution as if they’re defending it against a tyrant. It is they who are the tyrants.