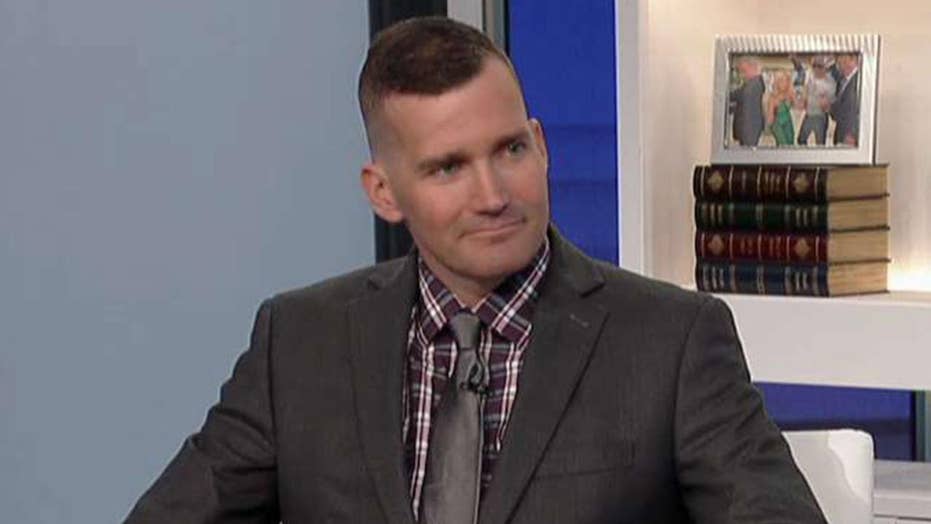 Veteran speaks out against assisted suicide

J.J. Hanson says he is thankful he wasn't offered assisted suicide when he was told he was dying.

I’m thankful I don’t live in a state like Oregon, where assisted suicide is legal. When I was diagnosed with terminal brain cancer and told I would probably be dead in four months, I went in an instant from living the American Dream with my wife and son to living a nightmare. In that moment of depression, I might have chosen to end my life.

After a seizure sent me to the hospital, the neurosurgeon told me I had a brain tumor known as glioblastoma multiforme (GBM) and that the tumor was inoperable. In fact, three different doctors told me there was nothing that they could do.

The news was overwhelmingly depressing. As a United States Marine Corps veteran of the Iraq War, I could have lost my life on a faraway battlefield serving my country. Thankfully I survived, but I had now received a death sentence at home.

With the support of my family, I chose to fight the cancer. I have had some great success with an experimental, cutting-edge treatment and am still alive three years after I was told I had only a few months to live.

Not everyone is so lucky to have the support I do. Since my diagnosis of terminal brain cancer my wife and I welcomed our second son into the world. I would have missed out on so much if I had been given – and had accepted – the option of assisted suicide.

Assisted suicide laws require a prognosis of six months or less to live, but how can we let our life-and-death decisions rest on these prognoses, when even the most experienced doctors are often wrong? My own experience reveals how tragic that could turn out to be.

We also know from the 2016 Oregon Health Report that in Oregon, which 20 years ago became the first state to make assisted suicide legal, only 4 percent of patients considering ending their lives were referred for psychological evaluation.

Yet a 2008 study, published in the peer-reviewed medical journal The BMJ, revealed that 25 percent of patients requesting assisted suicide suffered from major depressive disorder. These numbers suggest that people with mental illness could well be prescribed a death-too-soon, instead of the treatment they deserve.

On top of that, the legalization of assisted suicide injects government and profit-driven insurance companies into everyone’s end-of-life decisions. Just in the last year, more cases have surfaced of patients being denied coverage for care, showing how legalizing assisted suicide results in more abuse and less choice.

Take, for example, Stephanie Packer, a California mother of four suffering from a serious case of scleroderma, a chronic connective tissue disease. She reported that her insurance company denied her coverage for chemotherapy treatment but would pay for her to kill herself.

Then there is Dr. Brian Callister, a Nevada physician who asked insurance medical directors to approve lifesaving, curative treatments for a patient in California and another in Oregon – two states that have legalized assisted suicide. Callister’s requests were denied, and the patients were offered coverage for suicide drugs instead.

People are starting to realize the threat that assisted suicide poses. Though an onslaught of new bills has been introduced, 23 states have rejected laws designed to legalize assisted suicide this year.

And states like Alabama and Ohio recently enacted laws to strengthen the prohibition of assisted suicide. Legislators across the nation of all political persuasions are recognizing that assisted suicide is bad policy and puts people like me at risk.

Some vulnerable populations, like people with disabilities and terminal illness, are at more immediate risk to be adversely affected by the legalization of assisted suicide. But the truth is, assisted suicide affects everyone.

Just ask my wife and our sons.