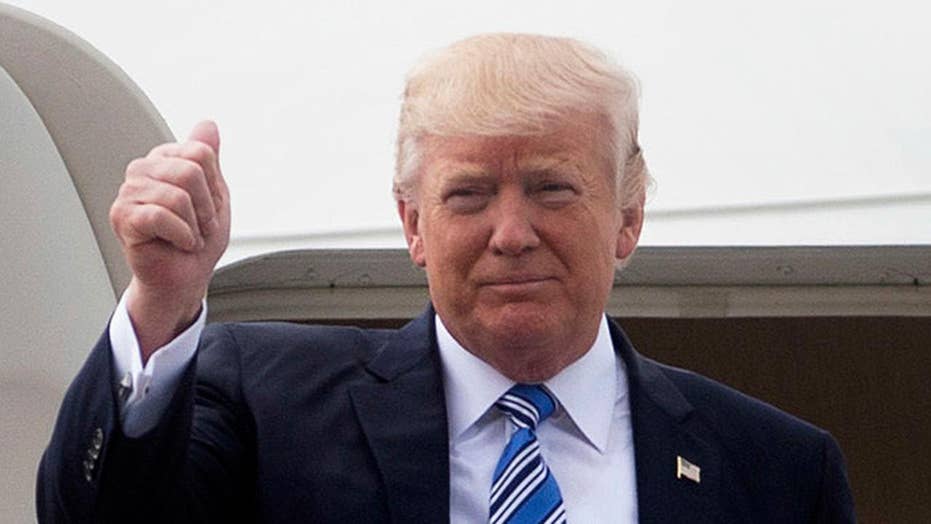 Foreign trips are tricky terrain for new presidents. They involve complex diplomacy, obscure protocol and unfamiliar operating environments. President Trump will confront all of these complications during his first overseas visit, which begins today – with each stop carrying its own challenges and potential for missteps.

First, the president will spend several days meeting with Saudi officials in Riyadh, with the fight against ISIS topping the agenda. He will also give a speech on Islam – remarks that would require a delicate rhetorical dance for any leader, but that will be especially tricky for a president who ran promising to implement a Muslim ban.

He will need to use language that sends a positive message to the Saudis, to our other Arab allies and to moderate Muslim citizens whose help we need in the fight against extremism.

I’m dubious that Stephen Miller, who is reportedly writing all the major remarks for this trip, is up to that challenge.

Trump then heads to Jerusalem, where Israelis are already expressing concern about several of his administration’s recent decisions.

He walked back a key campaign promise to move the U.S. Embassy to Jerusalem, and last week he gave highly classified Israeli intelligence to the Russian government, putting at risk Israel’s sensitive source with critical information on terrorist plotting.

I hope the reports that Trump will spend only 15 minutes at Yad Vashem, Israel’s Holocaust museum, and that he’ll skip Masada altogether are proven wrong. These are important signals of commitment to the relationship.

Next, Trump travels to the Vatican for meetings with Pope Francis, who has criticized some of the president’s rhetoric and policies, especially related to tolerance and acceptance of refugees.

The pope will surely treat the president with respect, but he likely won’t be shy in making his views clear – and a lot of people will be listening to him.

Finally, Trump will participate in his first series of multilateral meetings at NATO in Brussels and the G-7 in Sicily. These meetings can be tedious and highly-scripted affairs – traits that do not play to the president’s strengths.

NATO will be looking for signs that he now fully understands the importance of the alliance. And members of both NATO and of the G-7 will try to decipher exactly what role Trump wants America to play in the world.

I traveled to more than 30 countries with Secretary of State John Kerry, so I know firsthand the difficulties that can arise on these trips.

The time difference itself makes you feel very far removed from Washington – and especially from the news cycle.

For a president who is laser-focused on media coverage, being so out-of-sync will undoubtedly be frustrating.

Trump also reportedly does not like to venture far from his comfort zone, which will make the fast-paced schedule with multiple nights in different cities even more discombobulating.

This can lead to a whole host of problems, including clouded decision-making processes and heightened stress for the entire traveling team. That’s why most presidential candidates embark on foreign trips during their campaigns, as test runs to get their feet wet and show the American people they can represent them on the world stage.

Candidate Trump did not take such a trip in the way his predecessors had – he spent only part of one day in Mexico – so this really is the first time he will face this situation.

The president’s time is among his most precious assets. Spending nine days abroad means you have to come home with tangible deliverables – photo ops aren’t enough.

What will the Saudis actually commit to do on Syria or Yemen? Will the Trump administration return with a more fleshed-out plan to defeat ISIS, or more clarity on how it sees Syrian President Assad’s future? Will there be any concrete ideas floated to get Israeli-Palestinian talks moving again?

Every American should want our president to succeed in the international arena – politics really should stop at the water’s edge.

After weeks of political chaos here at home, the chance to head overseas probably seems like a welcome break. We will see if President Trump can rise to the occasion.

Marie Harf is a contributor for FOX News Channel (FNC), providing political and national security analysis and insight across FNC and FOX Business Network’s (FBN) daytime and primetime programming. She joined the network in 2017.